José María Alguersuari, 'the boy from the photos', shows all his facets in Teià

José María Alguersuari (Sabadell, 1945) is possibly the earliest photojournalist in the Spanish press. 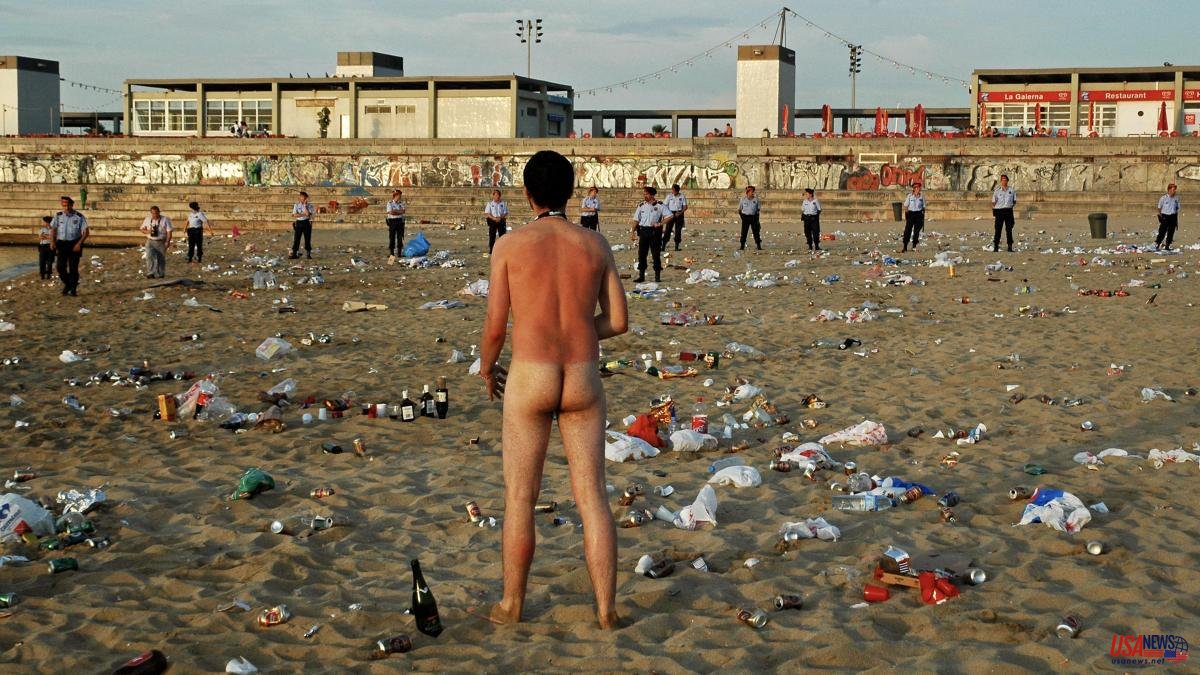 José María Alguersuari (Sabadell, 1945) is possibly the earliest photojournalist in the Spanish press. He began by taking photos without a camera, with a wooden box on which he painted a lens. He would go out into the street, shoot here and there and come running back to, in the darkness of a makeshift laboratory in the elevator shaft, draw on paper what he had recorded in his memory. With his first Bakelite camera – a first communion gift – he accompanied his father, also a photographer Francesc Alguersuari, to cover car and motorcycle races, and when he began to be absent for months to follow the cycling laps, it was he who became charge of the family business. At 15 years old he was still beardless but he had his own press card.

The boy in the photos, as he likes to call himself, is also the title of a documentary and an essential exhibition that can be visited from Thursday to Sunday at the Municipal House of Culture La Unió de Teià, his adopted town. The readers of La Vanguardia , a medium in which he worked for 25 years, will surely remember some of his images for the gravure covers (such as that of the Comediants on top of the Arc de Triomf) or for the Magazine , with an Àlex Crivillé riding a cardboard motorcycle on the dome of the Fabra Observatory. “I believe that creative illustration photography is a parenthesis for a photojournalist, a relaxation, just as a fictional novel written by an investigative journalist could be. And I had a great time doing it,” he recalls.

Despite the age difference, he is the youngest of that extraordinary generation of photographers that included Miserachs, Colom, Colita or Maspons, for whom Alguersuari was "the founder of a branch of creative photojournalism that I think did not exist before appearing the". His archive is full of bold and imaginative photos (boxer Alfredo Evangelista tenderly looking at a chick he is holding in his hand); of impossible or crazy images, but also of random snapshots, like that tourist whose clothes have been stolen and the police discover him alone and naked on the beach after a festival of Sant Joan or that of the Seat 600 competing in the Girona Rally year 1964 with the two side wheels raised from the asphalt. Your favorite of his? That of an accident during the 1985 Vuelta Ciclista, with two runners still on the ground and their partner screaming for help. “It has it all: light, depth, action, drama.”

And also, of course, there is the seductive Alguersuari, a facet that he has thoroughly cultivated, especially in portraits. “The photographer has to be a snake charmer, a seducer, and I have made a living seducing. Knowing how to pull those strings is much more important than mastering the technique”, he points out and recalls that thanks to this he got a great photo of Woody Allen in New York. Frustrated by the time constraints, he asked, "Mr. Allen, how can I befriend you?" “He looked at me surprised and told me: ‘you have five more minutes’. And there was the photo.