José Manuel Albares: "The relationship with the United States is the closest in twenty years"

After the NATO general assembly in Madrid, it is time to take stock. 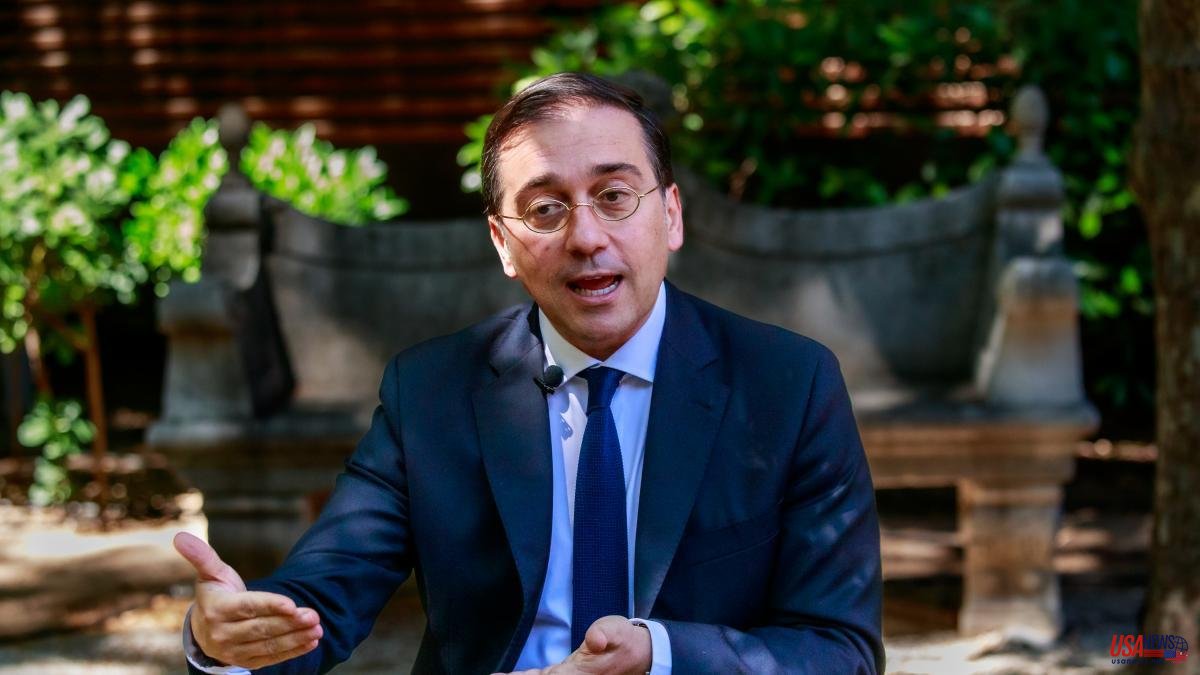 After the NATO general assembly in Madrid, it is time to take stock. The Minister of Foreign Affairs, José Manuel Albares, gave an interview to La Vanguardia last Friday to review everything that had happened in the last fifteen days.

Everyone talks about organizational success, with good returns for the image of Spain. However, this success contains a paradox: the Spanish celebrate the good development of an event that announces a worse life.

It is a country success, without a doubt. It is a success that corresponds to the Government, but also to the diplomatic corps, to the armed forces, which have been committed to the security of NATO's borders for so many years; a success for the State security forces and bodies, and ultimately, a success for the citizens. A success for the geostrategic position of Spain, because we have strengthened ties with the United States and with our European partners. A success because we have come out of the Madrid conference more united and more cohesive in the face of the disorder that the illegal invasion of Ukraine has introduced. I do not deny that it is a very complex moment. But governing is just that: trying to give citizens security in difficult times.

The new Strategic Concept is very hard on China, a country that hardly has any military bases outside its borders (Cambodia, in project) and that has not invaded anyone. China appears as the most fearsome systemic rival. In Beijing they may consider him a threat.

No one should feel singled out, attacked or threatened by the new Strategic Concept. It must be remembered that NATO is a defensive alliance, not an offensive organization. What the Strategic Concept approved in Madrid does is determine what are the threats that hang over the member countries, or those that can materialize in the next ten years. It is a document for a decade.

Can a greater capacity for economic, commercial and technological competition with Western countries be elevated to the rank of a military threat?

There is a rivalry with China by the member countries of the Atlantic Alliance, but if we analyze the new Strategic Concept carefully, it becomes clear that there is a tangible threat: Russia. China is not at that level. And what we all have to look for is that the differences with China be resolved through dialogue and negotiation. Spain is in that position.

Spain was very interested in the Strategic Concept focusing on NATO's southern flank. The document speaks of the Sahel, but the expression southern flank is not mentioned many times.

The Strategic Concept speaks of the southern flank and there is a specific paragraph that refers to North Africa and the Middle East. The foreign affairs ministers' dinner on the 29th (Wednesday) was exclusively dedicated to the southern neighbourhood. The foreign ministers of Mauritania and Jordan, two good friends of Spain, were invited to that dinner. NATO has understood the problem of the Sahel, the epicenter of international terrorism at the moment, once the Islamic State, greatly weakened in Iraq and Syria, has moved there. There is awareness of what the use of irregular immigration as a political weapon and the unacceptable political use of the control of energy flows can mean.

Ceuta and melilla. There has been a lot of talk in the Spanish press these days about the breadth of the NATO umbrella. At some point it seemed the central theme. Are we not facing a Spanish-Spanish dispute?

It seems well seen to me: a Spanish-Spanish dispute. We have been in the Atlantic Alliance for forty years and I have never seen it questioned whether Ceuta and Melilla are protected. In case it was necessary to specify it, it has been made clear. The Secretary General of NATO has made it clear. The Strategic Concept makes it very clear that NATO will protect every square inch of the territorial integrity of member states.

As the delegations arrived in Madrid on Tuesday, Spain began to send gas to Morocco with great discretion.

This shipment of gas to Morocco tells us about the fundamental role of Spain and the entire Iberian Peninsula on the European energy map. We have 50% of the regasification capacity (transformation of liquefied gas into gas) in all of Europe. Since Spain is a country willing to collaborate with its neighbors, we are sending gas to Morocco, previously regasified at our plants. We are also sending gas to France through the Basque Country and Navarra. This is what we want to do with the new cross-border connections [Midcat gas pipeline] and with that Barcelona-Livorno connection that is already included in the European plans. Europe is facing a great challenge, and Spain is ready to help with its large LNG reception capacity.

The Minister of Ecological Transition is the one who deals with that. The message that Algeria had transmitted to us was that Algerian gas is for the exclusive use of Spain, and that has been fulfilled. [Morocco buys liquefied gas from the United States].

Days before the incident occurred next to the Melilla fence.

What happened next to the Melilla fence is a human tragedy that moves us all and that has to lead us to reflect. It is more important than ever to strengthen the relationship between the countries that are recipients of emigrants. The phenomenon of irregular immigration is very complex. We just saw it in Texas. The case of Ceuta and Melilla is very special because Spain is the only European country that has a land border with Africa. Controlling that border is extraordinarily difficult work. Without the collaboration of the Moroccan Gendarmerie it would be practically impossible.

Does the Government know the exact dynamics of what happened?

At the moment in Spain and Morocco there are independent investigations by the Public Prosecutor's Office, the Spanish Ombudsman and the Moroccan Human Rights Commission. Therefore, we wait to know what has happened to establish responsibilities. But I assure you that mafias exist.

The President of the Government took 48 hours to mourn the deaths in Nador. This delay in a ruler very accustomed to communicative agility is surprising. Why? Did you want to send a message of toughness before the imminent NATO assembly in Madrid?

When the president spoke for the first time, he did not know all the extremes of what had happened. But beyond the words, the important thing is the facts. This government cannot be accused of insensitivity. This Government has shown humanity and empathy with the refugees. The immigration regulation has been reformed. Development aid has been recovered, which was at a minimum, lowering budget after budget. Less than twelve months ago we took in more than 1,600 Afghan refugees, deserving the praise of the European Union. These are the facts.

When will Spain send more troops to Eastern Europe?

Once the new Strategic Concept has been approved, it is up to the senior staff of the Atlantic Alliance to design a calendar. Spain, as always, will show solidarity and will live up to its due.

Is the expansion of the Rota base the cornerstone of the relationship with the United States?

The agreement based on Rota shows that the relationship between Spain and the United States is the closest in the last twenty years.

When will it pass Parliament's review?

The prescribed course will be followed.

Defense budgets and the expansion of Rota are going to strain the coalition government and parliamentary support. The PSOE could remain in the minority and have to ask for the help of the Popular Party.

It seems inconceivable to me that progressive forces whose hallmark is the protection of the weak do not understand that now the Spaniards must be protected on two fronts: the threats to their security, which come from the eastern front and also from the southern front, and the economic consequences of the war. There are countries that are giving us an example.

If the Government is broken by NATO, we go to other political scenarios. Perhaps the Concept of Madrid has put the rails for a government of national agreement in Spain.

Democracy presupposes the existence of different alternatives. That is what must survive.

Can you imagine the Strategic Concept of 2022 managed in three years by Donald Trump or a surrogate for him in the presidency of the United States?

The Atlantic Alliance is an alliance of democracies. The Strategic Concept approved in Madrid is a response from democrats for democracies.