Jordi Sànchez on Junqueras: "Either he is an undocumented person or he is lying"

Harsh words from the former general secretary of JuntsxCat Jordi Sànchez against the president of Esquerra Republicana, Oriol Junqueras: "Either he is an undocumented person or he is a person who lies". 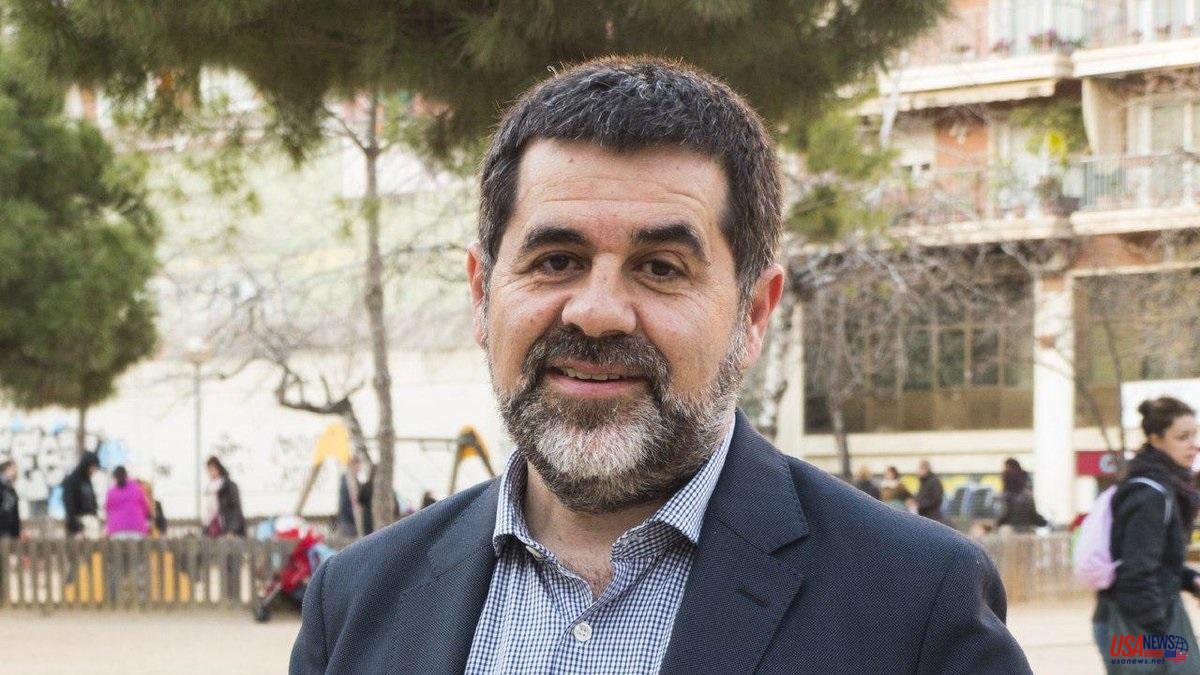 Harsh words from the former general secretary of JuntsxCat Jordi Sànchez against the president of Esquerra Republicana, Oriol Junqueras: "Either he is an undocumented person or he is a person who lies". Declarations that add more fuel to the division experienced by independence on the eve of a Day marked by the absence of the president of the Generalitat, Pere Aragonès, and all the councilors of the ERC. However, what has motivated Sànchez's epithets to Junqueras, former prison mates in module 2 of Lledoners, as he has been responsible for recalling, has been the dialogue table and specifically the veto of the Junts delegation for no be composed exclusively of members of the Government.

Last Tuesday, the Republican leader assured, in an interview, that when Junts accepted the government agreement that allowed the investiture of Aragonès, he promised to accompany the negotiation process with the Government and regretted that "unfortunately he has not done so". Junqueras asserted that the agreement sealed between Sànchez and Aragonès included that whoever would represent the Catalan side at the negotiating table would be part of the Government. "If there is an agreement on this issue, what is appropriate is to respect it," he said.

Sànchez has responded this Thursday on Catalunya Ràdio. After certifying "the love I have for Oriol" for shared prison experiences, the former post-convergence leader said: "Either he is, something that is not usual for him, an undocumented person or he is a person who lies." He has seemed to opt for the first option by pointing out that Junqueras "probably does not have all the information" and adding that the president of the ERC "was not in any of the talks to form a government, despite the fact that we shared a module, despite the fact that we had the opportunity to file the job. "We did not sit down for two minutes in module two of Lledoners to facilitate closing the agreement", he has continued, in what has resembled a lament. However, Sànchez has recalled that he took the entire negotiation externally to jail with a team from Junts and with a team from ERC and closed it personally with Aragonés.

The former leader of Junts has delved into the literalness of the agreement to clear up doubts that "unequivocally establishes that the delegation that can be integrated into what should be the dialogue table would represent the set of sensitivities of independence." Sànchez did acknowledge that in subsequent meetings Aragonès proposed that the delegation be made up only of members of the Government, to which he replied that his formation would designate the people he considered appropriate.

"We wanted to prevent the dialogue table from being confused with a bilateral commission" that already existed and whose function has been highlighted but which is limited to "discussing sectoral issues", Sànchez pointed out to justify the fact that the members proposed by Junts they were not all ministers. In September 2021, Junts proposed Sànchez himself, his successor in the General Secretariat, Jordi Turull, the Vice President of the Generalitat, Jordi Puigneró, and the spokesperson in Congress, Míriam Nogueras, for this forum.

Questioned about who vetoed this composition, Sànchez reiterated that his impression was that it came from La Moncloa and cited a press conference by the then Government spokesperson in which he said that the Government of Spain would never accept a delegation like the one he proposed Together. "Then Aragonès said it was him, there he was," he added.

The also former president of the Catalan National Assembly has acknowledged that they did not trust this space for dialogue but that they intended to "loyally accompany it", although he regretted that "at first glance" they were required that "third parties outside of Junts" be able to decide "who sat at that table in the name of Junts". "A conversation can go badly in which you can't even decide your interlocutors", he has settled.

Jordi Sànchez has also responded to Junqueras in relation to the demonstration by the ANC de la Diada that the ERC leader saw directed against his formation to the extent that his manifesto disparages the dialogue table, an essential pillar of the republican political strategy. For the former president of the pro-independence entity, the demonstration "is not called against any pro-independence supporter or against any political party but rather to show muscle and demand that we leave the field where we are" and the protest is "as transversal and inclusive" as the first or those that were made at his command.

Sànchez has said that he understands and respects Aragonès' decision not to attend the march but has called Junqueras' words "disproportionate", which, in his opinion, reveal that "criticism is not accepted and this is very serious". "We don't like to be criticized, but criticism should be accepted naturally," recommended the former post-convergent leader who has claimed "not to make a category of the specific case." However, he has recognized that criticism is also Junts' responsibility and has warned that the day "the ANC is not critical and demanding is that it will have stopped doing its job".