Jordi Pujol returns to the Parliament of Catalonia today to celebrate the 90th anniversary of the Chamber, in what will be his first appearance in the institutional arena after suffering a stroke last September. 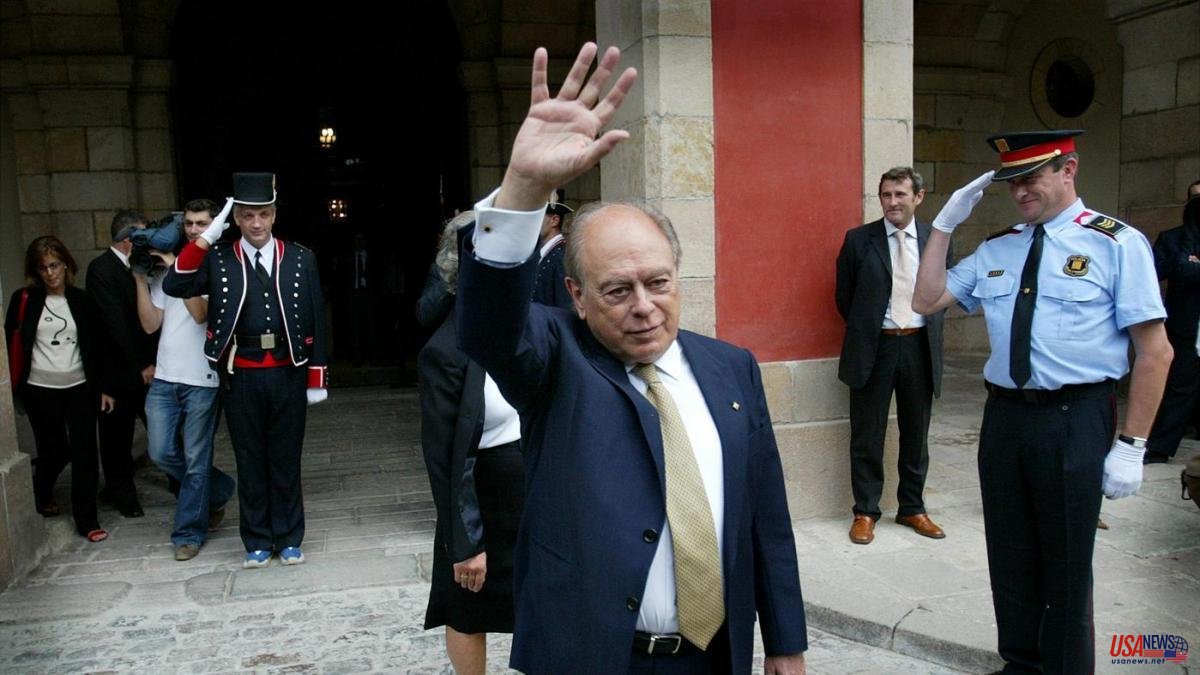 Jordi Pujol returns to the Parliament of Catalonia today to celebrate the 90th anniversary of the Chamber, in what will be his first appearance in the institutional arena after suffering a stroke last September. Two months later, in November, he was already seen in Manresa at the presentation of the memoirs of the doctor and activist Carles Llussà, who died in April but had his book A la recerca del temps passat ready beforehand. The former president had been friends with him since the early years of the Convergència Democràtica de Catalunya and took part in the event that was held in the capital of Bages.

The former president also attended last night, accompanied by his daughter Marta, the preview of a documentary on Ramon Trias Fargas that TV3 broadcasts today and assured Efe that he is "fine" and that for him it is "exciting" to attend an act of homage to that he was Minister of Economy under his mandate in two periods, between 1980 and 1982 and between 1988 and 1989. "Today the party is not for me, it is to pay tribute to a wise man and a close person such as Ramon Trias Fargas", Pujol declared when asked about the documentary that HBO premiered about him and his family, 'La Sagrada Família' at the end of November.

Since February of this year, Pujol has been seen several at events organized by the Generalitat (by departments controlled by Junts) after several years in ostracism due to the criminal case that he plans against his family and the undeclared money in Andorra that he confessed in July 2014. He participated with other former presidents in a round table on the future of Europe and attended the Ramon Trias Fargas year commemorations with Miquel Roca, and even coincided with Pere Aragonès.

After suffering the stroke, the 92-year-old former president was hospitalized for several days, but was discharged after a few days and has been recovering. The last time Pujol attended Parliament was in 2016, discreetly, at the farewell ceremony for Muriel Casals. The previous time it was on the occasion of the investigation commission that was launched in the Chamber on the Pujol family, in which he had to testify and his wife, Marta Ferrusola, and his children and the one he the former president was disapproved.

The solemn session that will take place at the institution will also be attended by former presidents José Montilla and Artur Mas. Quim Torra will not be able to do it for family reasons. The other two former presidents of the Generalitat will not attend for obvious reasons, Pasqual Maragall due to his illness, and Carles Puigdemont because he lives in Belgium and would be arrested if he returns to Spain.

The event has been invited to the around 600 ex-deputies who are alive, current parliamentarians and other elected officials, from the Congress of Deputies and the Senate, as well as representatives of civil society. In addition to the former presidents of the Generalitat, there will also be the former presidents of Parliament Joan Rigol; Ernest Benach; Nuria de Gispert; Carme Forcadell and Roger Torrent.