Jordi Pericot, the new digital life of a 92-year-old humanist

In 1984, after a fruitful career in which he had become an essential figure in kinetic art in Spain, Jordi Pericot (El Masnou, 1931) cut off his artist ponytail with one last painting, MeRdA , in which he denounced the commodification of art with a sequence of six self-portraits in which he showed himself pronouncing the word merda. 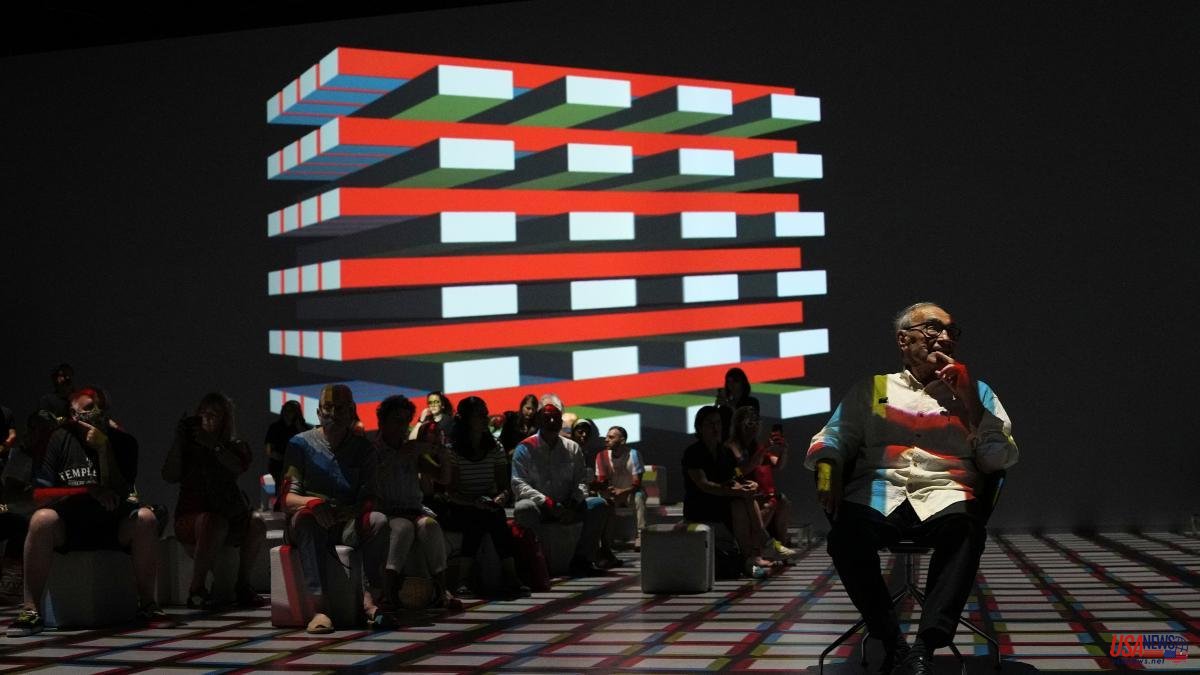 In 1984, after a fruitful career in which he had become an essential figure in kinetic art in Spain, Jordi Pericot (El Masnou, 1931) cut off his artist ponytail with one last painting, MeRdA , in which he denounced the commodification of art with a sequence of six self-portraits in which he showed himself pronouncing the word merda. That resounding goodbye and without a return ticket gave way to a second life now exclusively as a pedagogue and design theorist (he refounded the Elisava design school, which he directed until 1980, and in 1992 he participated in the foundation of the Audiovisual Communication Studies of the UPF). However, his experimental work –of an advanced digital aesthetic in analog times– is still there, furiously current, starting with that MeRdA with which Pericot: Art expandit closes, an admirable exhibition with which the Ideal, Center d'Arts Digitals projects his intuitions of “a world where everyone would be their own artist” into the present through immersive and interactive installations created by young digital artists in their early twenties (Layers of Reality).

Jordi Pericot, 92, a humanist who studied philosophy so as not to have a profession and has always tried to "find the playful side of serious things", enjoyed seeing how the geometric motifs of his works flooded the space and came to life thanks to some old 3D glasses. Then he met again and signed – “Jordi Pericot, 1974” – with a reconstruction of Seat 133 that he exhibited that summer together with other artists linked to the MAN group on Rambla Catalunya. Each of them (Hernández Pijuan, Ràfols Casamada, Amèlia Riera, Arranz Bravo...) seized a car. But it was his, which alluded to police cars (he tried to camouflage the word Police in the inscription 90-1C14) and through whose holes he vomited a gray mass of polyurethane, which provoked demonstrations by the vigilante group Guerrilleros de Cristo Rey. The exhibition was censored and he was left without traveling to the Paris Motor Show.

Pericot, who began his career as a painter in the 1960s in the French capital and represented Spain at the 1972 Venice Biennale, returned to Catalonia after his passport was withdrawn as a result of his participation in 1970 in the running of the bulls. intellectuals from Montserrat, in protest against the Burgos process. He was the founder of the group MENTE together with Joan Mas and Daniel Giralt-Miracle, and his work is permanently exhibited in the space that bears his name in El Masnou. In the rooms of the Ideal (until September 4) you can see about twenty originals.