Vanvleet went for a basket with 9 minutes to go in the third quarter, but his drive was cut short with a foul by Terence Davis. 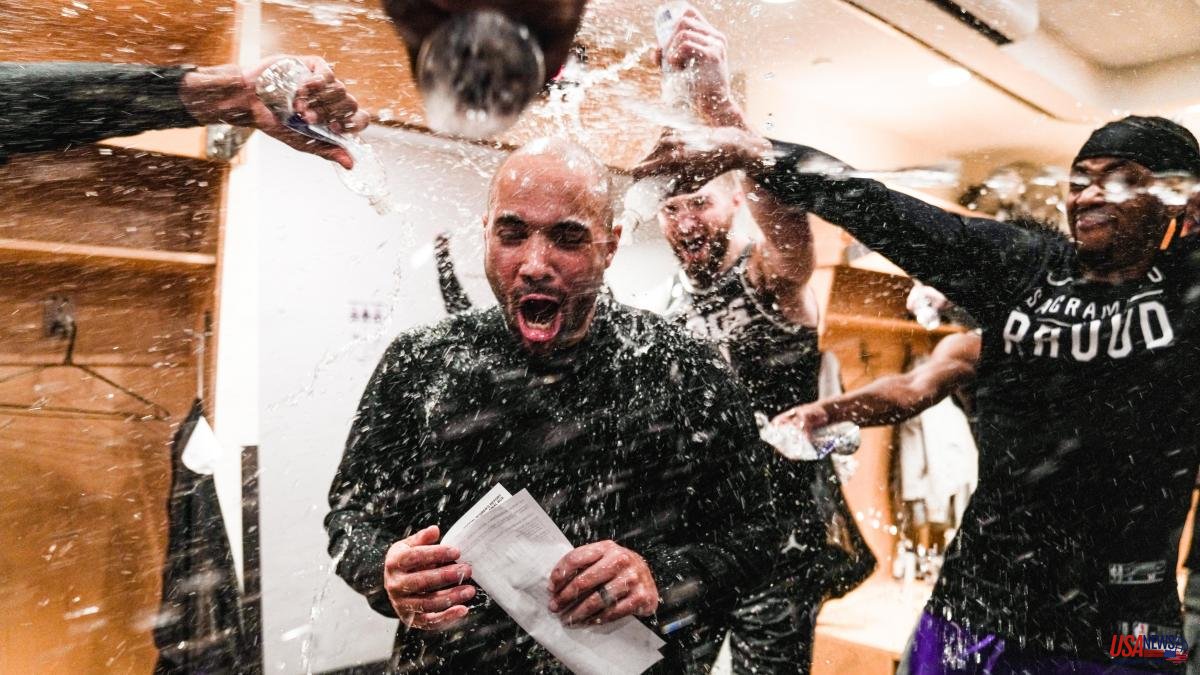 Vanvleet went for a basket with 9 minutes to go in the third quarter, but his drive was cut short with a foul by Terence Davis. The Toronto Raptors were ahead of the Sacramento King by four points and the Canadian star was preparing to shoot free throws. Everything seemed to go on as normal until the Californians' coach, Mike Brown, flew into a rage at the referee's performance, invading the track yelling at one of the referees, and earned a well-deserved expulsion with two techniques. In the background, between astonishment and surprise at the scene, the assistant coach Jordi Fernández appeared, who began to sense what was to come, his dream: he was going to become the head coach of an NBA team for a few minutes, the first Spaniard to achieve it.

"My goal is to have a positive impact on the organization I'm in. My ultimate job is to make life easier for the coach. If my good work gives me that opportunity, I'll be ready. I believe I am and will be able to do it, but what depends on me is the position I have today and I'm very excited", explained after the game, which ended with a victory for the Kings (123-124), the Badalona coach, 39 years old and trained in the youth academy Joventut, who after years breaking stone in the North American league has fulfilled "the American dream", although for the moment in a fleeting way,

He came to the United States in 2004 for a campus and began his career in American basketball in 2006, when he began a three-year stint at Impact Basketball Academy, a player development company. Then came the opportunity to enter the NBA, where he debuted in 2009 as a development coach for the Cleveland Cavaliers, led by LeBron James and coached by Mike Brown, undoubtedly his great supporter in the League.

Fernández continued his training in 2014 as head coach of the G League's Canton Charge and in 2016 he returned to the Ohio franchise, which that year won the ring. The Nuggets recruited him at the start of the 2016-17 season, as an assistant coach, and this season he has crossed paths with Brown again in the Kings.

"Jordi, taking the initiative, did a great job (...) He is doing a very hard job. In defense he is always telling us where to be and he helps us a lot. He is the first coach in defense and that is how we are going to win games", he said after the match the Lithuanian center Domantas Sabonis, trained in Spain, who was one of the Kings players involved in the shower of champagne received by the Badalonian upon entering the locker room.