Stephen Sondheim, with a text by Burt Shevelove and Larry Gelbart, premiered Golfus de Roma on Broadway in 1962. 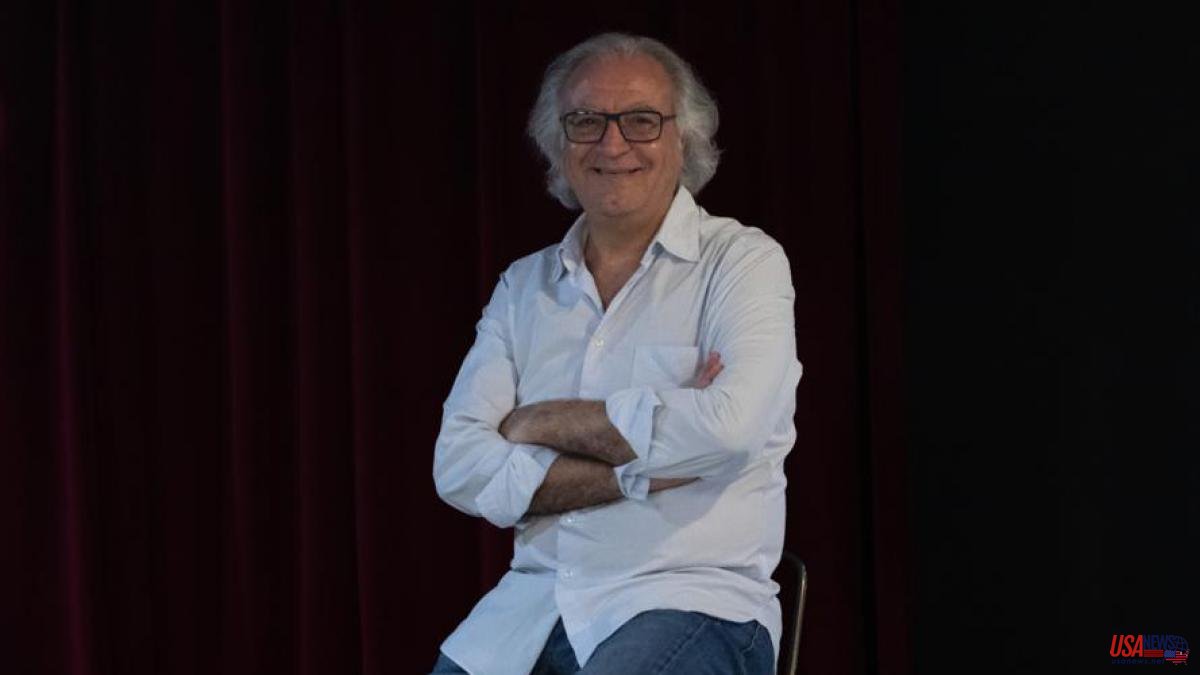 Stephen Sondheim, with a text by Burt Shevelove and Larry Gelbart, premiered Golfus de Roma on Broadway in 1962. Last year he had a season in Madrid with Carlos Latre, and now, starring Jordi Bosch and in a Catalan version, it comes to Paral·lel de Barcelona, ​​at the Condal theater, with a Focus production and the Mérida Festival, where it premiered.

The direction is by Daniel Anglès, who has adapted it to the world of clowns with Marc Gómez. Bosch, one of the most versatile actors on the Catalan scene, leads this crazy troupe, in which Mercè Martínez also stands out, to explain to the public that "some funny thing happened on the way to the forum", as the title says of the musical in English.

How do you take the challenge of starring in Golfus de Roma?

It's those titles that we always have there that we like the world of musicals... and the world of nonsense. I was lucky enough to do Spamalot, which was immeasurably spirited, and when they offered me this role, I thought: “Welcome!”

Do you ask for a lot of physical demand?

It requires a lot of energy and vitality, and you have to be careful because I'm already old. But it's such a beautiful material, I couldn't say no. It reminds me of vaudevilles that have many entrances and exits, cabinets that close, doors that open... It gets tangled up all the time and in the end, when everything is tangled up, we fix it in a pimpampum and it hasn't happened here nothing, because we have come to have a good time.

How do you feel about the character, who in this case is a clown?

Very good, because it's my rope and it has the animal thing of going out to play the hooligan. It has elements of the harlequin, of the commedia dell'arte, of great vaudeville.

And with music by Sondheim.

The music is spectacular. Sondheim really was gifted to give us theatrical music. It's not just the melody, because what he wants is to tell us a story. And you have to know a lot to do what he does.

He has said that the character is his rope, but he has also played dramatic roles, such as Beckett's Endgame, last season.

I admire clowns a lot because there is a very elaborate technique behind it, it's not just funny. And there is always the theater game. The advantage of being from the world of interpretation is this fan that now allows you to play one string and now another. We try to play them all and sometimes one doesn't come out as well as another, of course.

Is it faced differently in each case?

In the drama there is a depth. And if you always do drama, then you lack the lightness of comedy, and the different rhythms.

As has happened with many Catalan performers, were Els pastorets also your theatrical cradle?

And so much, in the Cabanyes de Mataró room. She was 14 years old and there I discovered the world of theater. I don't know how to explain it, but it's funny how something can connect you so much. Later we did La pau returns to Atenes with Carles Maicas at the Xaloc, in 1976, and we went to the Grec. Made the military, I joined the company directed by Santiago Sans and we made Mort accidental d'un anarquista, which was the bomb, and in 1983 I joined the Teatre Lliure company. I talk a lot about luck because things happen to you and if you catch one it takes you down one path or another.

What is the first work he did in the Free?

Warning for small boats by Tennessee Williams, directed by Carlos Gandolfo. They offered me the role of a policeman who said two sentences and I was so happy to be able to rehearse next to that company that I admired so much! Puigserver, Pasqual... And works and more works came.

After many years, in 2012 La Bête arrived, where she had to replace Anna Lizaran when she fell ill.

They called me and told me they had this problem. Anna was a really great friend and we had shared many things. They had already done dress rehearsals, it was a week before the opening and Anna got sick, so they had to close the theater. I thought: “Let's all push hard not to close the theater and also for Anna, for all the work you've done to get here”. But I put the condition that, the moment she could play the part, she would do it. I just wanted to cover the hole, but he couldn't go back. That was in October 2012 and she died in January, now it will be ten years. It was a very hard blow.

He has also done films and television series. Where do you feel most comfortable?

Everywhere. What theater has is that in the end you dominate it, and when you make an image, no. You put the face and they manipulate the final result. They also enrich each other, needless to say.

But in Golfus de Roma you do dominate everything.

(He laughs out loud) The production is very powerful, with live music, 26 performers... Golfus de Roma needs a powerful machine and here it is.

How would you explain the argument?

It is a simple story, where a slave is promised that he will be freed if he helps to achieve something, but in between a lot of situations happen that mess everything up. In our assembly, we incorporate a company of clowns who are the ones who tell this story.

And have they adapted it to their way of doing it?

No, although we each do it in our own way. Carlos Latre incorporated imitations, of course, and I imagine that Gurruchaga, at the time, must have made that interpretation that was so his own. I am more inspired by the commedia dell'arte.

What would you tell people to come see it?

We have to go to the theater, to the whole theater, because it is a mirror of ourselves, because the soul breathes, because we need to see that we are not alone when we laugh or when we get excited.