Jordi Alba receives an offer from Inter Milan: This is how Barça faces the last hours of the market 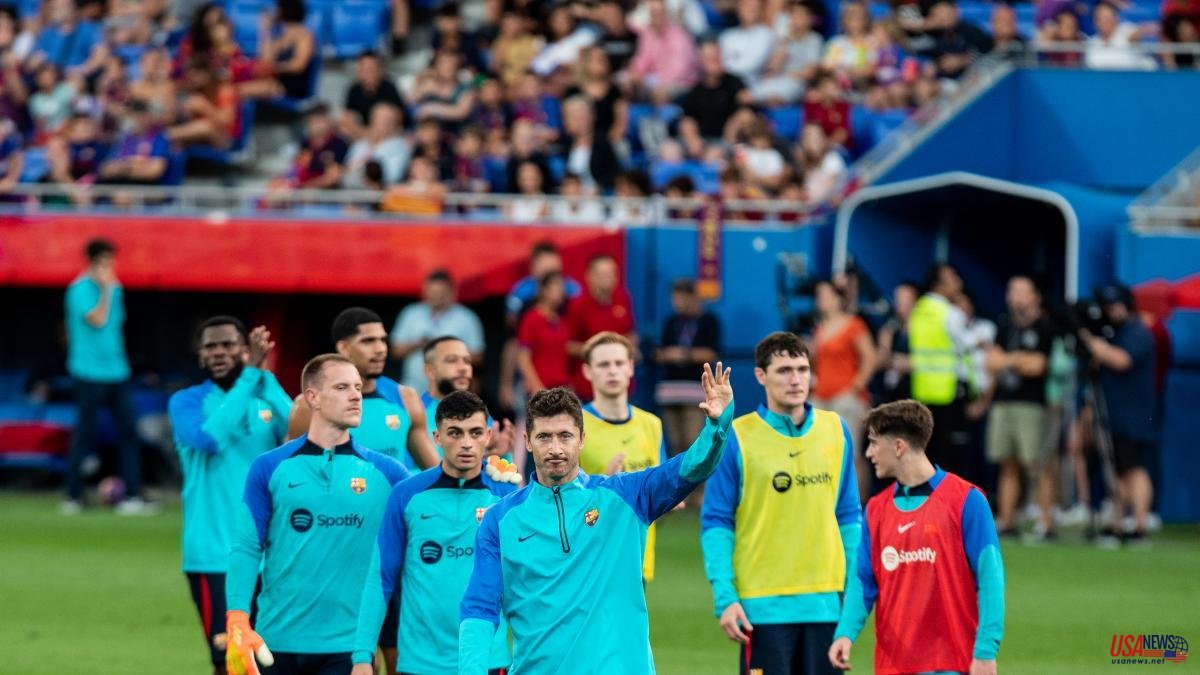 Final stretch. And as usual in times of the transfer market, Barça faces the last few hours – they have until 11:59 p.m. today, Thursday, September 1 – to finalize several pending files. They are not few. In an ideal world, the club would have released five players: Aubameyang, Memphis, Dest and Braithwaite, Pjanic and why not Jordi Alba. The captain, a substitute in the last two league games, has received an offer to go on loan to Inter Milan, Barça's rival in the Champions League, as Jijantes announced and was able to confirm this newspaper.

At the moment the captain does not see the proposal with good eyes and the club sees it as somewhat risky without having Marcos Alonso tied up, but everything is open. Alba is aware of his role and his new role. In exchange, the left-handed side Marcos Alonso would enter the club's payroll while Thomas Meunier would occupy the right side with Bellerín in the chamber.

But time is short. And the Blaugrana entity has not been able to accelerate the exit operation. Umtiti's transfer to Lecce a week ago today and Koundé's endorsement endorsement were the last movements that have been registered. And the club, which for weeks has been confident in the sale of Aubameyang to Chelsea for around 20 million euros, saw its objective in danger after the player and his family were victims of a violent assault on Sunday night at their home. of Castelldefels.

The 33-year-old Gabonese striker was optimistically negotiating his departure from Barça for London. Both parties were approaching positions, very close to an agreement. Yesterday there was even a private flight to London scheduled for 12 noon.

But the assault and his injury altered the plans of the English entity, which rethought the formula of the operation. Barça and Chelsea were talking throughout the day and it is not ruled out that Aubameyang's departure could be closed in the form of a transfer. Nor that the arrival of Marcos Alonso, who Tuchel does not have, can enter the operation. Raúl Verdú, one of the intermediaries in the operation, was negotiating the conditions of his contract on Tuesday at the Barça sports city.

In full negotiation with Barça, Chelsea did surprise by announcing the signing of central defender Wesley Fofana who arrives from Leicester in exchange for a fixed 82 million euros. The 21-year-old defender stamped his signature on a contract that will join him with Chelsea until 2029. It is the sixth incorporation of the blue team.

The Premier League could also have been Sergiño Dest's new league. The only right-back in the squad had the interest of Manchester United if Aaron Wan Bissaka left, who was in the orbit of West Ham. But finally his departure was not certified and Ten Hag, Reds coach, assured yesterday that the transfer market is closed for his club.

Barça also had a proposal on the table from Villarreal who, after Juan Foyth's injury, needs to strengthen his right-back. Milan entered the scene at the last minute for the American to leave on loan with a non-mandatory purchase option until the end of the course, as Relevo advanced. The club intended to enter some 20 million euros for the American, a figure that according to Dest's environment, none of the interested clubs were willing to pay.

The players who will not finally leave are Memphis and Pjanic. After the shelving of Juventus, Memphis has not received any more offers. As for Pjanic, Xavi considers that he could be important when the team plays every three days. Especially after Nico's loan to Valencia.

As for right-back Thomas Meunier from Borussia Dortmund, he is the option that the coaching staff likes the most. Despite the meniscus tear suffered by Mateu Morey, a former Blaugrana side on the German team, the club is optimistic about his arrival as long as there are departures. The alternative is Héctor Bellerín, an Arsenal footballer who will wait for the club that trained him until the end. Tonight and the day on Thursday will be long.

While Martin Braithwaite trained with his teammates in the open-door session for Barça's boys and girls, the Dane's agents met with Barça leaders at the club's offices to face his future by terminating his contract, an idea that has been cooking for days in the offices after the player, determined to continue in Barcelona, ​​has rejected the interest of Mallorca and Elche.

Economic differences have been a constant problem for the player, with a contract until 2024, to leave Barcelona despite the proximity of the World Cup and the fact that Xavi told him on May 17 that he did not have him. The Dane wanted to collect his corresponding salary in full and the club insisted on a smaller amount. The club also faces the exit in the form of transfer of Abde. The subsidiary forward received offers from Valladolid, Elche and Osasuna, the latter being the club that aims to be able to get his services until the end of the season.