Joël Dicker: "In life one of the great issues is being able to forgive ourselves for being who we are"

Joël Dicker closes the trilogy that began with the global bestseller The Truth About the Harry Quebert Affair. 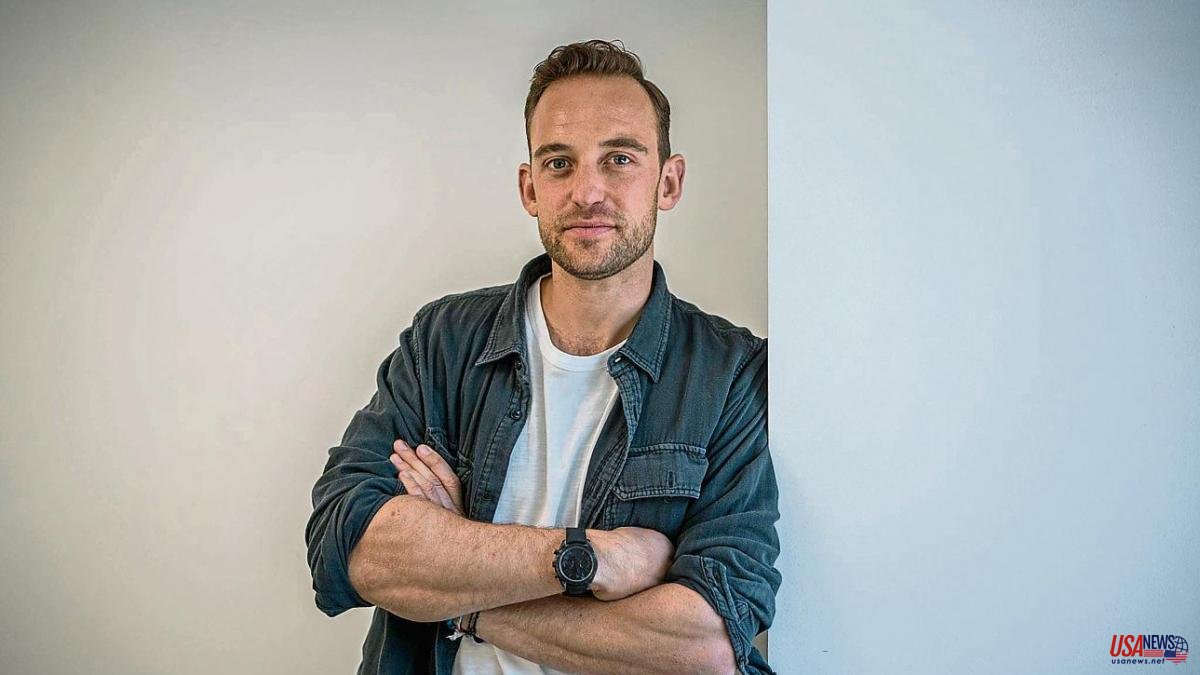 Joël Dicker closes the trilogy that began with the global bestseller The Truth About the Harry Quebert Affair. Of course, his new book, The Alaska Sanders Case (Alfaguara/La Campana) –which again has a painting by Hopper as its cover and is set in the New England that the Swiss author knew in the summers of his childhood–, takes place chronologically between his first hit and the second volume of the trilogy, El Libro de los Baltimore (2016). Books starring Marcus Goldman, a writer now dealing with the murder of a model in a New Hampshire town but who began by investigating a murder accusation against his literary mentor, Harry Quebert. A writer who wonders about the decisions of his past and whom success has "damaged".

The past obsesses his characters, they review it, it haunts them, they hide it. Why is it so omnipresent in your novels?

It is what defines us. We are the sum of what we have experienced, done, of our life before, and you can only understand what someone is like and how they function by going back to the past, to their roots, to how they built who they are. There is no connection between reader and character until the reader knows who that character really is.

Characters who seem to be looking for redemption.

Yes, redemption in the sense that they seek to be able to move on with their lives carrying the past. One of the great things in life is being able to forgive ourselves for who we are, to accept who we are and that we did what we did, that we didn't do what we should have done, that we didn't see opportunities, that we kept silent when we should have. spoken. All those moments, those regrets, those failures that we have and cannot erase, sometimes they are not a big deal and sometimes they are a great drama for some people. Whatever it is, we must continue because there is no other option. It is the object of that redemption in the book: to be able to go through the traumas and dramas and continue.

Who is Marcus Goldman in that sense, wondering what he has done with his life?

All the questions he asks himself are about making choices, taking responsibility for why he did one thing or another, embodying who he is, accepting who he is. Sometimes you are still divided by the decisions you have made and revisit the past for reasons that are not good, to relive something that has already happened. But it's over. At some point, and that's kind of the point of the book, Marcus must learn to accept and embrace the life he's chosen.

Its protagonist is a writer with whom you make a metaliterary game: he himself has written 'The truth about the Harry Quebert case'. And he has a lot of problems with success. Are there parallels with his own life?

I play with that, for 11 years people have been asking me if I'm Marcus Goldman. A part of me wants to play with it, to keep those bonds. I didn't create it based on myself and it feels very different, but it's very special to me and maybe trying to create a bridge with it is a way to stay connected. Because 11 years have passed, I have 11 more years on my face, but Marcus is only six months older than in the first book, which is where this one starts. When I created him he was older than me and now I am, it is a way to continue with him.

Has success affected you?

It has changed my life, sure, but I don't feel like the person I was has changed. My values, the human being that I am. Of course, that people see me as a writer, which was not the case before the success, has changed my identity in the eyes of others.

Does 'The Alaska Sanders Affair' conclude the trilogy or do you want to continue creating a world?

Just finish the trilogy. When I finished The Truth About the Harry Quebert Affair he knew he wanted a trilogy, before success and having a publisher. But with the success I couldn't write this second volume afterwards because it seemed like I was just taking the easy way out. I wrote The Book of Baltimore, different enough, but knowing that it was number three and that there would be one in between, between 2009, where the first takes place, and 2012, where the second takes place. But it is possible to read them in any order.

Police procedures are not as important in his works as motivations. Why?

The investigation that Marcus conducts is very traditional, he gets into it out of loyalty and friendship with Perry Gahalowood. In that sense it's about impulsive, stomach feelings. And his investigation goes the same, he doesn't have a procedure, he looks for what would be the most intelligent move to get the answers.

Do writers like Agatha Christie inspire you in that sense?

That the investigation is not procedural was an experiment in Harry Quebert, it did not reproduce anything. But thinking of Agatha Christie and her atmosphere, I think that the book has to be a safe place for the reader, where they know they will be fine, and that came from her.

For some of the characters in this closing volume of the trilogy, the very reading of 'The truth about the Harry Quebert case' moves them, changes them. Do books really have any power?

Literature has great power. Give the reader the opportunity to stop in this dizzying world we live in and engage him in conversation with himself. Reading is probably the only opportunity today to be in discussion with ourselves and not with others. We live in a world where we expect a lot of validation from others, we live through others, we post photos on Instagram and we want to see how many likes and comments they give us. When you read and imagine the characters in the play, the setting, you don't expect validation from anyone, you create something for yourself. That is the power of literature today, to be a little more connected with us. It is that last moment of pure connection.

By the way, who is Harry Quebert for you?

At first level he is an author, Marcus's mentor, whom Marcus ultimately surpasses. But Harry Quebert is not who we thought he was. And, all the advice that he gives to Marcus, that he gets from Harry, does he get it? What part of Marcus has built the perfect figure of Quebert to be able to lean on her to be the author that he becomes? On second reading you can see him as not really there, as one of the two sides of Marcus, the dark one, the Marcus who wouldn't have believed in his dream, worked hard to succeed, got over writer's block. It can be seen as a part of Marcus as well.