Johnson loses twice, against Labor and the Liberal Democrats

When Prince Klemens Von Metternich, Foreign Minister of the Austro-Hungarian Empire for four decades, was informed of the death of Charles de Talleyrand, he asked his advisers: "And what did he mean by that?" The sibylline priest, statesman and diplomat had managed, based on opacity and Machiavellianism, to hold important positions in French politics during the time of Louis XVI, the French Revolution and post-Revolution, and the Napoleonic Wars. 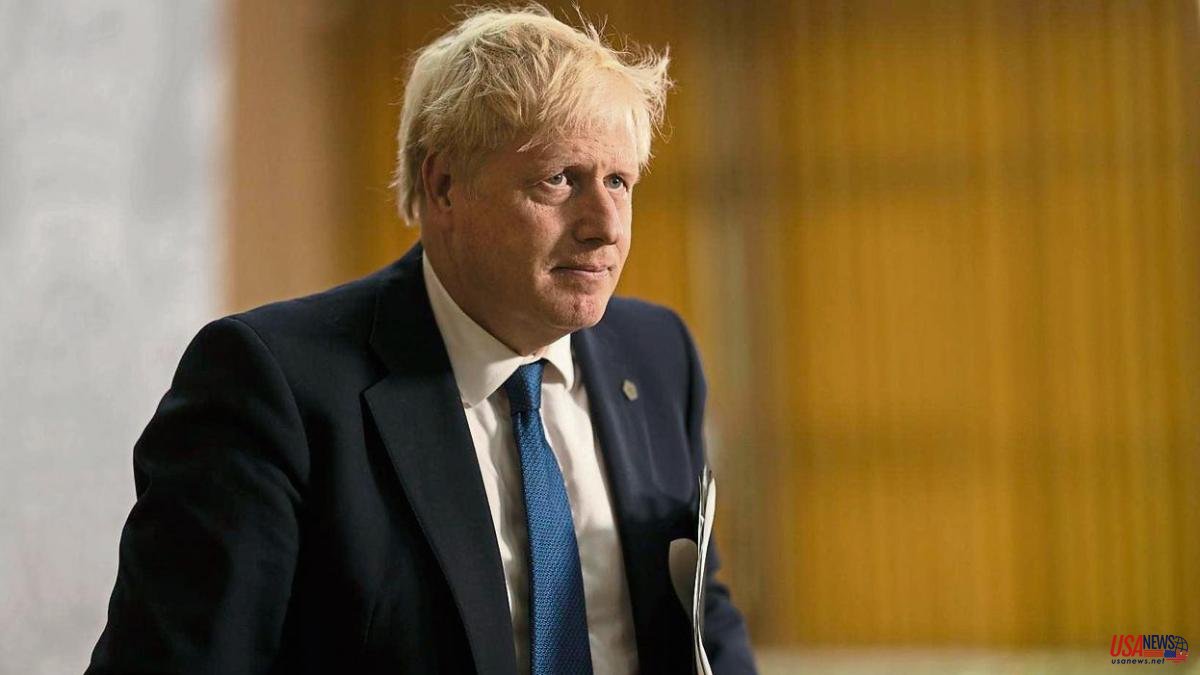 When Prince Klemens Von Metternich, Foreign Minister of the Austro-Hungarian Empire for four decades, was informed of the death of Charles de Talleyrand, he asked his advisers: "And what did he mean by that?" The sibylline priest, statesman and diplomat had managed, based on opacity and Machiavellianism, to hold important positions in French politics during the time of Louis XVI, the French Revolution and post-Revolution, and the Napoleonic Wars. Boris Johnson is much flatter and lacks as much sophistication. Yesterday, after losing two important partial elections in England, he limited himself to saying "I continue". And no one doubts that this is really what he meant.

Johnson continues, despite partygate, despite having passed a motion of no confidence, that seventy percent of Britons do not trust his economic policy, that he is being investigated for lying to Parliament and that, since John Major in 1991 , no prime minister lost two by-elections on the same day. His tory predecessor managed to win the overall the following year, and the current leader is still confident that he will overcome his current problems and triumph in 2024.

His fellow Tories are far from so sure after the party yesterday lost the seats in Wakefield (Yorkshire) and Tiverton (Devon), the former a Labor stronghold that Johnson conquered in 2019 thanks to Brexit and his populist social conservatism, and the second a conservative stronghold for a hundred and thirty years that has gone over to the Liberal Democrats. Deputies from all over the country, seeing their neighbors' beards peeling, wonder if the prime minister has not lost his magic and is going to lead to a debacle of colossal magnitude when the country goes to the polls. And if not, it would be better to cut to the chase.

Oliver Dowden, co-chairman of the Conservative Party, resigned as soon as the results were known "because things cannot continue like this and someone has to take responsibility", a veiled appeal to members of the Cabinet to appear in Johnson's office and tell him that it's time to pack. But the chances of being heeded are as slim as the chances of a flying saucer landing in a Downing Street garden. The Tory leader has chosen his ministers for their mediocrity, because without him they would go nowhere, to be faithful to him and, if he asks them to show up at the television studios to say that a resounding defeat is not really a result as bad as it might seem, so do it without question, as was the case yesterday, justifying the unjustifiable.

Johnson is counting the days until the long parliamentary summer recess, because once the deputies have gone on vacation there will be no more intrigue until September. In October it will be the congress of the Conservative Party, and if it overcomes that fence it could already be too late to change the leader before the 2024 elections (for the moment no one has presented an alternative candidacy). The Tories may decide that the river is lost. That after fourteen straight years in power, they would be unlikely to be re-elected.

But the deputies who risk their careers, and whose quality of life would be seriously affected outside Parliament (in most cases they have no other professions to turn to), do not share this nihilism, and prefer to do everything possible to save their skin . Yesterday's results are a terrible premonition. In Wakefield the pendulum swung 12.6% from the Conservatives towards Labour. If the same thing happened in the general elections, Keir Starmer would be prime minister with an absolute majority (albeit one seat).

Leading the opposition in the late 1970s, Thatcher invited the British to travel to Europe to see for themselves that things were much better on the continent. In Johnson's case, it was he who went as far as possible (to Rwanda) to follow the election results from there. And he won't be back in England, where things are certainly not going well right now, for another ten days.