Johnson completes his challenge to the European Union

In political language it is called “the King Kong strategy”, and it consists of beating your chest like a gorilla, howling and screaming, proclaiming the wonders of the British empire and the injustices of the Brexit agreements (which London voluntarily signed does nothing, as who says), in order to push the European Union to renegotiate them, making concessions. 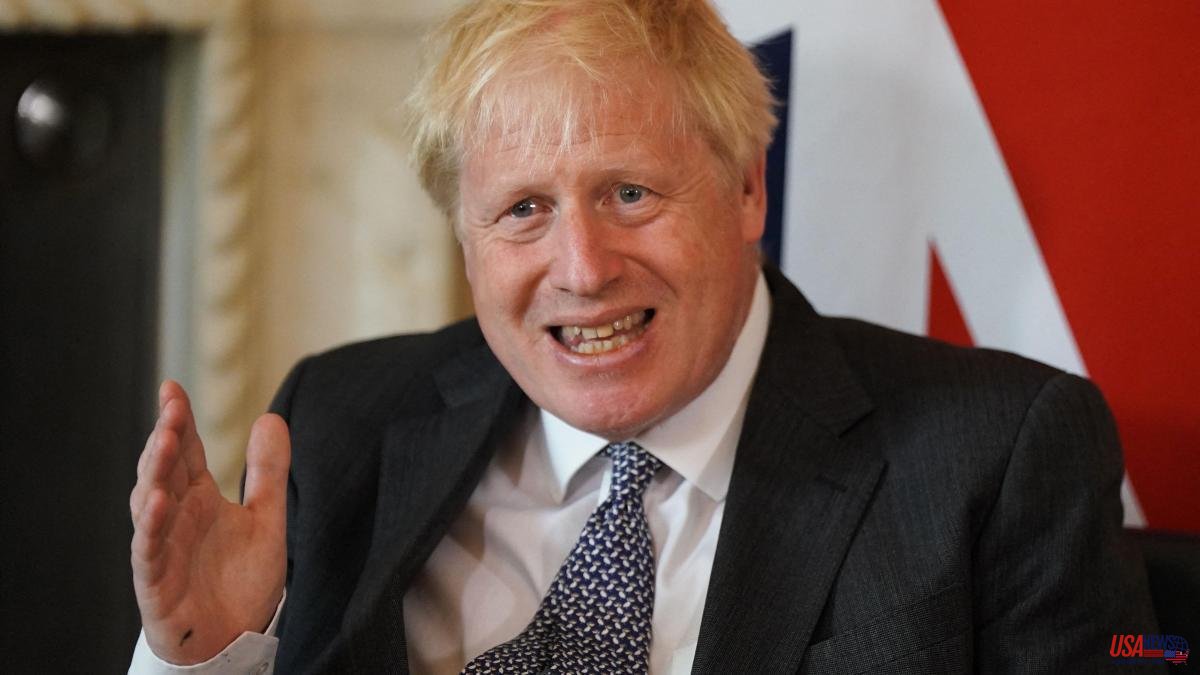 In political language it is called “the King Kong strategy”, and it consists of beating your chest like a gorilla, howling and screaming, proclaiming the wonders of the British empire and the injustices of the Brexit agreements (which London voluntarily signed does nothing, as who says), in order to push the European Union to renegotiate them, making concessions.

The Johnson Administration finally did yesterday what it had been threatening for months. He borrowed MI6's (intelligence service) his best high-capacity paper shredder, in which he destroys documents with names of agents or relating to the barbarities committed in Asia and Africa during the colonial era, and inserted in it the Protocol of Northern Ireland, which is the Brexit chapter that has always bothered him the most as he considers it an attack on national sovereignty (it leaves Ulster in the single market and creates a theoretical border between the province and the rest of Great Britain, with its customs ).

The controversial legislation authorizes the British government to unilaterally breach an international treaty (Brexit) and radically alters the very complex rules relating to trade with Ulster, the result of months of negotiations. It establishes that Northern Irish companies will be able to choose between British and EU regulations when operating; establishes "green lanes" for products originating in the rest of Great Britain with a final destination in the province, exempt from any type of control, and other "red" lanes for those that continue to travel to the Republic of Ireland, liable to pay tariffs and tariffs; aligns VAT and state aid in Northern Ireland with that of the rest of the country, and cancels the supremacy of the European Court of Justice to resolve disputes, saying that they will be settled by "independent judges" (without explaining which ones).

British Foreign Secretary Liz Truss, presenting the law in the House of Commons, criticized the intransigence of the European Union in putting solutions to the practical issues that distort trade with Ulster and have created supply problems , saying the goal is to "protect the Good Friday agreements, ensure stability, ensure territorial integrity, protect the supremacy of our courts and make sure Northern Irish people are not treated differently from other UK citizens." But Commission Vice President Maros Sefcovic wrote in a tweet that London's action "increases mutual mistrust and fuels uncertainty", while a European diplomat commented that "the EU will not stand idly by watching Johnson annuls an international treaty.” Sefcovic announced that they are preparing to present legal measures

Brexit has never been an action movie, but one of those that used to be called art and essay, like those of the master Antonioni, masterful for the critics and a select group of fans, and very slow (capable of putting the sheep to sleep) for ordinary movie fans. It started in 2016 with the referendum, and it still continues, with no end in sight, with an argument that deals with borders, tariffs, appellations of origin and health controls. Yesterday's scene is one of great technical sophistication, in five dimensions, with simultaneous scenes in London, Dublin, Belfast, Brussels and Washington.

Johnson trusts that the European Union, before declaring a trade war or imposing tariffs (it has already drawn up a list of emblematic English products to punish), or taking legal action, wait for the law that was presented yesterday to be approved. , a process that can take up to a year. And in the meantime, negotiate and make more concessions than ever before. The Government is counting on it to overcome the resistance of the “usual suspects” (ie the Europhiles) in the Commons, and receive the seal before the summer. But the main obstacle is the Lords, who can block it for a long time.

The Irish Minister for Foreign Affairs, Simon Coveney, yesterday condemned Johnson's initiative in the strongest terms and said that unilateral behavior is going nowhere and endangers the peace and stability of the island, contrary to what London says it intends to achieve. And 52 of the 90 deputies of the Stormont Assembly also expressed their opposition to the project. Sinn Fein said that "London has outsourced the Brexit negotiations to the unionists." British employers warned that it will increase inflation, reduce foreign investment and weaken an economy that is already the one with the lowest growth in the G20 after Russia (and without sanctions).

But if Johnson hoped that the move would prompt the DUP, the majority party within the Protestant community, to lift its blockade on the formation of a government in Belfast, he was disappointed, because the group's leader, Jeffrey Donaldson, did not take a minute in saying that he prefers to wait to see how everything is translated, what is reality and fiction in the changes. To all this, Downing Street, fearful of the influence of the Irish lobby in the United States, has sent a high-ranking official to Washington to persuade Joe Biden not to side with the EU.

Johnson, true to himself, said that "it's just a few trivial adjustments." But deep down it is an expression of the English nationalism of his government and a nod to the Eurosceptics to support him in his attempt to cling to power. More than with the EU, Brexit is a negotiation between the different factions of the Conservative Party. And a very slow movie in which King Kong hits his chest on top of Big Ben.