By-elections to fill vacant seats in Britain are often a relatively innocuous way of punishing the government, of hitting it on the head without knocking it out. 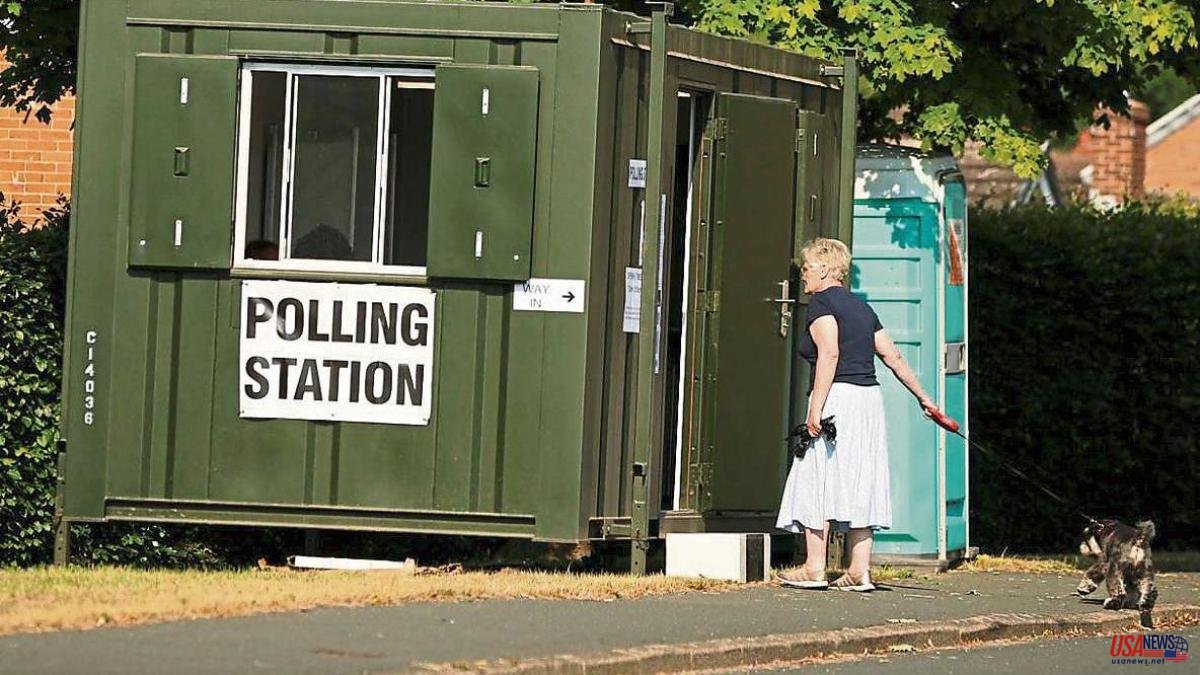 By-elections to fill vacant seats in Britain are often a relatively innocuous way of punishing the government, of hitting it on the head without knocking it out. Sometimes they are a serious warning of their unpopularity, which is later confirmed in general ones. But on other occasions the voters let off steam, and when the time comes their anger has passed and they return to support them.

Still, John Major was the last Prime Minister, back in the 1990s, to lose two of these elections on the same day, and Boris Johnson - who is trying to get back on his feet after being stumbled from the no-confidence motion put forward by his own parliamentary group – did not want to suffer the same fate in the elections held yesterday in Wakefield (Yorkshire) and Tiverton and Honiton (Devon County). But it did: the Conservatives lost both seats to Labor and the Liberal Democrats respectively.

The result is to be fairly representative of popular sentiment towards Johnson after partygate. The first town is part of the so-called red wall, the old Labor strongholds of the English north that lent their vote in 2019 to Johnson to make Brexit a reality, reduce immigration and combat the inequality of wealth and infrastructure between the northern regions. and southern. While the second is on the blue wall, a lifelong Tory who is suspicious of the economic policies and social aid of Downing Street.

As expected, the Labor candidate Simon Lightwood easily recovered Wakefield (with 47.9% of the vote against 30% for the Conservatives). And the Liberal Democrat candidate Richard Foord gave a historic surprise in Tiverton, where two years ago and a half Johnson won by a landslide but lost yesterday with 38.5% of the voters to the winner's 52.9% It seems that the tactical vote has worked: the usual Labor supporters have strategically supported the libdems if only to punish the Conservatives and lose them a seat they consider to be theirs in their own right.

The premier's future is now even more in question, although he refuses to abandon ship. That the Prime Minister has been defeated in two such different constituencies, one traditionally working class and the other Tory to the core, many MPs may interpret that his magic has completely worn off, that he is not capable of winning the 2024 election and that they would have better chances with another leader. His position is once again in danger, if not imminently, then in the medium term.

For Labour, the wide margin by which they have won at Wakefield (almost 18%) is important. Its leader, Keir Starmer, has numerous internal enemies due to his lack of charisma and allergy to speaking out on any controversial issue, which means that the main opposition party is not identified with any specific policy. The issue of Brexit says that it is "closed", and that if it came to power it would not consider re-entry into the European Union, and not even incorporation into the single market and recovery of freedom of movement. And about the strikes that this week have paralyzed the country, he does not condemn them so as not to offend the unions, but says that they are "a bad idea" to appear like a moderate centrist.