Joe Crepúsculo: 'before we were underground, now we are some old men who make music'

The Monumental Club of Barcelona starts today a new season of live music and DJ sets exclusively in the afternoon (5-10 p. 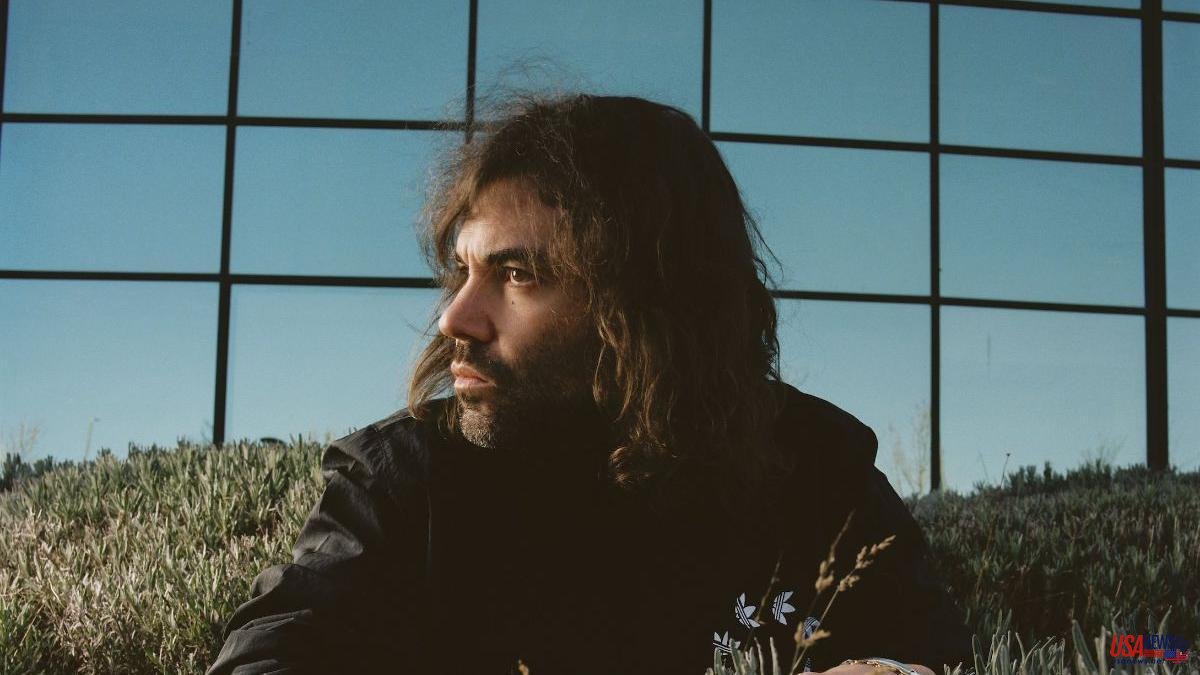 The Monumental Club of Barcelona starts today a new season of live music and DJ sets exclusively in the afternoon (5-10 p.m.) and outdoors. A consolidated proposal in the urban cultural fabric and that, as usual, combines music, dance and gastronomy in a unique space in the city, such as the plaza de todos of the same name.

In this season premiere, musician Joe Crepúsculo will be the focus of a day –completed by DJ Coco and Chica Acosta– where he will present his latest album Trovador tecno.

Subsequently, Monumental Club will return on October 15 and November 12 with concerts by Chico Blanco, Meneo, Asia Knox, Carlos Willengton and Nixer, among others.

Today's protagonist is, then, Joël Iriarte, that is, Joe Crepúculo, that is, the musician and composer from Sant Joan Despí who is as interesting as he is unclassifiable at 41 years of age. Halfway between indie and techno pop, the musician released his album Trovador tecno (El Volcán) last April, which could be tasted at the Cruïlla grande past. An album made with the production of the American Aaron Rux, and with which he has established an absolute connection, since he accompanies him on stage as a notable co-star.

And in a few days he will release an expanded version of the aforementioned album, with three remixes (together with Dj Bruce Lee, Grande Amore and Putochinomaricon) and a bonus track entitled Barcelona. Graduated in Philosophy and founding member of the Tarantula group in 2003, Crepus is a reference, always unpredictable, of the national indie scene, although that indie fills him with doubts.

What can be seen in the Monumental?

Well I'm with Aaron Roux, with analog synthesizers and everything is playing in real time. That is to say, the two of us alone surrounded by pots that are playing and that we tinker so that they change sounds.

On the album there are some vocal collaborations; How do they transfer that to live?

I think there aren't that many: there's Abel from Los Vinagres, there's Dani, there's Las Negris, and there's Aaron Rux, who plays with me. Instead of the three songs they collaborate on on the album, I put others because I have many to play. I have ten albums to choose from

Now he presents an album just two years after publishing the previous one, Supercrepus II. Was the pandemic a spur?

This Techno Troubadour was thought of in 2021 and was recorded in the fall of that same year. Sometimes I think how lucky we musicians are to be able to work with such short deadlines. That yes, the album was very thought of releasing it at the end of the pandemic, to play it in discos because it is a moment of liberation that everyone wanted wants.

But you're into hyperproductivity, right?

I can be very nervous, very anxious, and it is true that I am a very hard-working person. That's why I get up and I like to create.

Speaking of the concert, will you also play the new song and the three remixes?

No. The remixes are actually not my stuff, but more of the remixers, at least in my case, because they are practically new songs.

Today he's doing a concert, but don't you think he's doing less than he should, and especially at a time when there's so much on offer?

In my case we have had a brutal spring and then a calmer summer. I think it's been good.

We were at Cruïlla, in Lleida where I had never played and some date that is about to fall.

I mean that having a more than consolidated stage name like yours and such a long career, don't you think that you play less here than you might expect?

Yes, but then there is a very curious thing. Now we have all my data on Spotify, and I can show you the listeners I have and in Madrid I have twice as many as in Barcelona. It's been a progressive thing, and it may be because I don't live in Barcelona, ​​that my music has left people from here, or... Nor should we forget that in my music Catalonia is Barcelona; I understand that there are many who are going to play Manresa, Girona or Lleida and they are doing very well, and in Catalonia they hardly know me outside of Barcelona

Are these issues of concern to you?

I think that one good thing about music is being able to think to partially resolve these issues. Look, I'm not losing sleep but I would like to improve my presence in those places.

Do you feel homesick for the early days of your career? From when she played with Tarantula, for example?

Obviously yes, because Tarantula was my youth, going out to Barcelona, ​​going to Sidecar and Apolo, that is, having a good time.

Returning to the present, are playlists a dictatorship?

Sure, it's a way of getting people to listen to things. More than fifty percent of Spotify listeners listen to playlist music, and a very high percentage comes from the algorithm.

Does this affect you?

Well, if on a Friday I have released a novelty and I am not in the algorithm, then it tastes bad, but hey, the algorithm does not stop being bread for today, because the important thing is that a song or a theme is not only liked today but in the long run .

If someone listens to a concert of yours, what are we talking about stylistically? pop, electro, crepusound?

I always say I do pop. I can do a little more rumba, rock, but in the end it's a song with a verse and a chorus, with hummable melodies. I think what I do is pop with a techno base

Seeing the tastes of musical consumption and the great trends of consumption, is Joe Crepúsculo underground?

I don't know, I think we were doing underground when we started, twenty years ago, now we're old people who make music. Believing oneself to be underground now would be asking too much of what is out there.

Well, we are not Melendi, we are on another path. But compared to him we are. Anyway, I've always felt weird, like it's indie, although I don't really understand what that means. The only band with which I feel related in every way is Hidrogenesse.