The former ERC spokesperson in Congress and member of the National Republican Council Joan Tardà is not currently an official spokesperson for the party, but his words may anticipate Esquerra's movements. 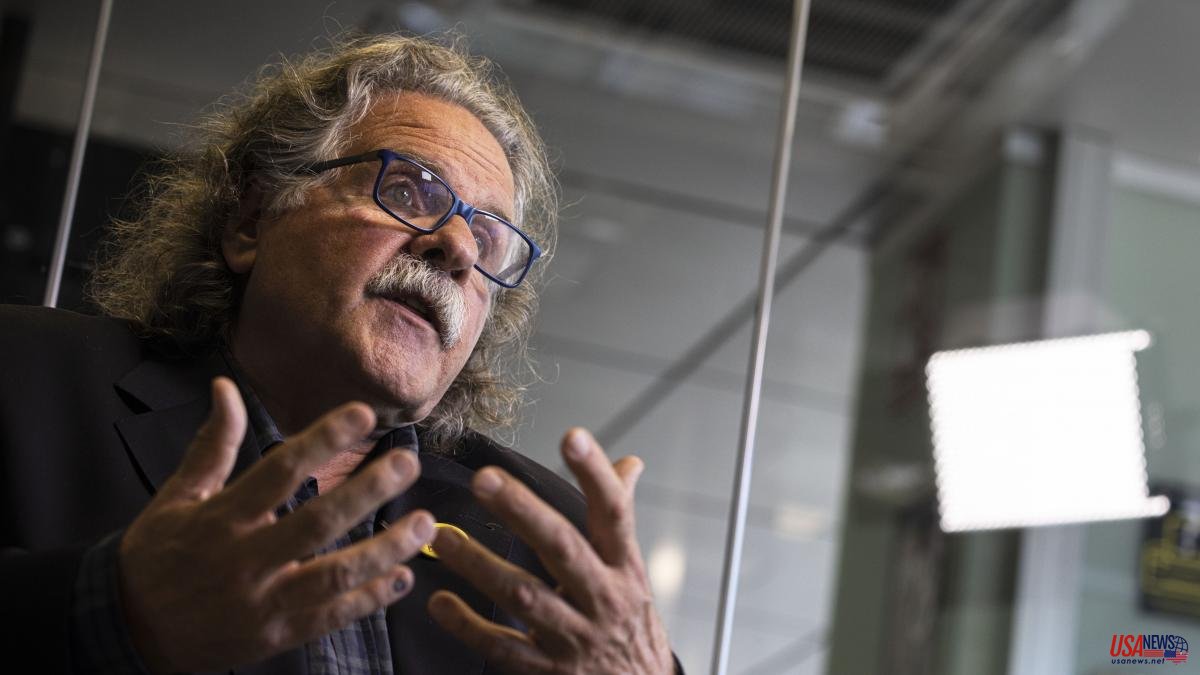 The former ERC spokesperson in Congress and member of the National Republican Council Joan Tardà is not currently an official spokesperson for the party, but his words may anticipate Esquerra's movements. In the midst of the crisis between Junts and ERC and coinciding with the consultation of the postconvergents to decide whether to stay in or leave the Government, Tardà opens the door to approving the budgets of the Generalitat with the PSC of Salvador Illa and links support to the general budgets of the State that, in parallel, the criminal code be modified to change the crime of sedition.

In an interview in La 2, Tardà has been convinced that in the event that Junts decides to leave the Govern ERC, he will be able to govern alone thanks to "variable geometry". "The variable geometry - he has explained - gives him a lot. ERC has matured and we have understood that parliamentary agreements can be reached to move forward".

He has gone further and has been convinced that Esquerra would be "capable of understanding with the commons" and has opened the door to coincide with the PSC in some projects. "If Salvador Illa wanted to vote on the ERC budgets, why should we say no?", He has specifically answered by the accounts when until now Aragonès himself has refused to come to an understanding with the socialites in this regard. However, for Tardà ERC has not vetoed the PSC but has prioritized the pact with Junts, the comuns and the CUP.

Even so, in Tardà's opinion, the best option would be for Junts to continue, but “doing their homework” and with a “change of mind”. Regarding the Government agreement, the object of the latest crisis between partners, the former Republican deputy has remarked that the strategic direction cannot be equivalent to "subjecting" government action to the Consell per la República led by Carles Puigdemont. "I don't accept it," he has said.

In the event that Junts ends up leaving the coalition, Tardà sees it as "unthinkable" that the postconvergents oppose the next budgets, since he considers that it would be their "electoral death".

Regarding the role of ERC in the Congress, Tardà has emphasized the need to be able to present results before the end of the year. In this sense, he has linked Esquerra's support to the general budget of the State so that, in parallel and not later, the crime of sedition is reformed in the Penal Code. In the event that only the first occurs, he has said, Esquerra "will lose credibility" and it will be a "huge" mistake.

The member of the Republican National Council has insisted on taking advantage of the current situation in the Lower House: "Never before has the PSOE needed Esquerra so much." In this sense, Tardà has denied the PSOE when he says that there is not a sufficient majority to reform the criminal code and has recalled that for this only the same majority is needed as to approve the budgets. "The tool is", he has settled.

And he has sent a message to the leader of the opposition in Catalonia, the socialist Salvador Illa. "It would gain a lot of legitimacy if it were the first voice or a voice parallel to President Pere Aragonès in demanding from Pedro Sánchez and the PSOE a determined and firm will in favor of dejudicialization and negotiating the referendum", he stated.