The pandemic prevented it and a lymphoma made it definitively impossible, but yesterday in the Auditorium of the University of Alcalá de Henares the verses of Joan Margarit finally resonated, and with powerful emotion. 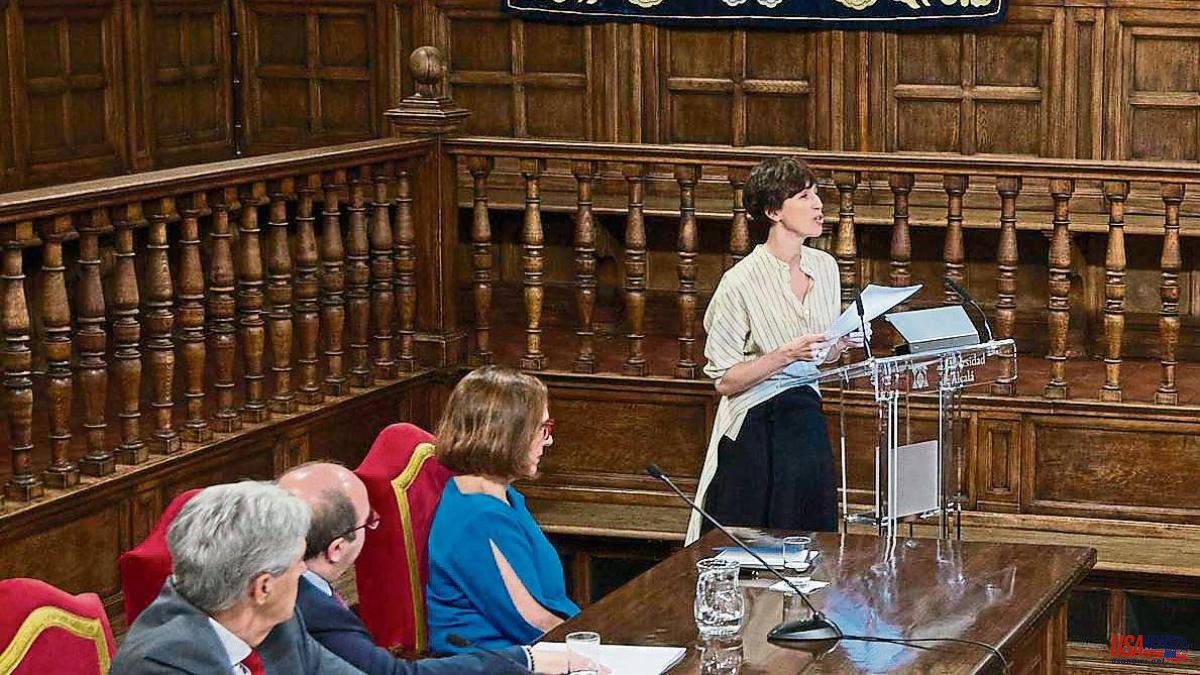 The pandemic prevented it and a lymphoma made it definitively impossible, but yesterday in the Auditorium of the University of Alcalá de Henares the verses of Joan Margarit finally resonated, and with powerful emotion. In the imposing venue, the Catalan poet should have received the Cervantes Prize, the highest award in Spanish letters, in April 2020. But a month before, the country and the world closed. And he got a disease that took him in a year. Yesterday her verses and her search for truth, love and dignity had the voice of the actress Ariadna Gil, of whom, as Mònica, the poet's daughter, recalled, she said "how well this girl recites" despite the fact that, she recalled amused the also poet Luis García Montero, director of the Cervantes Institute, Margarit was somewhat cantankerous with the actors.

A García Montero who was one of the great protagonists of the act, in which the tribute book Joan Margarit was presented: from where to love again , by glossing the keys to poetry and the thought of his friend, with which he even corrected his books, and from which he ended up reading his poem La llibertat –which, he recalled, they had read together many times in public acts, one verse each, Margarit in Spanish and he in Catalan–, taking advantage of it for a deep political charge. La llibertat, he recalled, is a poem that “ends with the word love, uniting it with freedom”. “I like to read it here in Alcalá de Henares, the land of Cervantes, the humanist who taught us to think of freedom as a way of respecting others and not as the law of the strongest. Accustomed to living in a community where freedom is understood as the law of the strongest or being able to drink beers in open bars in times of confinement or being able to destroy public services so that your friends freely do business with their hands or wallets, I like to remember this invitation to La llibertat de Margarit”.

A poem that was precisely also chosen by the Minister of Culture, Miquel Iceta – the book is published by the University of Alcalá and the Ministry – to end a speech in which he recalled that “Margarit was the first poet to receive the Cervantes Prize for writing in two languages: Spanish and Catalan”, that he was sure that “here she would have spoken in Catalan and Spanish, as she did in her poetic work, branched out into two languages, but with a single heart”, and assured that “Margarit embodied , in the lyrics, but also in its day to day, the spirit of a tolerant and open country that understands the duplicity of languages ​​as a wealth, and not as an obstacle. If it is true that language shapes our way of seeing the world, Margarit saw more and better than everyone else. He saw double, he saw beyond, while he wrote his poems, always in both languages ​​at the same time”

Precisely García Montero recalled that in the post-war period a police officer blurted out to Margarit a “boy, speak in Christian”. And that despite that he said that he had "a mother tongue and an almost mother tongue" and that he affirmed :: "My almost mother tongue is Spanish and it is the only thing that I am not willing to give back to the Franco regime". "With her -concluded García Montero- he has made a fundamental poetry that for us has been fundamental in Catalan and Castilian in contemporary Spanish poetry".

Ariadna Gil concluded the event by reading first in Spanish and then in Catalan Margarit's poems such as La professora d'alemany, Mare i filla, El poema, Amor i supervivència, Record d'un camp or L'época generosa de poemarios como Estació de França , Joana or Mysteriously happy. He also read La montaña más alta, which closes his latest book of poems, Animal de bosc, written now ill, and which, dedicated to his family, promises in his last verse: "I will love you. And something of mine will try to return."