Joan Crawford, from melodrama queen to owner of Pepsi-Cola

He knew how to stay on top for five decades based on a lot of tenacity and giving the public what they wanted at all times. 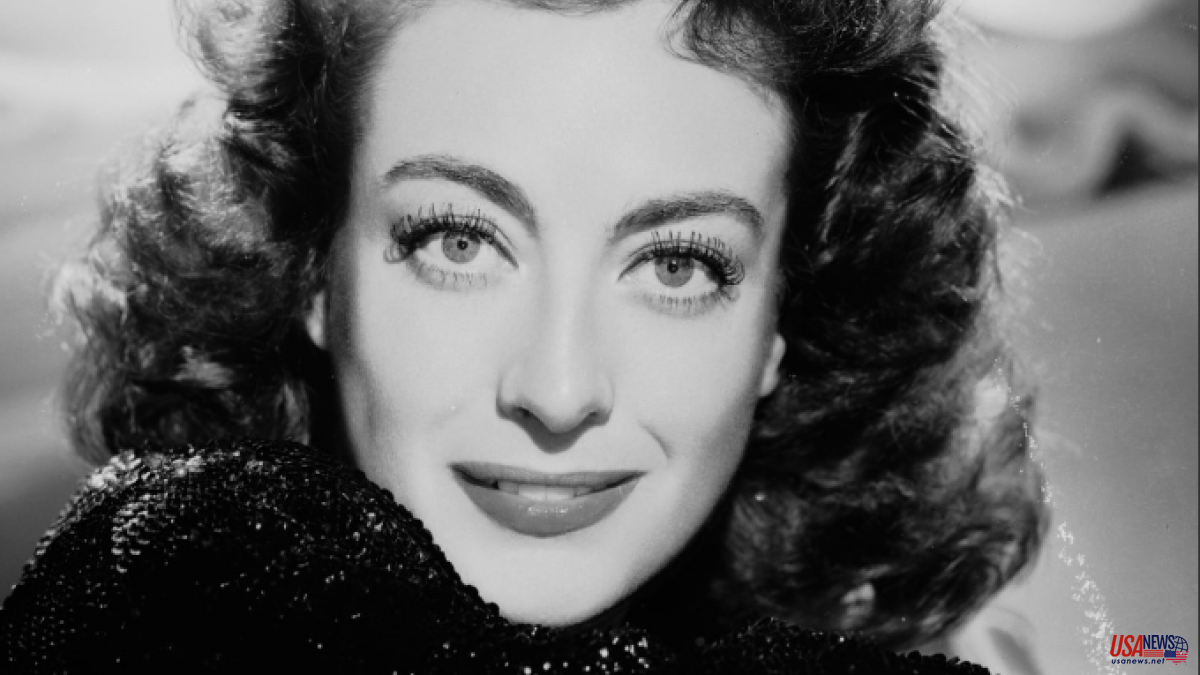 He knew how to stay on top for five decades based on a lot of tenacity and giving the public what they wanted at all times. Joan Crawford was a flapper, the dancer with a dwindling skirt and long hair, in the 1920s. In the 1930s she became the woman with personality who managed to conquer her lover after much suffering from her. She was the fighter who came out of poverty and saw her dreams come true in the 40s to become the tough Vienna of Johnny Guitar in the 50s. And she still held the banner high in the 60s in psychological horror productions like What Ever Happened to Baby Jane? ?

Crawford (1905-1977) started out as a waitress, was one of the great actresses of the 20th century, and later became president of Pepsi-Cola. As a young girl, she combined her work in a bar with dance classes that opened the doors of Hollywood for her. After being discovered by a talent scout, she debuted on the big screen with The Jazzband of the Follies (Monta Bell, 1925) and later she worked in several silent films where she showed her talent as a dancer.

Thanks to her deep voice and her marriage to Douglas Fairbanks Jr., she overcame the arrival of sound and opened the 1930s with Blushing Brides (Harry Beaumont, 1930) where she played a girl who works as a shop assistant, but aspires to prosper. A role that she made her own and that she repeated in a few subsequent films. In her next work, Danzad, locos, danzad (Harry Beaumont, 1931), she let her acting talent show through, giving life to a millionaire who goes bankrupt in the crash of '29 and becomes a journalist. She succeeds in the trade dismantling a mafia gang.

Metro-Goldwyn-Mayer paired her with Clark Gable in Love for Sale (Clarence Brown, 1931) to make her the humble mistress of a politician who has to change his identity in order to continue the romance. And she had one of her first significant roles in Gran Hotel (Edmund Goulding, 1932), an ensemble film based on a novel by Vicki Baum, where she shared the bill with Greta Garbo and John Barrymore.

The critics agreed that Soul of a dancer (Robert Z. Leonard, 1933) was the "definitive consecration" of the actress. Crawford teamed up again with Gable. In the film, which also featured Fred Astaire and Franchot Tone, she was a girl who went from dancing in a seedy bar to making it big in a big Broadway musical. Crawford's star increased alongside Gary Cooper in Let's Live Today (Howard Hawks, 1933), an adaptation of a novel by William Faulkner where the actress was torn between her love for an English civil servant (Robert Young) and Cooper's.

In addition to growing as an actress, Crawford surpassed herself every day in elegance. She was one of the best dressed women of her time and that took her time: "Adrian, the couturier who designs for Metro actresses, was waiting for her in his studio. Joan tried on three dresses, chose various fabrics and embellishments, met with the shoemaker and the hatter, selected several beads and kept a new model of camel skin coat", recounted a chronicle published in La Vanguardia in 1934 where a journalist narrated a day in the life of the artist.

That glamor was very useful for works such as When the Devil Appears (W.S. Van Dyke, 1934) in which she was accompanied again by Gable or Thus Loves Women (Clarence Brown, 1934) where she married a millionaire a little out of spite. and a little out of interest and where she shared the bill with her second husband, Franchot Tone, whom she married in 1935. Crawford closed the decade with one of her great roles: Crystal in Mujeres (George Cukor, 1939) where she was a perfume saleswoman who stole Norma Shearer's husband. The film was a double triumph for Crawford because of her success at the box office and because she hated Shearer in real life.

In the early 1940s, the actress was admired and envied in equal parts around the world, but her star began to fade. She entered the list of "actresses who are box office poison" and her relationship with Metro became cloudy. Aware that the dancers and lovers that she had played up to that moment no longer had much to offer, Ella Crawford went to Warner to become a mature and struggling woman.

Mildred Pierce was the exponent of that new Crawford. Pierce was the protagonist of Alma en suplicio (Michael Curtiz, 1945), a film based on the novel by James M. Cain that moves between the noir genre and melodrama to tell the story of a woman who struggles to go from waitress to owner of a chain of restaurants and who gives everything for his daughter Veda (Ann Blyth) until discovering that the girl is cheating on him with her husband. The role of the selfless Mildred brought Crawford an Oscar that she did not expect, so she did not attend the awards ceremony. But when she found out that she had been the lucky one, she dressed in her best clothes and received the press at her house.

He acted in other melodramas such as Love that kills (Curtis Bernhardt, 1947), for which he received an Oscar nomination, or The Envious (Vincent Sherman, 1950). She had been on the crest of the wave for three decades and three marriages behind her, because after divorcing her Tone she married another actor, Philip Terry, from whom she also separated from her. She had fame and fortune and could have retired, but she chose to remain at the foot of the canyon and thus landed the role for which she will always be remembered, that of Vienna, the owner of the saloon-casino who is reunited with her old flame, Sterling Hayden, in Johnny Guitar (Nicholas Ray, 1954).

She continued to be active during the 1950s after discovering that this role of a mature but strong woman attracted the public and she starred in films such as Autumn Leaves (Robert Aldrich, 1956) where she was a woman who got married when she was old to discover that her husband had a Mental illness. The actress had not thrown in the marriage towel in real life either, and in 1956 she married for the fourth time with Alfred Steele, president and one of the main shareholders of Pepsi-Cola.

Crawford had managed to stay in the Hollywood firmament thanks to his perseverance, but by the 1960s, staying at the top was much more complicated. And yet, she achieved it thanks to a risky project that she starred in with her arch-enemy Bette Davis, another of the great legends of the Mecca of cinema. Robert Aldrich brought them together to play two sisters living in isolation in What Ever Happened to Baby Jane? (1962).

Davis was the bad one torturing poor Crawford, crippled in a wheelchair. The film was a success and the first of many of the same style that allowed Joan to continue in the film industry. She didn't need her, though, because she already had another job that was better paid if possible. When her husband passed away, she left him an important package of Pepsi shares. The actress also inherited the presidency of the soft drink company and, far from delegating, she took over the reins of the company. Crawford died in 1977 of cancer.