Joan Barreda, from being unconscious in a "brutal" fall to saving the stage

Joan Barreda continues to subscribe to the epic in the Dakar rally. 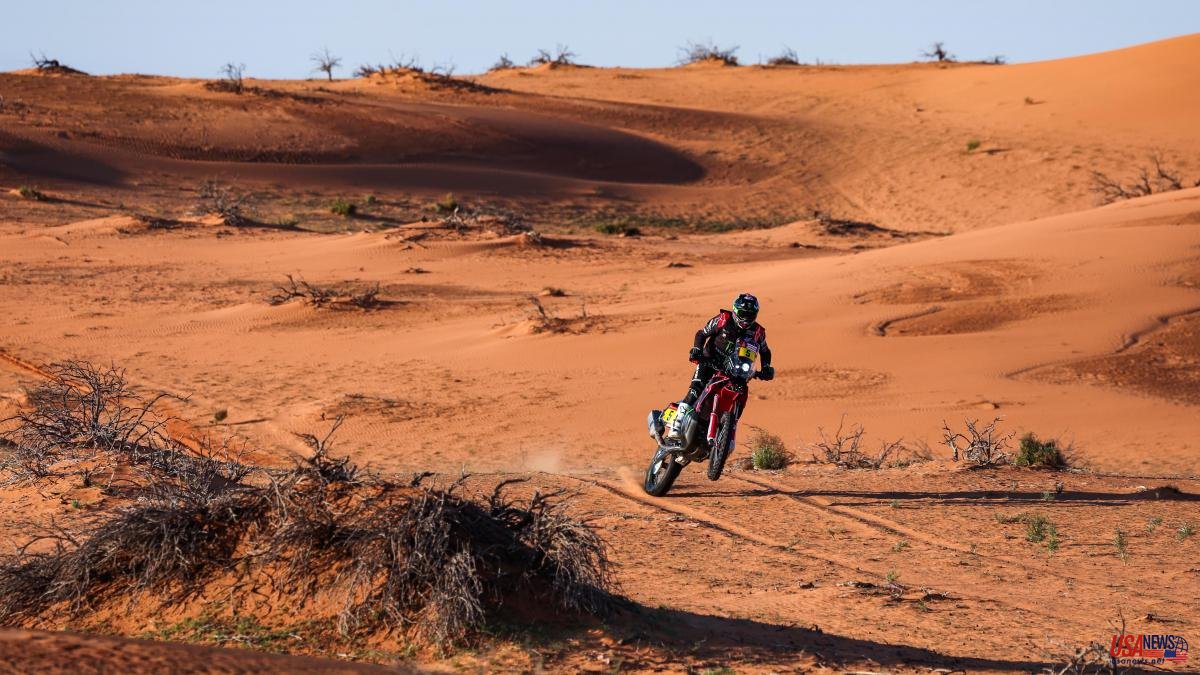 Joan Barreda continues to subscribe to the epic in the Dakar rally. If in stage 2 he fractured a toe, and in stage 4 he won his 30th special overcoming pain, in stage 5, today, the man from Castellón overcame an accident in which he was knocked unconscious 20 km away from the finish line, with the consequent risk of life and fright for the pilots who helped him.

Even so, Bang-bang recovered from the blow and was able to finish the stage in 14th position, losing just 14 minutes, so he initially only lost two positions overall, now led by Skyler Howes (Husqvarna).

The 5th stage was not going very well for Joan Barreda, who had to open the track as the winner of the previous day. The man from Castellón was trailing the favourites, giving up time at each checkpoint. Thus, at point 210 he was 22nd and lost 14 minutes. However, from then on he went into comeback mode and began to cut times.

With 47 km to go, at the penultimate checkpoint (km 326) Barreda moved up to 15th, 12m29s behind the then provisional leader Nacho Cornejo. It looked like down the stretch he could get pretty close to the Van Beverens, Price, Howes or Klein...

But with 20 km to go, Barreda suffered a spectacular accident. "It was a super, super brutal accident," said Skyler Howes, the new leader.

As the American from Husqvarna explained upon arrival at the finish line, in the final stretch of the stage a group of five riders rode together: together with the man from Castellón, Van Beveren, Quintanilla, Price and Howes, who saw the fall of the Spaniard up close.

The accident took place in an area of ​​large level 1 dunes, which are difficult to climb. According to Howes, “Joan had a very hard crash just ahead of Toby (Price). It was a super, super brutal accident. We stopped for a few minutes, we had to wake Joan up because she was unconscious, which was pretty scary for us, and we helped Price too.”

The surprising thing about the case is that Barreda recovered from the bump on the ground and from the blow that Price's KTM apparently also gave him, and joined the group with which he was riding, according to Howes, “at a wild pace until the end”. .

According to Howes, the man from Castellón was “lying on the ground for six minutes”. Even so, in that final 20 km stretch, Barreda only gave up 14 minutes to the winner, Van Beveren, who scored his first victory with the Honda (after many years riding a Yamaha).