The Compromís electoral commission, recently created to organize the work and training strategy for the new electoral period, was preparing a few days ago to call a large public act on the river in València with a clear motto: 'A third Botanical'. 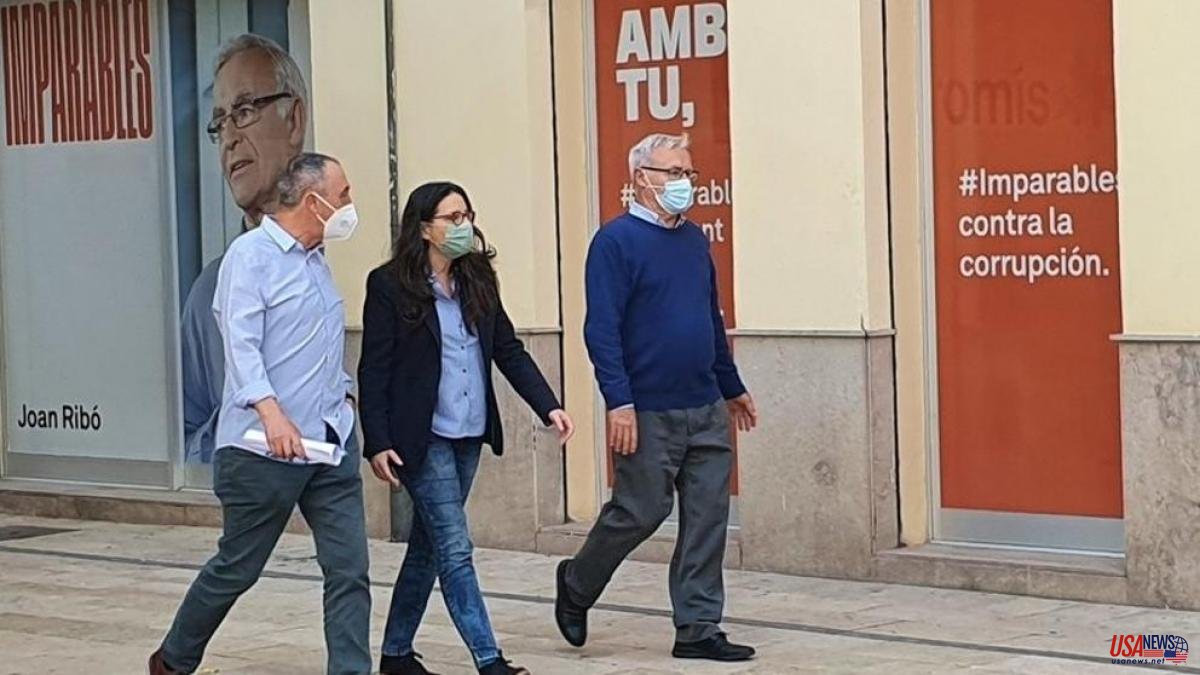 The Compromís electoral commission, recently created to organize the work and training strategy for the new electoral period, was preparing a few days ago to call a large public act on the river in València with a clear motto: 'A third Botanical'. A first meeting to celebrate and vindicate the three years of legislature and already think about the imminent campaign of the regional elections.

On stage, the leaders of the four parties that make up the coalition agreed that the four spokesmen for Compromís, Mónica Oltra, Joan Ribó, Àgueda Micó and Juan Ponce, would rise. However, one of those present at the meeting pointed out the need to add also the spokesman in Congress, Joan Baldoví.

Nobody objected to his presence in an act that, by the way, the coalition is observing with some fear since, after the letter from the Prosecutor's Office, Oltra's accusation could occur at any time and frustrate the objective of the call.

Be that as it may, for a few weeks the presence of the only Compromís parliamentarian in Congress has been increasing. He participated in an outstanding act (also with the vice president and the mayor of Valencia) on the Port of Valencia and took the lead in the meeting of the financing that projected his party in the Corts Valencianes. He also presented amendments to the Sports Law at the coalition headquarters and was in acts with the militancy such as the crowded inauguration of a headquarters in Mislata.

Although in Compromís nobody doubts that Oltra is the virtual candidate for the 2023 elections, it is no less true that many see Baldoví as the only plan B in case the judicial future of the number two of the Valencian Executive is even more complicated. Vicent Marzà's option seems more and more distant.

Sources from Més Compromís admit that, in recent days, the presence of the deputy in the Valencian Community has multiplied, but they attribute it more to the context. “Many events are always held in June -everyone wants to do things before the holidays- and Baldoví has ​​a freer agenda than those who have executive tasks like Oltra, Ribó or Minister Mollà. Also, although he asks to be with his family on weekends, he doesn't know how to say no”.

In addition, they insist both in Compromís and in Més Compromís that the prosecutor's pronouncement has not changed her line of defending Oltra's management and electoral capacity tooth and nail. "We believe that he has done nothing wrong and the resignation of the vice president is not in our plans." This does not mean that, aware of the wear and tear that this situation can cause to the brand, other party assets are sought to curb the negative effects of the tortuous legal path that Oltra still has to go through.

They point out in Més Compromís that there are many groups that request Baldoví's presence for their meetings and stress that he is a person with a high degree of knowledge and acceptance.

On the other side of the Botànic, the concern about the judicial future of the vice president is evident: "We have a big problem and it is a delicate issue," they admit in the PSPV. In the Presidency they will not move until there is a formal accusation (something foreseeable after the letter from the Prosecutor's Office). But it is that, later, they do not have much room for maneuver either.

The socialists believe that it should be Compromís and the Oltra environment that assesses the situation and makes a decision. However, they see it complicated after the vice president's reaction to the harsh letter from the Public Ministry that attributed the possible commission of the crimes of prevarication, abandonment of minors and omission of the duty to prosecute crimes.

Quite a problem to make possible the motto of the act that Compromís has convened this weekend in the city of Valencia.