Jesus of Nazareth, madness and faith in 'The will to believe', the new Messiez

When Joan of Arc was asked how she knew that the voice she was hearing was Saint Michael's, the maiden from Orleans replied that it was because she had the voice of an angel. 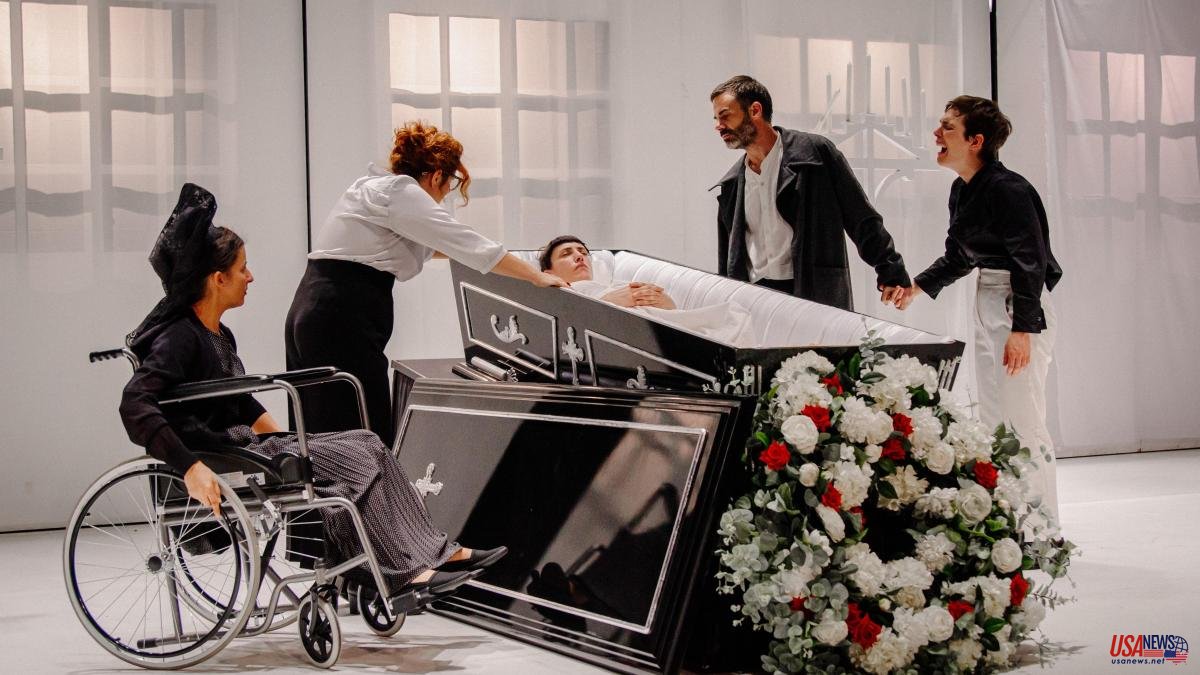 When Joan of Arc was asked how she knew that the voice she was hearing was Saint Michael's, the maiden from Orleans replied that it was because she had the voice of an angel. "And how do you know what the voice of angels is like?" she asked. "Because I had the will to believe it," said the French. From this anecdote, the playwright Pablo Messiez drew the title of his new work, The Will to Believe, which arrives this Wednesday at the Sala Fabià Puigserver of the Teatre Lliure in Barcelona after triumphing in style at Matadero Madrid, and will remain until next January 15 on poster.

The Argentine repeats in the Barcelona theater after the success of Las canciones, his previous show. His current proposal, “a most artisan work”, in the words of the director, starts from the return home of Amparo, who returns from Latin America with his wife Claudia, who is pregnant, because they want the girl to be born in Europe. When she arrives at the family home, things are just as bad as she left them. Her older sister, Felicidad, lives embittered in a wheelchair trying to understand a world that separates her from her. Then there is Paz, her other sister, who defines herself as a "single, poet and drunk" woman. The trio is closed by the smallest of all, Joan, who is convinced that it is Jesus of Nazareth who has returned to Earth.

With this family context as a backdrop, the viewer will follow Claudia's pregnancy, which will end up complicating until it triggers a tragedy. But not all is lost. Despite her madness, Joan will try to make the leap of faith that makes life possible.

In a meeting with the press, Messiez stated that the objective of this creation is to "question the distinction between fiction and reality and find out what relationship exists between will and faith." For this, he is inspired by the film Ordet, by C.T. Dreyer, which in turn is an adaptation of the play of the same name by Kaj Munt. “Belief always happens in a group and in society. No one believes alone since they would be taken for crazy. And that is precisely what happens in the theater: an act of faith on the part of the public", insists the one from Buenos Aires, who anticipates that his new performance "offers some rules of the game and, as the play progresses, we ask the spectators a greater belief until reaching an implausible situation that we have all decided to believe”.

However, the playwright is aware that "it is impossible to connect with everyone." For this reason, he reflects on the option of leaving the theater if that happens. “There's no point getting stuck watching something you don't like and we creators should understand that. It is impossible for us to like everything. And it is important for the viewer who is there to connect with the scene, something that is not so easy in a world full of screens. But in the end it is the balance of that coexistence and I like to see how far we are able to be together with the public in each performance. Because without them there is no work ”, he concludes.