Jeremy Hunt: the leader of the mutiny against Boris Johnson

It is unusual for the son of a Royal Navy admiral to be the ringleader of a mutiny. 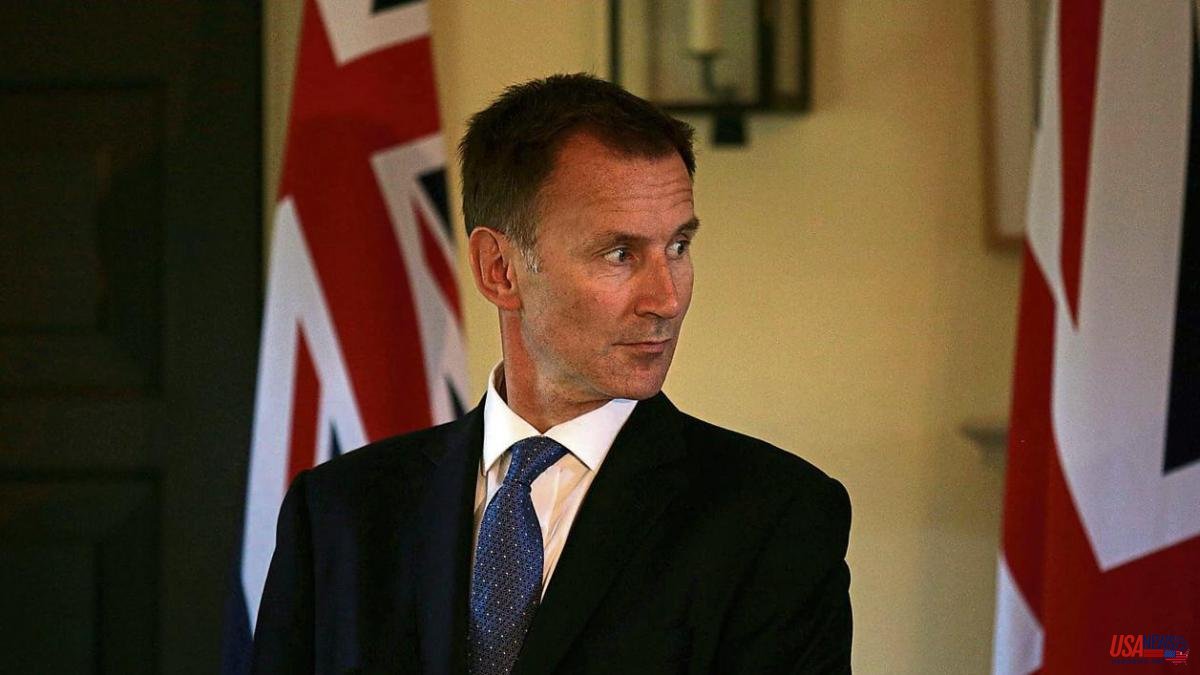 It is unusual for the son of a Royal Navy admiral to be the ringleader of a mutiny. But the ship of British politics, capsizing in the troubled waters of Brexit, the economic crisis and the gradual fragmentation of the United Kingdom, is not just any pirate ship. And Boris Johnson isn't Admiral Nelson either.

In the tale of British politics, Boris Johnson is identified with Captain Hook, a textbook pirate, and Jeremy Hunt, with a Peter Pan who has now decided that he is not satisfied with flying low and also wants to grow up. But reality does not always imitate fiction, and neither one nor the other quite fit the papers. The prime minister considers it an injustice that neither the electorate nor his own party thank him for rescuing the country during the pandemic, the speed of the vaccination campaign and the leadership in standing up to Putin. And as for the admiral's son, as a child he has nothing and ambition is not lacking, as is being shown.

Jeremy Richard Hunt, 55, a millionaire, married to a Chinese woman, MP for south-east Surrey and former Minister for Health and Foreign Affairs, has been the unofficial leader of the riot in which 148 Conservative MPs expressed their distrust of Johnson last Monday. as a leader (from Peter Pan, fair enough). A very heavy blow to his authority that will complicate the rest of his term, however long it lasts (the next general election is scheduled for 2024). He has openly criticized it and has explained the reasons why. And although without organizing a rival candidacy for now, he is number one in the line of succession according to the bookmakers.

Hunt reached the final round of the Tory internal primary for the 2019 leader election and was defeated by Johnson. Popular in the House of Commons, he lost to the militant vote (a group with an average age of seventy, predominantly rural), who did not forgive him for having originally been against Brexit, nor for his airs of metropolitan intellectual, which is almost an insult in the brutal culture wars currently being waged in the trenches of Western societies.

As the son of a Sir Admiral, he had no problem studying Philosophy, Politics and Economics at Oxford University, where he met Boris Johnson and David Cameron (he hit it off much better with the former than with the latter, which would have consequences on his political career). He was very active in conservative student circles, joining the more socially and economically progressive wing of the party.

Cameron, as soon as he came to power in 2010, appointed him Minister of Culture, Information and Sports, and later put him in charge of the complex Health portfolio, in which he remained for six years and faced less veteran doctors who demanded better salaries. Theresa May also counted on him, giving him Foreign Affairs when Johnson resigned in preparation for her final blow.

The current prime minister, after winning, purged all those who had stood up to him instead of getting on his car like little lambs. He offered Defense to Hunt to take away the prestigious Foreign Office, and the admiral's son said no, thanks, preferring to stay as a simple deputy and plot his return to the forefront, and his revenge. Which is what he is doing now.

His manners are soft and not shrill, he has a reputation for honesty and moderate politics, as if he had never broken a plate in his life. If Johnson is a good leader but a lousy manager, he is a good manager, but his qualities as a leader are unproven. On Brexit he has been as slippery as a snake. He first declared himself in favor of continuing in the European Union, then he asked for a second referendum, and later on permanence in the single market. Until he changed his mind and said it was better to have left, citing "the arrogance of Brussels" as an argument.

It is said that it is better to have friends far away and enemies close, and Johnson looks for a way to buy Hunt, perhaps offering him the Ministry of Finance (most likely he would reject it, as it is in the yard). The leader of the rebellion can be humble, as when he asked his mother-in-law for the hand of his daughter according to Chinese tradition. But one thing is the family and another is politics, where pride rules. If Captain Hook was Peter Pan's archenemy, Boris is his.