Forward Jenni Hermoso, one of the captains of the Spanish soccer team, announced on Tuesday her support for the 15 players in the red who asked not to be called up. 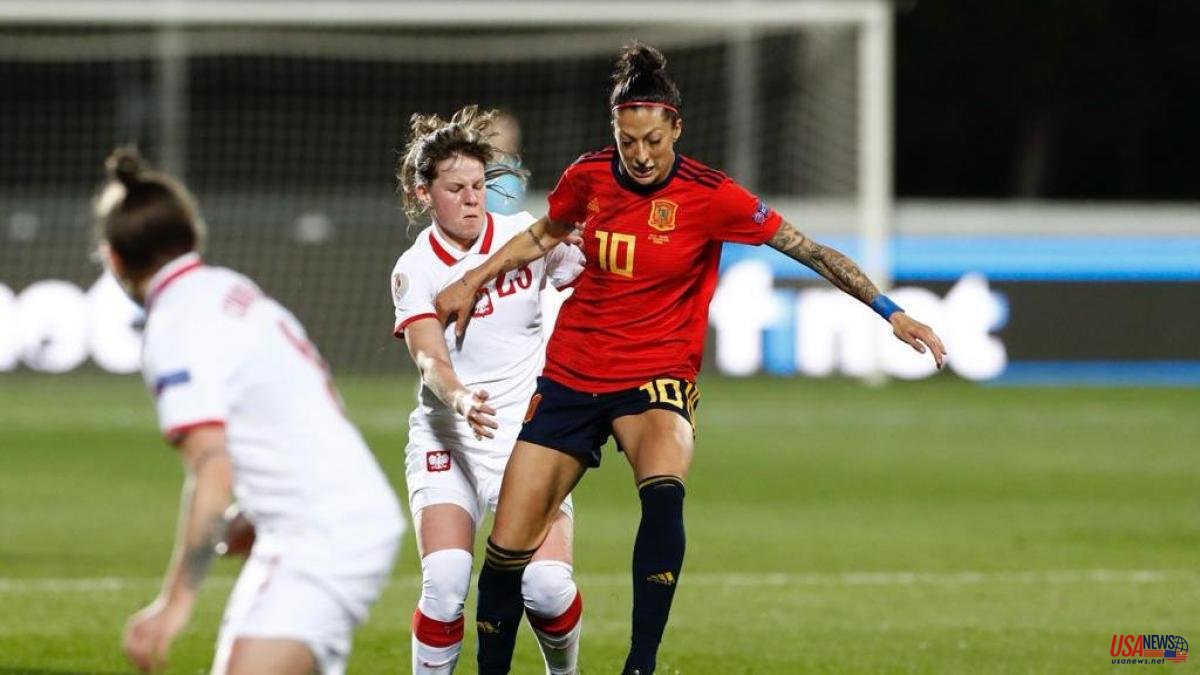 Forward Jenni Hermoso, one of the captains of the Spanish soccer team, announced on Tuesday her support for the 15 players in the red who asked not to be called up. "I want to publicly express my support for all the colleagues who a few days ago decided to communicate their position. Not only do I understand their reasons, but I have also experienced many of the sensations and concerns they have communicated," Hermoso said on his social networks.

Last week a group of soccer players wrote emails to the Spanish Soccer Federation in which they announced that they did not want to be called up to the national team after questioning the work of coach Jorge Vilda.

In the message, the players explained that they will not return to the team until the situation is reversed, which, they insisted, affects their health and emotional state.

"The situation we are experiencing does not come from one day to the next. It is evident that it is the consequence of a host of events, behaviors, decisions, failed attempts and wear and tear for trying to make the player's voice be heard," he added. Beautiful, attacker of the Mexican Pachuca.

“What else do we need to do so that the players are heard in a friendly way? The players must be part of this process and what happened a few days ago is not blackmail or a whim, as they wanted to handle it”, the former Barça player continued.

Hermoso is not part of the group of fifteen, however, he has reiterated his solidarity with his companions and has confessed that he is going through a moment of sadness due to the breakdown of the group's harmony. "The reality is that I haven't slept for days, thinking of solutions and looking for explanations to the emptiness so great that I feel inside of me. And it is that, after what we have worked on, my heart breaks when I recognize that we are living the worst moments of women's football in Spain", he added.

However, Hermoso points out that he does not share the ways of the 15 players, although he insists that he empathizes with the need "to do something" since they are in "an unsustainable situation that does not benefit Spanish women's football at all." "I have always put the group first and this time it will be no different because for me, defending my country is, and always will be, a source of great pride and motivation", added Hermoso.

The crisis in the Spanish national team occurs a year before the World Cup, in which the team led by Vilda, eighth in the world ranking, will seek to be the protagonist. In the last World Cup, in France 2019, La Roja lost Cintra United States in the round of 16 (2-1).

Hermoso, who signed for Pachuca this summer, scored his first goal with the Mexican team last Thursday. Already recovered from an injury, the player aims to put together a good duo with the Mexican striker Charlyn Corral, especially in the decisive phase of the championship. Pachuca lost this Monday 2-1 against America and appears in sixth place with seven wins, one draw, six losses and 22 points, 17 less than the leader Guadalajara.