Jean-Michel Casa: "Barcelona-Marseille is a great agreement: it will be done"

The war in Ukraine and its economic consequences stimulate cooperation in the European Union and at the same time excite national interests. 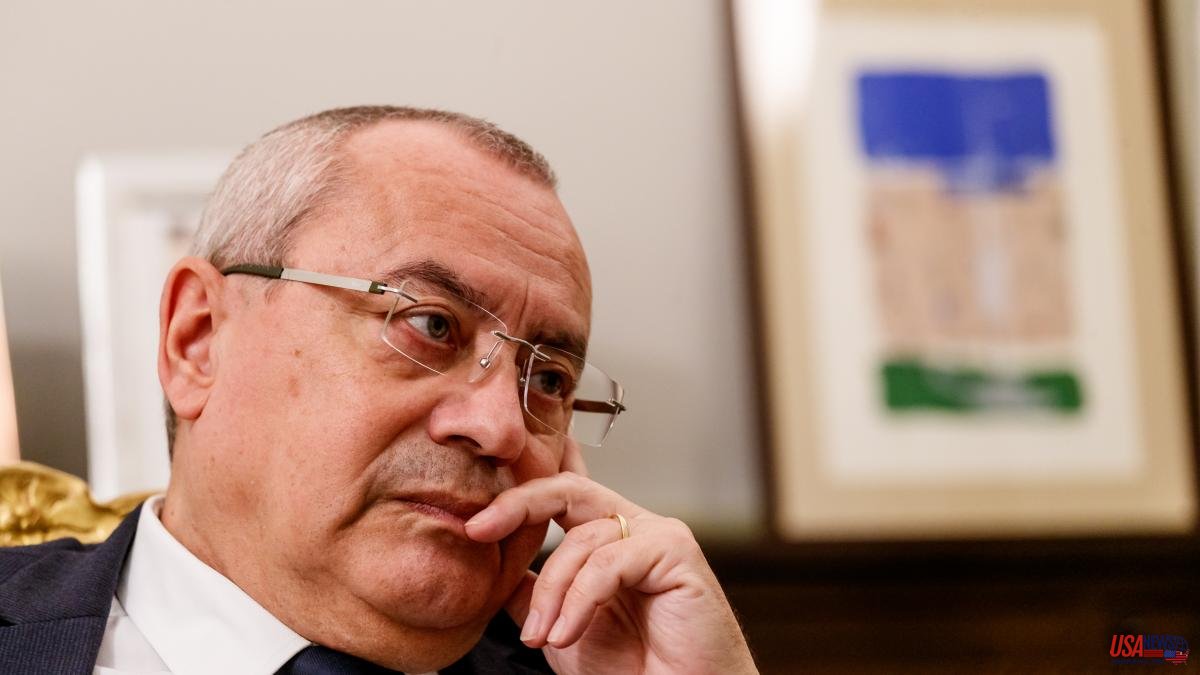 The war in Ukraine and its economic consequences stimulate cooperation in the European Union and at the same time excite national interests. We are seeing it with energy policy. We have seen it with the discussion about the Midcat gas pipeline, finally closed with an agreement with which France has wanted to erase the image of an obstructionist country of a greater interconnection of the Iberian Peninsula with the rest of Europe. La Vanguardia has talked about it with the French ambassador in Spain, Jean-Michel Casa.

Are we facing a solid and achievable agreement?

It is an agreement between European leaders very determined to find a solution to a deadlocked problem. President Macron decided to take the initiative during the Prague summit on October 7, in which he proposed a three-way meeting between Spain, France and Portugal. We have been working intensively on a solution. And I think we have found it. The energy corridor between Barcelona and Marseille will be carried out.

What are the deadlines?

They are talking about five or six years, but we have to wait for the technical studies. And the financing of the European Union must be negotiated.

The Midcat would surely have been completed sooner.

Look, the Midcat was abandoned in 2019 with the support of the Spanish Government. I don't know how many times the Minister for Energy Transition, Teresa Ribera, has said that it was an inappropriate project for the future, since it is not a question of continuing to bet on fossil fuel transport. It is true, we are in an energy crisis, but the Midcat did not solve it. It was not an infrastructure for next year, nor for the next. I needed time. I needed municipal licenses. And it posed a problem for France.

I'm going to tell you. To complete the Midcat, the pending section between Hostalric and Carcassonne had to be built. But that was not all. In France we have two gas distribution networks, one operates in the southwest and the other in the rest of the country. Both are poorly connected. To take the Midcat to the Rhône and connect to the central European network, we had to build another 700-kilometre gas pipeline, crossing several natural parks. For France it was very difficult to undertake this project. I think that the President of the European Commission, Ursula von der Leyen, may have contributed to the confusion by supporting the resumption of Midcat, knowing that it was a fossil energy transport project.

In Spain it was interpreted as an obstruction.

I want to make one thing clear: in this matter, France has not wanted to go against the interests of Spain and Portugal. That is why we looked for a solution that would overcome the blockage. I think we've found it. The green hydrogen corridor between Barcelona and Marseille offers a different perspective. It is a future project.

It will also transport gas.

The feeling has remained that the word interconnection causes allergies in Paris.

Nope! The interconnections with the Iberian Peninsula do not cause any animosity in France. President Macron is very interested in them. What Macron has always said is that we must advance in feasible projects

There has also been the feeling that we have witnessed a low-intensity battle between France and Germany over the new European energy networks after the break with Russia.

I think that Germany is wrong in thinking that in order to replace Russian gas, on which it has based its industrial development in recent years, it is necessary to once again invest massively in gas pipelines. This is not the European consensus. It is not new that we have differences with Germany, for this the permanent Franco-German dialogue is useful. President Macron and Chancellor Scholz have just successfully met in Paris.

I suggest you review the other interconnections. Electricity. There are problems with the Bay of Biscay cable.

We have encountered technical difficulties due to instability phenomena in the Capbreton submarine trench that have forced us to modify the project. This has caused a delay in the initial deadlines.

New electrical interconnections are planned for Aragón and Navarra.

Yes. And there could be more. For President Macron, electrical interconnections are a priority.

Railway: French stopper for the Mediterranean corridor and delay in the Basque connection.

Let's go by parts. On the one hand, there is the Mediterranean corridor. The freight trains that today depart from Barcelona circulate through France without any problem. When the corridor connects with Valencia, in my opinion, there will be no problems either. Work is underway to modernize the Perpignan-Montpellier section. And in the Atlantic, work is being done to bring high speed to Dax (near Bayonne). But there will be problems in the French Basque Country, due to its tourist density. On the other hand, if I am not misinformed, the works of the Basque Y in Spain are also behind schedule.

A new friendship treaty between Spain and France is being negotiated.

We are going to consolidate in a single text all the agreements between France and Spain, to further institutionalize a relationship that is very intense, the most intense between two European countries with a common border. It should be signed in January, during the next summit between the two countries.