Javier Pacheco: "It is impossible to recover all the inflation this year in wages" 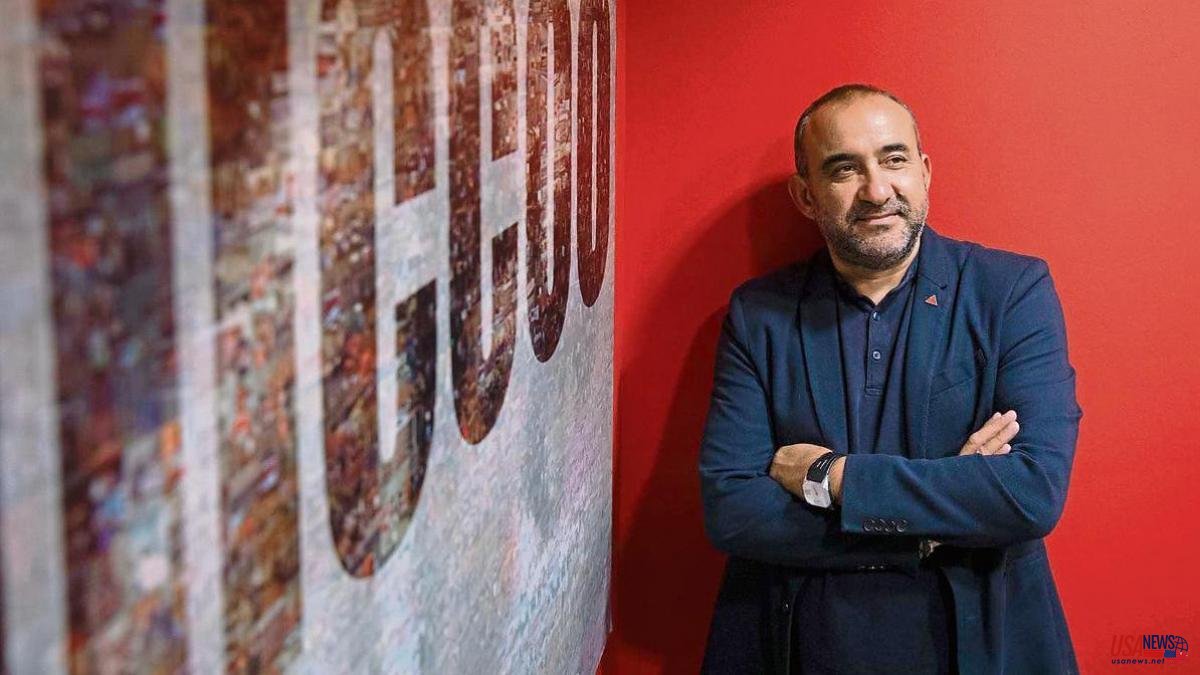 Javier Pacheco (Barcelona, ​​1970), general secretary of CC.OO. from Catalonia and a former Nissan worker, he does not consider it a failure that Catalonia has not been able to attract a large industrial investment to replace the activity of his previous company in the Barcelona Free Zone. Meanwhile, the union tries to stop the wage devaluation that threatens workers with runaway inflation.

What percentage increase will be agreed on average this year?

I think that collective bargaining is suffering the consequences of inflation and that any deviation from the CPI is irrecoverable because, among other things, I do not believe that we are in a position to agree on collective agreements with wage increases at today's inflation levels. We have to try to limit the impact by putting formulas in the collective agreement to recover purchasing power. The revision clauses have to have a certain flexibility in their articulation.

Will workers come out of this process poorer?

This year we are already going to see poorer workers because unfortunately it is already impossible to recover the accumulated inflation.

But will that loss ever be recovered?

Of course. Here are the economic policies. That is why we are proposing a proposal that is multi-year, that is, to be able to overcome what has been the runaway inflation of the year 2022. We demand an income agreement in which prices are controlled, that wages are increased, that the purchasing power and that wealth be redistributed with another fiscal policy.

Why CC.OO. did not sign the Catalan hospitality agreement where a rise of 9% was expected in three years?

Do you think there is a crush between the Government and the unions for the approval of the labor reform that delays the conflict to demand more wages?

Conflict in collective bargaining has increased by 20%. What happens is that here there is a gas light on major conflicts that the union movement is leading and, if not, look at the mobilizations of the metal agreement in Cantabria, the indefinite strike in Ourense or the one that took place a few days ago in Ferrol with large demonstrations in the street.

And why isn't there a social outburst?

Because in the same way that the loss of workers' income is being passed on due to the loss of wages, hundreds of thousands of workers are being incorporated into the collection of labor income, due to the increase in hiring and in the contributions of Social Security, which partly balances what is a certain devaluation of society as a whole. Therefore, it is not the infatuation with the labor reform, it is the effectiveness of the labor reform that is also mitigating to a certain extent the impact of the loss of purchasing power of wages.

But the salaries are still low.

When workers take root with stable contracts in companies, their ability to demand will also increase and they will mobilize for their demands.

After signing the National Pact for Industry in Catalonia, why should we believe that now it will reach 25% of the industrial sector in the economy if that was already established in the previous pact?

We don't have to believe it. It is one thing for you to define the proposals that should guide economic policies to achieve an objective and another thing for that to be a dogma of faith. It will be necessary to see if the funds that the Government is going to allocate serve to achieve the objective.

And why has it taken two years to sign the pact?

We have passed the pandemic and we have encountered serious difficulties due to the composition of the Government.

Why is Catalonia now no longer capable of attracting large projects to, for example, reindustrialize Nissan?

Europe has great difficulties in attracting large development projects, industrial investment, and in this sense I believe that Catalonia should play an important role, because it is still an area of ​​southern Europe, with a strong industrial tradition, with infrastructures economy for industrial sectors.

I believe that both the Government of Spain and the Government of the Generalitat in the first instance should make a firm commitment to being able to attract some investment processes that are strategic for the configuration of the European Union and its exit from the crisis. Let's talk about microchips, let's talk about mobility planning, let's talk about nanotechnology applied to health. There are sectors that are strategic, apart from everything related to video games, which should configure large foreign investments in Catalonia.

To get to the point, why didn't the Volkswagen battery factory arrive?

Evidently, due to the territorial political framework in which Catalonia is configured in another level of protagonism: the production of vehicles. But I think that here what the Government of the Generalitat has to start is a clear strategy for the electrification of mobility. More than one battery plant will be needed in our country and Catalonia, if it wants to continue being a driving force in the automotive sector, should play that game.

Do you think the projects for Nissan are a failure?

I don't think they are a failure. I believe that it is very difficult to articulate a reindustrialization of a multinational car company because the only way to be able to compensate it in a neutral way is to bring in another multinational car company and the jobs. I think that getting two incipient industrial projects in the world of electromobility is still a good job. Europe, among other things, has installed overcapacity for the market it supplies. The strategies of the large multinationals are not in growth of the productive apparatus.