In the elevators of Singular Bank, a wealth management bank owned by the Warburg Pincus fund and the financier Javier Marín, hangs the code of conduct that is prescribed for each and every one of the company's 400 workers. 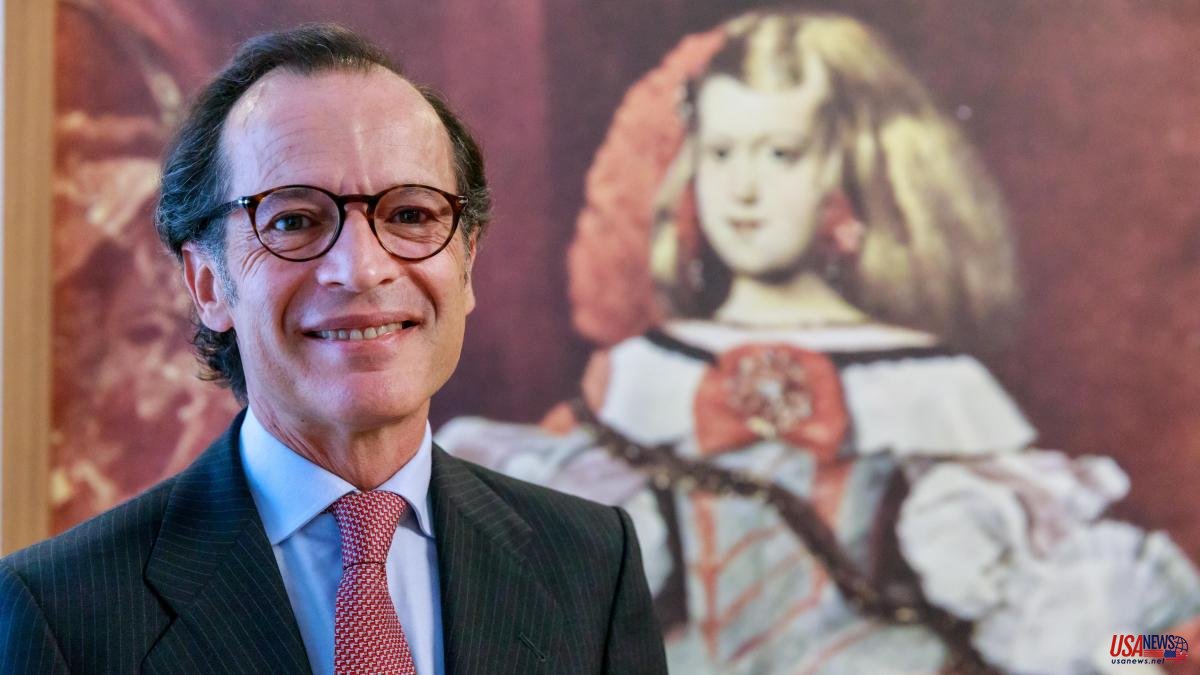 In the elevators of Singular Bank, a wealth management bank owned by the Warburg Pincus fund and the financier Javier Marín, hangs the code of conduct that is prescribed for each and every one of the company's 400 workers. “We put it there because we want no one to forget it and keep in mind the commitments –empathy, respect, proactivity, honesty, rigor, sustainability, transparency, excellence, discretion and financial education– when acting: the code is what defines us the soul and the path by which we would like to be identified”, explains Marín, CEO and shareholder with a small percentage of the capital.

Accustomed to always managing other people's money, Marín says that there is not much difference between what he has done all his life, especially at Banco Santander, and what he does now. Marín began his career in the bank in legal advice and accumulated experience in the technical secretariat of the presidency in the life of Emilio Botín, and in private banking, both at Banco Santander de Negocios and at Banif. In 2013, after the departure of Alfredo Sáenz, he was appointed CEO of the bank, a position in which he lasted a year and a half. He was dismissed weeks after Ana Botín's accession to the presidency.

Now, Javier Marín Romano (Madrid, 1966) has left that stage behind and is struggling to consolidate Singular Bank in the complex world of private banking. The bank has just closed the purchase of UBS's wealth management business in Spain, where it has offices in La Coruña, Las Palmas, Madrid, Málaga, Murcia, León, Seville, Valencia and Zaragoza, as well as Barcelona. "Thanks to this operation, we are already in Catalonia, where we have proposed to multiply the business by four in the coming years so that it has the weight that corresponds to it", announces Marín.

The goal is very ambitious. Singular today has a single office in Barcelona, ​​15 people on staff and some 700 million euros under management in Catalonia. “The most important thing is to do it well, because then, if you accompany it with investment in talent, growth will surely accompany you,” he adds. Marín does not rule out analyzing purchase opportunities if they make financial sense, although he clarifies that his commitment is organic growth and incorporating good professionals. "It's slower, but more uniform," he says.

A lover of golf and opera, the chief executive of Singular Bank says he has the rope for a while. "If it's because of genes, it's clear: my mother, at 87 years old, continues to go to her pharmacy two or three times a week... because the master's eye makes the horse fat," he says, pulling from proverbs. She has assumed that now she will have to break stone and be close to her teams spread throughout the country to meet, listen, propose, push... Singular will be plural or it won't be. “A businessman does not miss a client: a client's problem is your problem”, he insists.

In the turbulent financial waters of 2022, Singular's recipe tries to flee from conventions. "We put solutions before products and, in a context of total uncertainty, we combine approaching the markets with illiquid positions in venture capital or real estate," he says. The volatility is immense. The opportunities, too. And Marín believes that, given what is happening, it is not time to remain still but to have clear ideas and act. "I have no doubt that in 2023 and 2024 there will be a very good harvest," he says. Once again, the formula goes through the team. "I'm wrong, like everyone else. The important thing is to have good professionals, the best, but also good people: if this is not the case, if we do not help each other, there is nothing to do”, he concludes. Singular is conjugated in the plural.