Javier Blas: "Commodity trading is like the North American West"

On the global freighter tracking screens at Bloomberg headquarters in London, a light goes out. 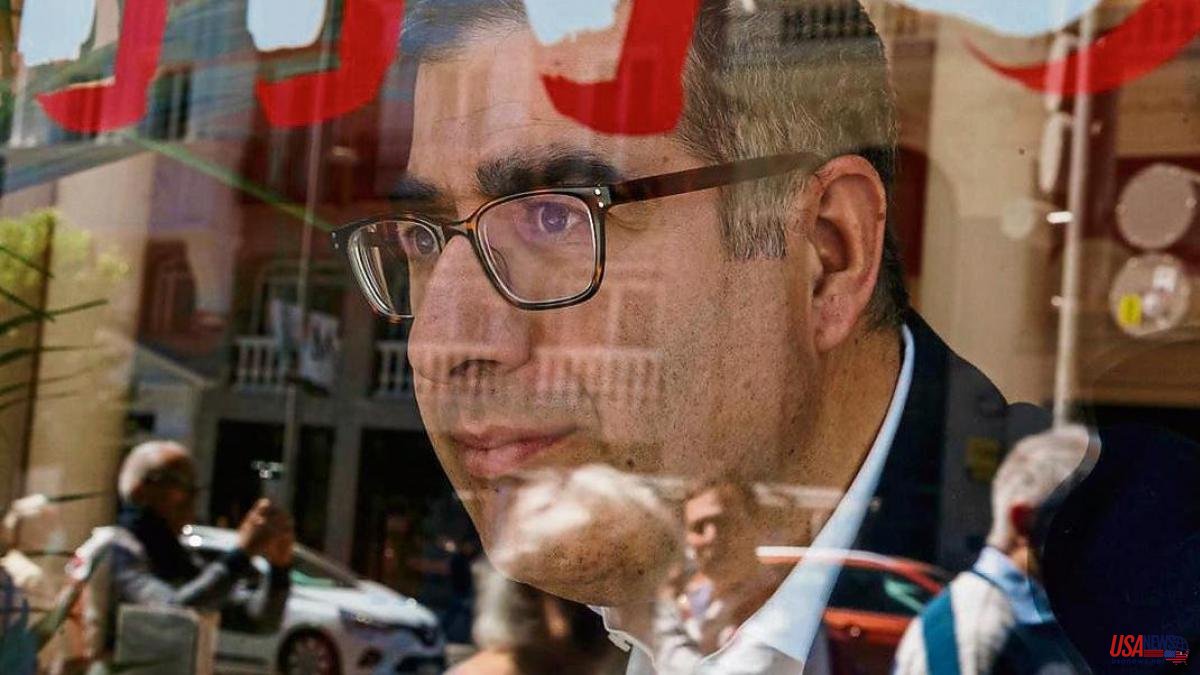 On the global freighter tracking screens at Bloomberg headquarters in London, a light goes out. It is a ship that has disappeared. No alarm goes off. Nobody cares. “They sail in the dark. It is illegal but in certain areas of the world on the high seas it is done”, explains the Bloomberg journalist Javier Blas, specialized in raw materials, in conversation with La Vanguardia in Madrid. Blas is, together with his colleague Jack Farchy, co-author of the book The World for Sale (ed. Peninsula).

His story could well be the script for an upcoming Netflix series, but what it reflects is the dark world of commodity trading and the dire consequences of what Blas calls "a world similar to the American West, where cowboys and Indians They were governed by the save yourself who can, without any type of regulation.

Why do those ships disappear?

Perhaps to hide transfers of raw materials, normally oil, but also from a ship of one nationality to another and to lose track of the origin. They don't always go away. A few weeks ago, off the coast of Ceuta, two large cargo ships came together, one with Russian crude, and its merchandise was transferred to another of another nationality. They didn't even hide it.

Is that why we now pay exorbitant prices for energy?

Commodity companies can throttle the market for a few days, but when price stress lasts for so many months the reason is supply and demand. Another thing is that they take advantage of the situation to do business by buying low and selling high.

His book opens with a shocking account of how Marc Rich, now called Glencore, a leading commodity trader, financed rebels in the war against Gaddafi in Libya. What role have they played in the Ukraine war?

They do not provoke wars directly, but they do take advantage of all of them. Its great economic power is accompanied by a powerful political power. Marc Rich made gold speculating in Spain with the Franco regime. In the case of Libya, they financed the rebels that the West supported against Gaddafi. They have done business with Pinochet in Chile and with Fidel Castro in Cuba. No matter the political color, sometimes they even finance both sides of the same conflict. Managers have no shame in speaking naturally about bribery and wars as a business opportunity.

And in this case?

Since the fall of the Soviet Union, they have financed the then small businessmen, who traded in Russian oil and metals. Those are the Russian oligarchs, billionaires. But it is not ruled out that they also do business with raw materials from Ukraine.

Just a handful with political power. Glencore (the former Marc Rich), the only one publicly traded. Vitol, the leader in the oil trade, Cargill, the king of agriculture, and Trafigura, mainly. They rule more than any government.

They have never won as much as now. Between the four they invoice 725,000 million dollars a year. This is a third of the world economy. The benefits of the first three exceed those of Apple and Coca Cola combined.

Too much money to be so unknown. How is it possible?

Its managers have been working hard all their lives to stay in the shadows so that no one knows much about their business. Since the seventies of the last century, they have been sitting down with rulers from all over the planet, especially from the third world, to negotiate. But, for example, Putin knows what he has negotiated with them, but not what they negotiate with others. In the West there is hardly any information about their activities. A report from the Bank of England acknowledges that their activity is “totally opaque” and the US Federal Reserve admits that it is totally unregulated, while warning of a possible systemic risk on them.

Trafigura has had funding problems. Is this a possible Lehman Brothers or are these companies too big to fail?

Perhaps not so much, but it is very worrying, because those who finance these companies are the commercial banks in which we citizens have our money. HSBC, ING, Société Générale, Crédit Agricole, Rabobank, Unicredit or Santander in Spain, etc. We would all pay for your liquidity problems.

Is it possible to stop them?

The US has just imposed the largest fine in history for market manipulation, 485 million euros on Glencore. But as long as there is no personal risk for the managers and they risk jail time, that amount will only be one more cost.