Jaume Guardiola: "I am very comfortable with the continuation label"

Jaume Guardiola has developed his professional career in the financial world, most recently as CEO of Sabadell. 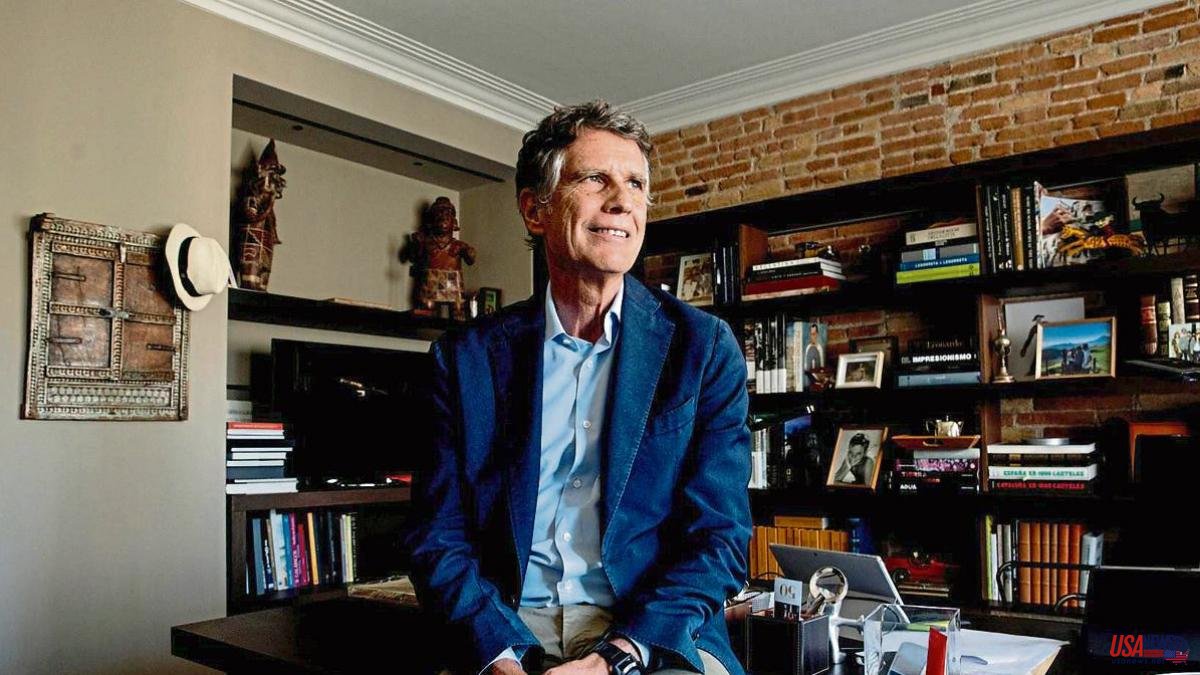 Jaume Guardiola has developed his professional career in the financial world, most recently as CEO of Sabadell. The candidate to preside over the Cercle defines himself as a continuationist, but of the entire history of the forum, not only of the last meeting, of which he was a part until the electoral call. His analysis considers that Catalan civil society has changed and the Cercle must reconnect with it.

Is it good or bad that there are elections?

What do you think of the decadence debate?

I believe that the classic vision of economic civil society is very marked by that of the old family businesses. And that is changing. Civil society has moved a lot. Now, many family businesses are not from families but from more active players, such as private equity. There are many family offices of old families that now finance other activities. And we have global executives. There are new economy projects, such as the supercomputer, which generates spin-offs. Many people from abroad who choose Barcelona to live. There is reindustrialization in Europe, due to the crisis, because it needs to be autonomous. This opens up an opportunity for public-private collaboration in which SMEs can play a relevant role. This will generate new codes, which will have to be read. The Cercle, as always, will know. He is 60 years old.

It was not good news and we must help them to return as much as possible. Its real significance has been limited because it has not been associated with the decision centers in the vast majority. That said, it affected investment decisions in Spain and Europe as a whole, and there were many that did not reach Barcelona or companies that did not expand. It caused a loss of confidence. It was a continuous and concentrated process of high stress.

Your balance of the process?

Catalonia has lost opportunities. In terms of GDP, Catalonia has behaved much like Spain, worse if you think about per capita income. I think that all the protagonists, I underline the 'everyone', could have done better...

What can the Cercle do to help reverse it?

Improve the territorial fit of Catalonia and Spain. The Cercle is a space for meeting, debate and opinion. Give up elements of your position in favor of a higher good, which is the agreement.

You have said that the Ibex will have less weight in the Catalan economy...

There are other stock indices in the world with fewer companies operating on regulated markets. In the Spanish case, except for a few large exceptions, they operate in regular markets. But now, these companies are very affected by the new economy, platforms, self-consumption, deregulation, and in this Barcelona has an opportunity. I am optimistic. What is needed is to improve legal frameworks, regulations, taxation. And improve productivity, that is the way to improve wages, otherwise the economy is not sustainable or inclusive. We have a shortage of engineers and programmers, we need more trained people. That is what allows society to move forward together and cohesively.

What is your program for the Cercle?

Commitment and involvement with partners, with structural mechanisms for their participation. Reconnect with civil society, to understand the new phenomena in a faster and more courageous way to this new emerging civil society. Defend the idea of ​​Europe and democracy, something that may seem like a surprise in the 21st century, but geostrategic reality demands it. In the economic field, promote reforms that increase our competitiveness. Catalonia and Barcelona have everything to compete and attract investment. To do this, the Cercle must collaborate with everyone.

And your proposal for the conference?

These last two years have had a very high level. The next meeting will have a hard time maintaining that level and quality of participants. We have seen an image of the president of the Cercle together with the president of the Commission, the president of the Government and that of the Generalitat, that had never happened before in Barcelona. The creation of the Europa Prize was a great success. I am proud to have modestly participated in that meeting. Perhaps an influential or world-renowned economist should have been present. And although there was a presence of politicians, that is also part of the essence of the Cercle. Yes, it is necessary to think about facilitating more the debate and the questions of the partners. The days were vibrant and represent a reinforcement of the Cercle.

Are you the continuing candidate?

I am very comfortable with that label. The Cercle is a continuum that goes from Javier Faus to the first president that the entity had, and the next one must continue to make it great.

It will look a lot like the old one. Equal, younger, with few changes, and the news will be 25%. It will add the world of health, biotech, digital, as well as the field of public companies and geostrategic visions. There will be two vice-presidents: Teresa Garcia-Milà, who will be the oldest member of the Cercle on my board, is a great economist who has participated in boards, and Núria Cabutí, CEO of Penguin Random House and member of the Bertelsmann supervisory board.