A week after millions of people followed the funeral of British Queen Elizabeth II live, everything in Japan is prepared for the state funeral to be held this Tuesday in honor of former Prime Minister Shinzo Abe, murdered in cold blood last month. 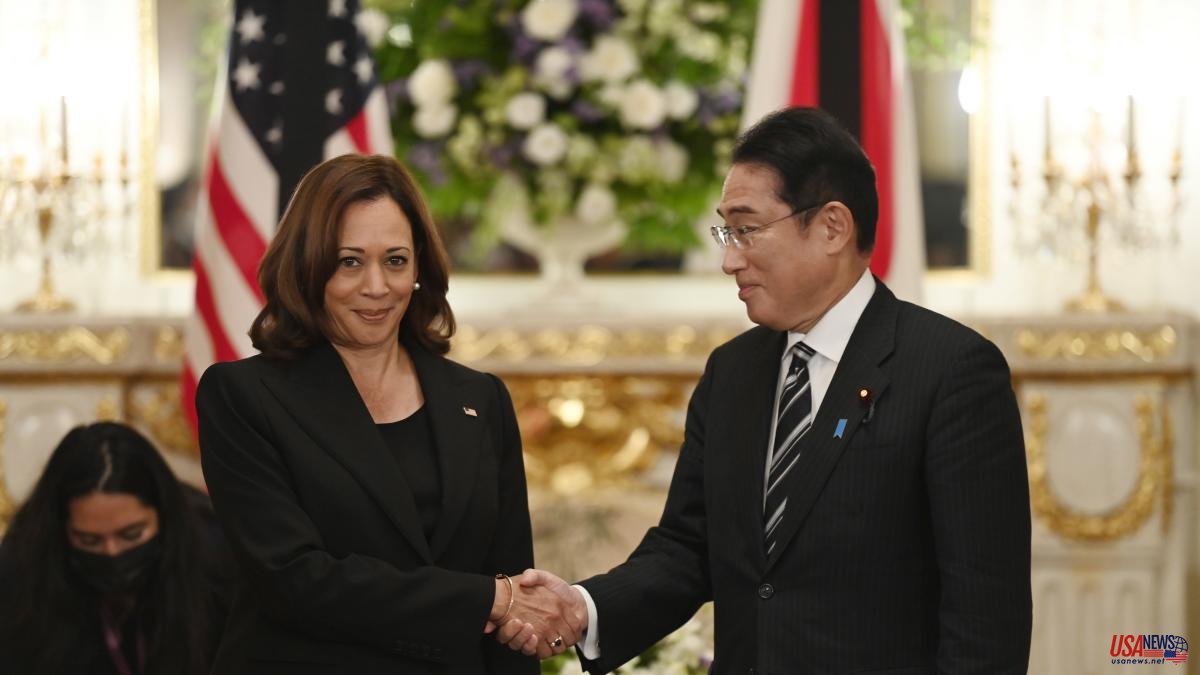 A week after millions of people followed the funeral of British Queen Elizabeth II live, everything in Japan is prepared for the state funeral to be held this Tuesday in honor of former Prime Minister Shinzo Abe, murdered in cold blood last month. of July. However, the atmosphere in Tokyo is far from the world that was breathed in London, with half of the Japanese against the ceremony and the popularity of the Government at rock bottom for granting this honor to the deceased.

As announced days after his shooting death in Nara during an electoral act, the funeral will take place tomorrow at the Nippon Budokan stadium in the capital. The event will be attended by representatives from more than 200 countries and international organizations, including the Vice President of the United States, Kamala Harris; the prime ministers of India, Australia or Singapore, Narendra Modi, Anthony Albanese or Lee Hsien Loong, respectively; or the President of the European Council, Charles Michael.

But the presence of such illustrious names does not convince part of the population, deeply divided by the celebration of the official act (half of the Japanese reject it, according to several local surveys). In recent days, thousands of people have taken to the streets to show their discontent, and last week a 70-year-old man set himself on fire outside the prime minister's residence in protest.

One of the main reasons for complaint is its high cost, about 12 million euros by the public treasury. This sum will be used mainly for security – up to 20,000 agents will be deployed tomorrow in the capital – and to attend to foreign dignitaries. Critics say that it is a useless waste on behalf of the citizen and that this money should be used to help those most in need in these difficult times.

State funerals in Japan are generally reserved for members of the Imperial Household. Since the end of World War II, only one politician, Shigeru Yoshida, received this honor after his death in 1967.

But if then there was a great consensus towards his figure for considering him responsible for charting the path of Japanese recovery, Abe is a much more divisive figure. Among the main criticisms of his mandate are his policies with a marked nationalist tone -such as his calls to reform the post-war pacifist Constitution- or his apparent involvement in notorious cases of favor treatment and cronyism. Many women also blame him for not keeping his promises to promote the incorporation of women in the labor market.

In addition, his death also triggered a wave of uncomfortable revelations about the ties of Abe and other members of his formation, the ruling Liberal Democratic Party (LDP), with a religious cult of questionable reputation.

Abe's killer, Tetsuya Yamagami, said he killed the former president for his alleged relationship with the Unification Church, an anti-communist cult originating in South Korea that he accused of leaving his family in ruin after accepting large donations from his mother.

Since then, the revelations published by the local press indicate that half of the 379 PLD parliamentarians have also maintained some kind of relationship with the group, either by sending them a congratulatory note or participating with their faithful in one of their events.

Faced with this situation, the current prime minister, Fumio Kishida, has demanded that his parliamentarians cut any kind of ties with the church. But his words have not been able to prevent his rating in the polls from plummeting, a trend reinforced by his determination to go ahead with the state funeral for Abe despite popular opposition.

This ceremony is a "huge miscalculation" on Kishida's part, analyzed Tomoaki Iwai of Nihon University. “When it was originally decided to hold it, there were a lot of people in favor; but after news broke about Abe's relationship with the Unification Church, opposition grew,” he added.