James Harden and maturity as a formula to achieve the ring

"I had conversations with Daryl (Morey, president of Sixers operations) and we discussed how we could be better and what the market value of certain players was. 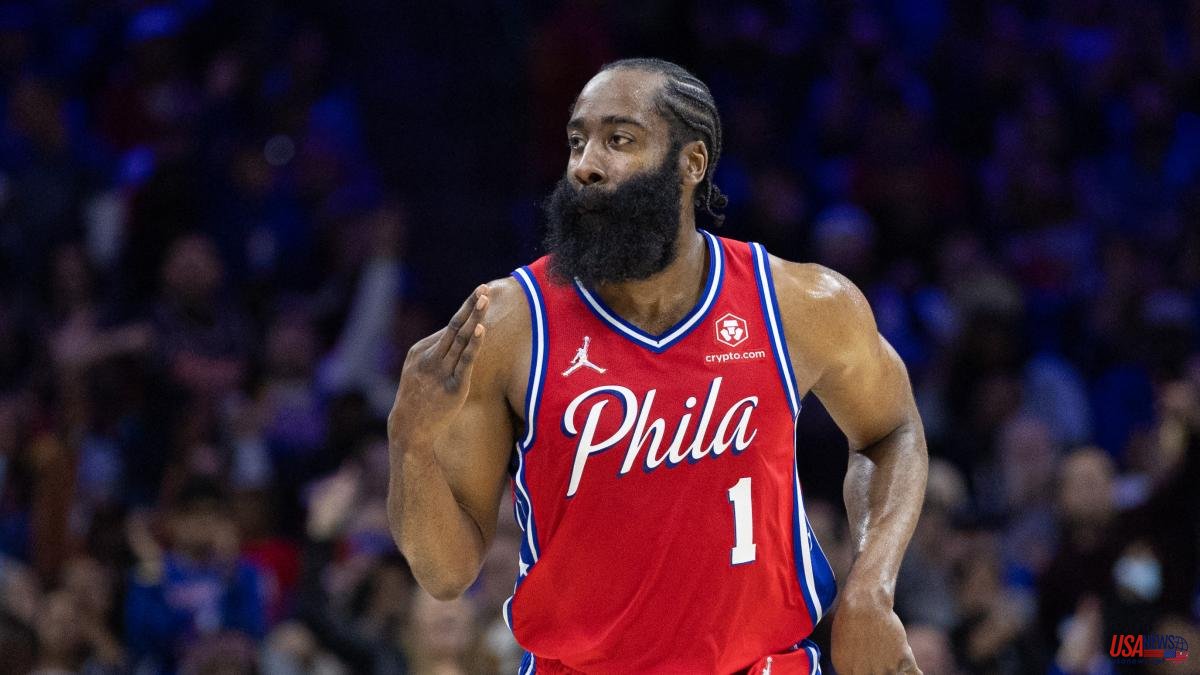 "I had conversations with Daryl (Morey, president of Sixers operations) and we discussed how we could be better and what the market value of certain players was. I told him to improve the roster, to sign whoever we needed to sign, and then He would give me what was left." This was said by James Harden, NBA MVP with the Houston Rockets in 2018 and current star of the Philadelphia 76ers, in an interview with Yahoo Sports. A surprising attitude in a player who, until now, had always put his individual interests above the collective ones.

At 32 years old and still looking for his first ring, he has just given up his player option worth more than 47 million dollars and signed a new contract for two years, the second being a player option, in which will receive 33 and 35 million respectively. His objective: leave more salary space for the franchise and be able to form a deeper and more competitive squad.

His statements to Yahoo Sports are fully corroborated. Before deciding the amounts that he was going to receive, the team announced the additions of important pieces such as PJ Tucker, Harden's former teammate on the Rockets; Danuel House Jr, who also shared a dressing room with 'La Barba' in Houston; or De'Anthony Melton, from the Memphis Grizzlies.

After those three moves, which significantly improve the team defensively and give it greater roster depth, in addition to not requiring big names or draft rounds in return, Harden has given up $14 million next season for good. common.

In a player accustomed to being the main star of a franchise for years, to the fact that the entire game system is designed to enhance his virtues, to be among the top scorers in the regular season for several seasons and to choose almost by finger the signings of his team, this gesture is really significant. He brushed the ring in 2012 when he was still a part of the Oklahoma City Thunder. He came back close on numerous occasions with the Houston Rockets. He then failed the Brooklyn Nets' megalomaniac project and forced his way out to Philadelphia.

After thirteen years in the league and with more than 271 million received in salary according to Basketball Reference, Harden seems tired of staying at the gates of the title. When he retires, he won't want to go down in history as one of the greatest non-ring players, the club to which Charles Barkley, Allen Iverson, Karl Malone, John Stockton, Patrick Ewing, Steve Nash and company belong. This commitment to the collective does not imply a renunciation of individual interests, since the new contract is still very succulent, but it can be understood as a test of maturity. And maturity is one of the keys to the formula for success.

Since his arrival at the Sixers in the middle of the season, 'La Barba' has played 21 games, averaging 21 points, 10.5 assists and 7.1 rebounds. Alongside Joel Embiid, who ended up being the top scorer last season and second in the race for MVP behind Nikola Jokic, the point guard has accepted his role as second sword, giving up the leading role in attack to the pivot and enhancing his more creative facet and game distribution. "I talk to Joel often and we have meetings about how we're going to play and what we need to do to help our team win a championship," Harden said.

The two great stars are focused on a single goal: to win the ring. "I want to compete for a championship. That's all that matters to me at this stage. I'm willing to charge less to put ourselves in a position to achieve it." His perceptible change of mind also influences his professionalism. Harden has always been criticized for arriving out of shape in the preseason, for partying or for his lack of intensity and concentration in training. This year he looked much better physically at the training camp and much more focused on basketball. The competition will be, as always, fierce, but the Sixers will enter the season stronger, both in terms of play and motivation.