Every day I go to bed convinced that no one has been able to train better than me. 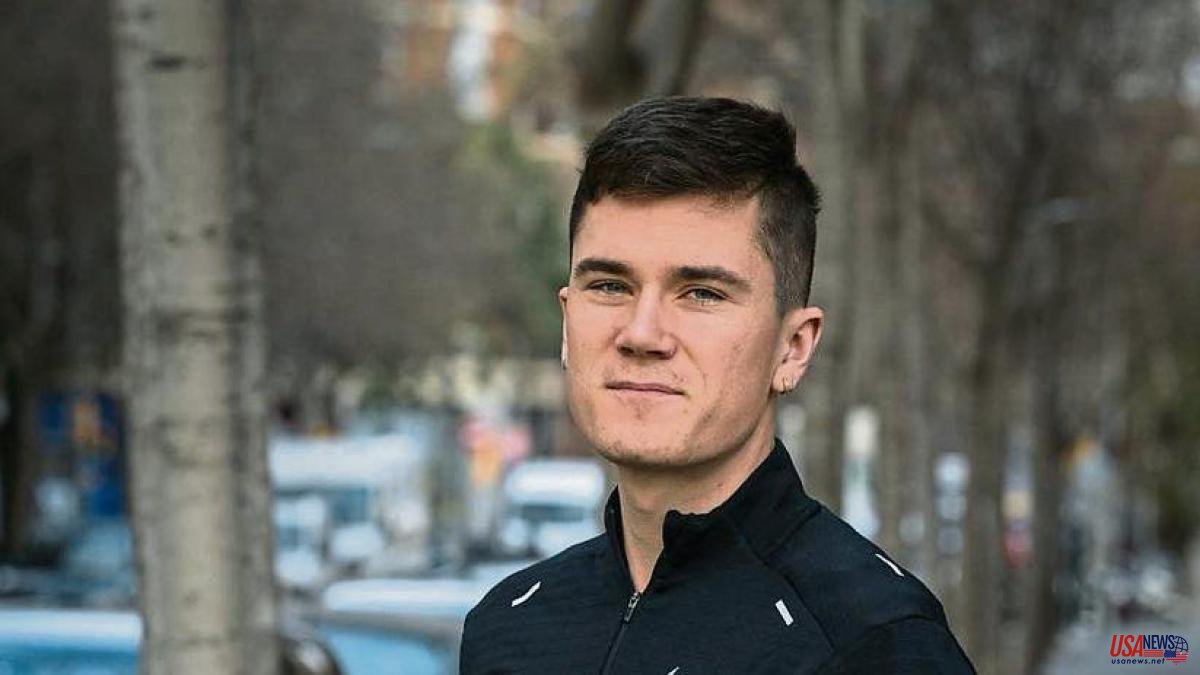 First we will run.

And while we run, we'll talk.

That's what I told myself, until I saw the dragon's eyes.

Jakob (22) and his older brothers, Henrik (31) and Filip (29), the famous Ingebrigtsen, press the stopwatch and start jogging, and after two strides we are already at 4ms20 per kilometer, and then I realize that this is going to go quickly, so after two minutes, resigned and scared, I cut the communication.

We'll talk when this is over.

The trot starts and José Luis Blanco, director of the Race of the Noses that the three brothers will contest on the afternoon of December 31 (they will run the 5K), is giving directions, and says:

-Here is the exit.

And the Norwegian phenomena nod and David Escudé, Councilor for Esports of the Town Hall, and I myself look at each other in alarm, as the matter accelerates more and more and we go up to 3m50s per kilometer and we begin to puff.

We'll talk when this is over.

The trot ends at 6,500m (we've invested 28 minutes), and then Henrik, 2010 European 1,500m champion, tells me that he's been dealing with an Achilles tendon injury for two years:

–If Norwegians have Warholm (400 m fences), Carlsen (chess), Ruud (tennis), Håland (football), Blummenfeldt (triathlon), Hovland (golf) or Hauger (motor racing), it will be because of the water we drink.

And he puts on a poker face.

–No, the key is in the system. We are 5 million Norwegians, and the state can offer individualized support to each of us. And if one succeeds, the rest believe that they can also succeed. It's the mirror effect.

And then we arrive at the hotel in the Olympic Village and I take a seat next to Jakob, a skinny 1.86m tall, champion of everything, Olympic, world and European, today the best middle-distance runner in the world, and I ask him:

For me, the important thing is to feel competitive. For some, happiness is in music, or in reading, or in writing. For me, it's about feeling competitive in track and field.

–Always, since I was 13 years old and I started with this.

–But at the beginning, you practiced cross-country skiing...

–I played soccer, I did cross-country skiing, I was seven years old, I followed the instructions of my father (Gjert no longer runs the clan; however, the family follows the plans of the parent in a very high percentage) and my older brothers. What happens is that cross-country skiing has a technical component that I never liked. Therefore, he preferred to run.

(The Ingebrigtsens are seven siblings; only three of them are professional athletes.)

–At the age of 14 I suffered the biggest disappointment of my career. It was 2015. He was playing 1,500 of a local championship in a small fjord, in the sub-20 category. I was fourth. I lost by four hundredths in the frames.

And why this displeasure?

–Because I take all the tests very seriously, be it a local race or the Olympic Games. I have always believed in myself and I have always wanted to win everyone; To my friends and brothers, too.

–But for that you have to suffer, do you like to suffer?

-Not at all. And I don't suffer that much either. In training, we almost never come to suffering. Let's see, it depends on what you consider suffering to be.

“Getting blind…” I tell him.

- That does not happen to us. Saturday is the only day we demand ourselves. We are going to our 95%: 7 or 8 kms in lactic. And that's terrible. But the rest of the time it is not like that.

–And why are you better than the rest?

–Since I was a child, I have specialized in toughening myself up. I have always demanded 100% of myself. That does not mean always going to the limit, but doing things well.

–If you skip levels, you can injure yourself. I have invested time in analyzing my mechanics, finding the economy of the race, everything that allows you to reach the end of the test with the tanks as full as possible.

–And have you needed psychologists?

– Psychologists? In a family of seven hypercompetitive siblings, the need to win over others already motivates you for everything. I have specialized in that!

–And what happened to Ingrid (16), her little sister, who stopped running?

–He had health problems related to the heart. Two years passed and she saw that she was not progressing, so she ended up becoming demotivated. I guess it will never be too late for me to return to athletics.

And then we entered the territory of training.

Jakob Ingebrigtsen tells me that his sessions never go to the limit, but are very controlled. And he does not have a heavy workout either, but rather long series sessions at an increasing rate:

–For example –he says–: 25 runs of 400 meters, accelerating more and more and still end up suffering less than expected.

Then I turn to Henrik and ask him:

–What is a comfortable trot for you?

–Something like starting at 4m10s per kilometer and progressing naturally to around 3m30s at 13 or 14 kilometres.

(The Cursa dels Nassos is held on the afternoon of December 31; two distances will be held. At 5:15 p.m. the 10K race starts and at 7 p.m., the 5K in which the Ingebrigtsen compete; according to the organizers, the afternoon will bring together more than 10,000 runners).

The organization longs for Jakob Ingebrigtsen's world record, the 12m49s that the Ethiopian Berihu Aregawi had signed last year, on this same circuit.

Jakob Ingebrigtsen shakes his head no.

And with the word:

You can't be in shape all the time. In the winter you have to accumulate volume and kilometers to then sharpen in the summer. The Cursa dels Nassos is good for us in this part of the calendar because it refines our form. But what I want is to win the 1,500 in the World Championships next summer, in Budapest.