Julia is a young single mother with limited resources who is trying to raise her two young children and, in the process, seek a long-awaited emotional stability. 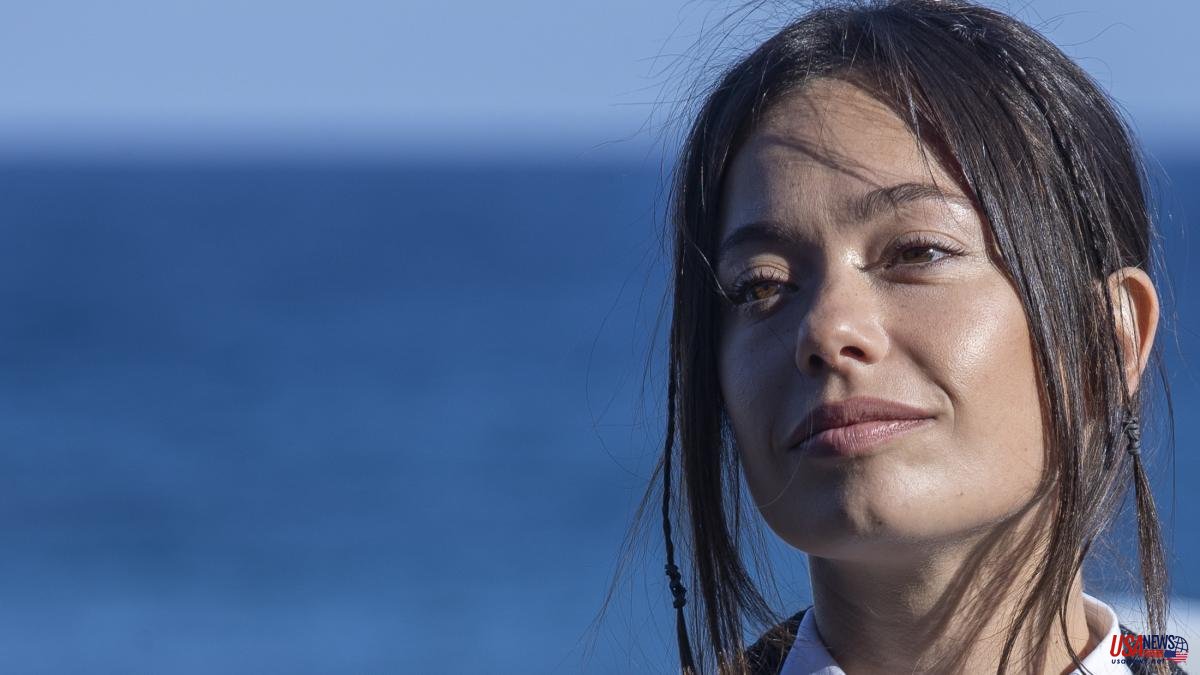 Julia is a young single mother with limited resources who is trying to raise her two young children and, in the process, seek a long-awaited emotional stability. She wants to get her nursing degree, but she spends her time hooked on her cell phone and talking to her friends about finding a partner on Tinder. One of them advises him not to go out with her brother Óscar de ella, who "is very crazy" and keeps sending him affectionate messages so they can go out together. But Julia agrees and then begins a toxic relationship, with violence included, which will later lead her to wander through other relationships on a complicated journey towards emotional maturity.

Jaime Rosales weaves Wild Sunflowers together with this plot, which he presented this Saturday in competition at the San Sebastian Festival and which he dresses with a realism and naturalness similar to that achieved with Hermosa Juventud (2014), "working on a tension that is created and breaks free" from the beginning and throughout the footage. Rosales says that "the film emerges in a mysterious way", from various places, with a script that has been transformed. "I've always been interested in relationships between men and women, why sometimes relationships work and sometimes they don't, and I was also interested in exploring the idea that throughout our romantic lives we go through very different partners and that's a way of emotional learning", tells the Catalan director to La Vanguardia.

The film, divided into three different parts with the names of Julia's partners, presents immature men who are incapable of offering stability to a Julia of questionable maturity. "She has to mature things. The fact of choosing a partner like Óscar already denotes something that is not right. But later on I think he is someone intelligent, who learns and who has a lot of fighting capacity," says Rosales, who quotes Oriol Pla, with whom he had previously worked on Petra, as the anchor character of the story.

Óscar was created with him in mind and then Anna Castillo was incorporated as Julia. "It was necessary to transform Oriol a lot, a man with very exquisite forms, to play a pimp with an extreme, macho personality and a strong appeal." In contrast to Julia's sister, an independent woman played by Carolina Yuste, the protagonist always needs a man by her side. "I don't think that male-female or male-female dependency is bad in itself as long as it is virtuous. I, without going any further, have a strong dependency on my wife and my daughters. But when the dependency is vitiated, it is another case" . The director finds it curious that an "untamed" guy like Óscar "who makes you laugh and cry produces a great attraction" and that someone like Julia falls into that "it doesn't seem extraordinary to me, although it is true that she comes out of that relationship changed ".

However, the frustration continues again in Melilla with the father of her children, a military man who tries to be a good father and who "has somewhat better ethical qualities than Óscar, but it is not enough" and whom Julia clings to like a straw. . The film, yes, avoids by all means the victimization of the protagonist, a woman who "at each blow, seeks a solution". Until finding a modern man, embodied by Lluís Marqués, "who has the emotional potential to make things work".

Anna Castillo, who plays a very intense role, confesses that when reading the script "I felt that it was an emotional challenge" because Julia is going through "a journey of evolution and survival". She recognizes that there are many girls like Julia. "We have all been at some point because it is the consequence of a patriarchal system that specifically makes it very difficult for young women and mothers." And he continues: "She is not just a woman who suffers physical abuse at any given time, she is a girl who navigates between toxic and romanticized masculinities and with few emotional and economic tools. She is a very young mother who cannot afford to fall apart because She has to keep going for her children."

For her part, Pla fixed her huge green eyes on her interlocutor radiant with happiness at being able to present the film at the Zinemaldia. The actor pleasantly surprises with a character for which he had to physically train and sport tattoos in a "complicated, long and fun" process.

"He is a guy who worries that his appearance is dangerous," explains the interpreter, who has had a relationship with his character on an intimate level, "very therapeutic and 'heavy' with aggressiveness." According to him, "aggressiveness is part of humanity and you have to accept it, but you have to know how to handle it." Together with his wardrobe and his gestures, Pla makes up a character who, despite being secondary, leaves a mark and will give a lot to talk about.