Hajar al Aswad is one of the Syrian cities that was devastated by the many battles that took place during the civil war that has ravaged the country since 2011. 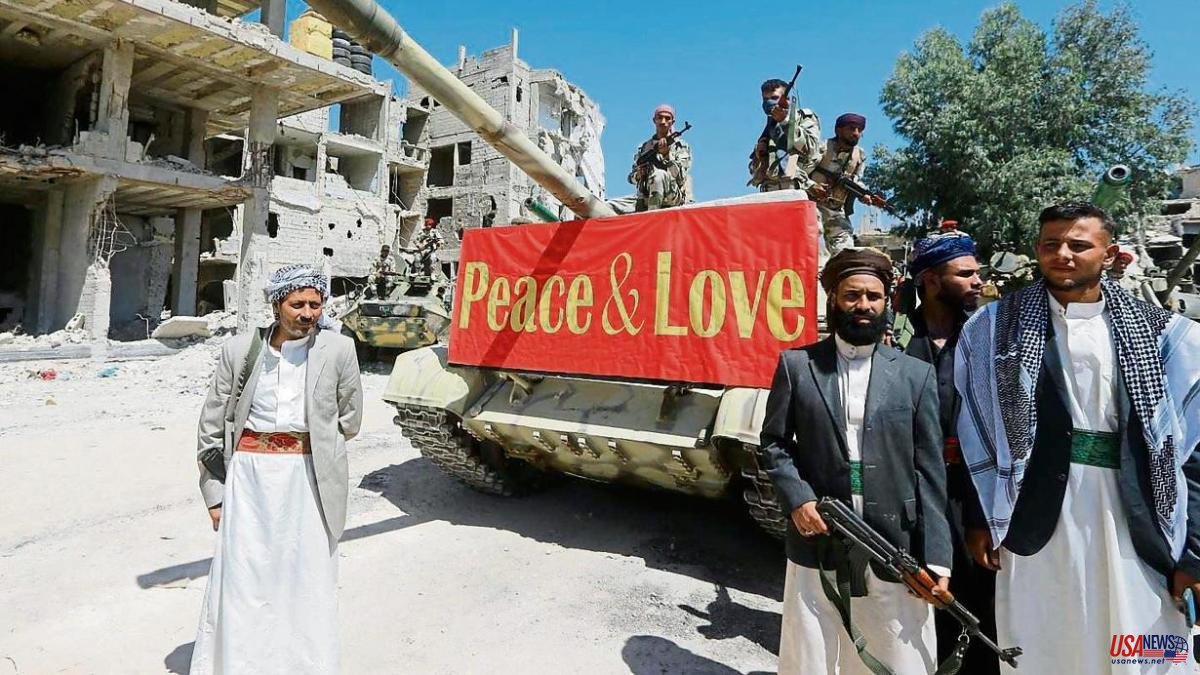 Hajar al Aswad is one of the Syrian cities that was devastated by the many battles that took place during the civil war that has ravaged the country since 2011. Located four kilometers from Damascus, the black stone – its name in Arabic – ended up in the hands of the Islamic State until Bashar al-Assad's government bombed it to the ground in 2018. Few of the city's once 90,000-strong population have returned to the less-destroyed parts. The rest is a desert of ruins. And a truthful (and cheap) set for Jackie Chan to shoot his latest film. A fact that some Syrians brand as disrespectful.

A motley crew of Syrian extras dressed in traditional Yemeni garb and a Chinese film crew have been working amid shattered houses since last Thursday. Ruedan Home Operation, whose story about a fictional country called Poman actually narrates the evacuation of hundreds of Chinese citizens and foreigners from the war in Yemen in 2015 aboard Chinese ships. Beijing boasted of the success of the mission: it was the first time the People's Liberation Army had evacuated foreign nationals from a conflict zone.

To the dismay of many of his international fans, the Hong Kong martial arts star is an avid supporter of the Chinese Communist Party, accepting his homeland's commission to sell the heroic evacuation and partnering with the United Arab Emirates (UAE). to produce the film. Chan did not travel to Syria for the shoot.

“We put ourselves in the shoes of the Communist Party diplomats, who braved a deluge of bullets in a war-torn country and brought all Chinese compatriots back on a country warship, safe and sound,” he explained to The film's director, Yinxi Song, was seen in the press as his team walked through the remains of Hajar al Aswad and the tanks took up position.

Shooting in Yemen was ruled out as dangerous. An eight-year war (fought, by the way, by a UAE-Saudi-led coalition) has bled the poorest country on the Arabian Peninsula and put 20.7 million people at humanitarian risk.

The ambassador of China, one of the only countries, along with Russia and Iran, that has maintained good diplomatic relations with the regime of Syrian President Bashar al-Assad after the start of the war, was present at the launch of the shoot. "Peace and love," he read on a banner hung from the front of a tank surrounded by figureheads with rifles posing for reporters.

But the Syrian opponents do not buy the pacifist messages of the Chinese friend. “It is shameful to shoot these kinds of movies on the ruins of Syrian homes that were destroyed by the Assad regime, Russia and Iran... The Chinese fascist regime is an ally of Syria, and it is trying to whitewash its crimes with actions like this one”, lamented the Syrian journalist Fared al Mahlool to the Arab information digital newspaper The New Arab. “Mr. Jackie Chan, you are causing tremendous psychological damage to the owners of these houses that were destroyed by the Assad regime. Please stop filming in our homes," Ammar Hilal asked on Twitter.

Hajar al Aswad was once a densely populated suburb south of the capital, near the Yarmuk Palestinian refugee camp. Both areas were the scene of fierce fighting during the war and jihadist strongholds. The reconquest of the two neighborhoods by Syrian pro-government forces marked the reunification of all of Damascus. But entire parts of the city were completely flattened.

This is not the first time that the Syrian government has rented its scenes of death and destruction to foreign productions, including Russia and Iran. “War-torn areas have been turned into film studios. These areas attract film producers," co-director Rawad Chahine, who is part of the Syrian film crew, explained to AFP. "Building similar sets in these areas is very expensive, so they are considered profitable," he added.

Syria continues to be subject to international sanctions and anti-personnel mines scattered throughout the country, which are wreaking havoc. The conflict has claimed the lives of half a million people and has displaced millions.