Izan Guevara: "It's ugly that you're risking your life and have to pay to run"

Izan Guevara, like this with zeta (Palma de Mallorca, 6/28/2004), combines the impudence and magnetism of little geniuses touched by the magic wand to go far. 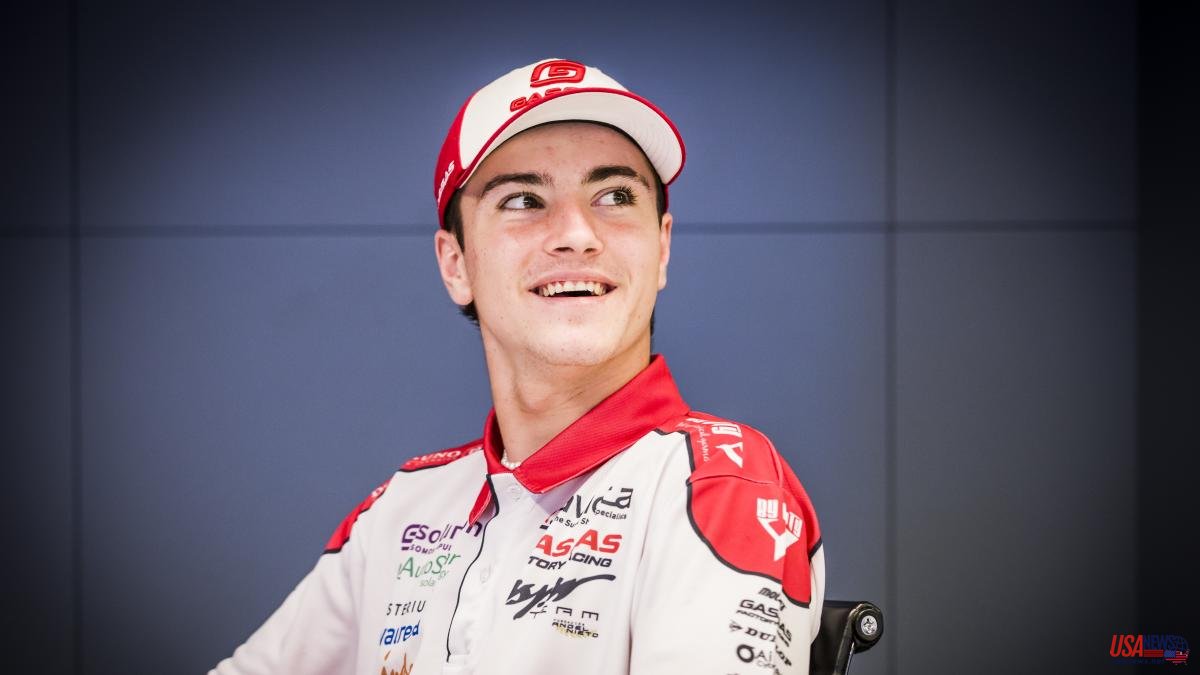 Izan Guevara, like this with zeta (Palma de Mallorca, 6/28/2004), combines the impudence and magnetism of little geniuses touched by the magic wand to go far. If he doesn't get damaged along the way, Aspar's disciple is called to be – the specialists say – a potential Rossi or Márquez. Time will tell. For now, Guevara is burning stages at a devilish pace: in his second year in the World Cup, at 18 years old, he has already been champion. During his visit to La Vanguardia he made it clear that he has clear ideas.

How does it feel to be world champion?

The truth is that it feels good to achieve a dream you have had since you were little. Super happy and grateful to all the people who have taken me to where I am. And assimilating it little by little.

His emergence has been impressive: he made his debut in the World Championship in 2021 and in his second year he achieved six victories, 11 podiums and is champion four races in advance. Was this growth so fast expected?

You're right, it was all very fast. I won the Talent Cup in 2019, I ran the Junior World Championship in 2020 and I went up to the Moto3 World Championship the following year. I set my sights on the top 10 and a podium finish, which I did with a win in Austin and 8th overall.

In this 2022 did you already have the objective of being champion?

We thought about it, but we knew it was going to be very difficult. In addition, the start of the year was very complicated with penalties and breakdowns, a bit chaotic, but in Jerez I achieved my first victory and scored six podiums until the break. When I went on vacation I told myself: “We can be champions if we have a good end to the season”. In Misano I became the leader, for the first time in my life I was leading the World Cup, and in Australia, champion.

What has been the key to this step forward to become champion?

One of the keys has been to work alone: ​​I train alone, prepare for the GP alone and do the times alone. And then comes the race, you have the rhythm and you run away.

Being a champion in the second year has not been achieved by too many. That's why they already talk about you as the new Rossi or the new Márquez. What do you think when you hear this?

I'm quite flattered. But I try to keep my feet on the ground because, after all, I am in Moto3 and there are many categories missing. I hope that next year Moto2 will be good for me. I lack experience, I have to continue progressing, learning many things, I am young, I am 18 years old and I still have many experiences to live.

(Izan Guevara grew up and lives in S'Indioteria, a humble neighborhood in Palma, in a modest family. His father, Toni, is a security guard and his mother, Marga, worked at McDonald's as an administrative worker. His beginnings were not easy He was about to leave the bikes.)

When did you think about leaving?

It was in 2019, in the European Talent Cup. After the Aragón race I couldn't continue competing because there was no more money. But luckily an angel appeared – a manager who sold me what I didn't have – who said that he put up the money, but it was all lies, in the end there was no money and I am paying the debt.

Are you still running around paying debts from the past?

That manager allowed me to continue running, he told us that he would put the money for us, we believed it and moved on. We needed 15,000 or 20,000 euros to continue in the Talent. But in the end I'm just paying for it. With what I get (from salary) I finish paying it and solved it.

I have not found that situation because thanks to my results I have always had a motorcycle and I have been able to get paid. Right now I charge... But it's ugly that you're risking your life and you have to be paying to run. At least they do it for free, but in this world it's complicated. I don't know how many cases there are, but there are.

And the pilots are not planted?

Let's see... It's a delicate matter. I could talk, but I'd rather not. But clearly something could be done. We should all unite.

Are you referring to making an association of drivers, like in F-1?

There has been talk, but there is a lack of push from the pilots. If the riders who have to support you, who are from above, don't support it, it's difficult.

What would you change about the World Cup to improve it?

What future plans do you have? MotoGP for when?

Hopefully it will be soon, but at least it will take two years to upload. Unless next year we suddenly have a stellar season and go straight up, but that's very difficult. My biggest dream is to be a MotoGP world champion, but in the long term.

Who was your idol as a child?

Jorge Lorenzo has been a great pilot, but my idol has been Marc Márquez, who still is. I wish I could reach his level, getting 8 world championships... I wish.

They are supposed to more or less coincide, around 2025...

I hope I have time to coincide with him on the track.

If he doesn't retreat... Did you fear it?

He knew that he would not withdraw, although he has been able to do so calmly. If I had been in her shoes, she would have withdrawn me. After everything he has done, he has little to show people, his potential has been seen, all his achievements... it has been incredible. But she has adrenaline running through her blood and she wants to keep getting more. After recovering from a very serious injury in which he almost lost his arm, he arrived in Australia and placed second. Is incredible. Thumbs up for him.