Iván Zdhánov (Moscow, 1998) is a great lover of swimming, but since the Russian Anti-Corruption Foundation (FBK), of which he is director, was outlawed, and since his superior and friend Alexei Navalni was poisoned and subsequently imprisoned , the pool has become a reminder of his former life. 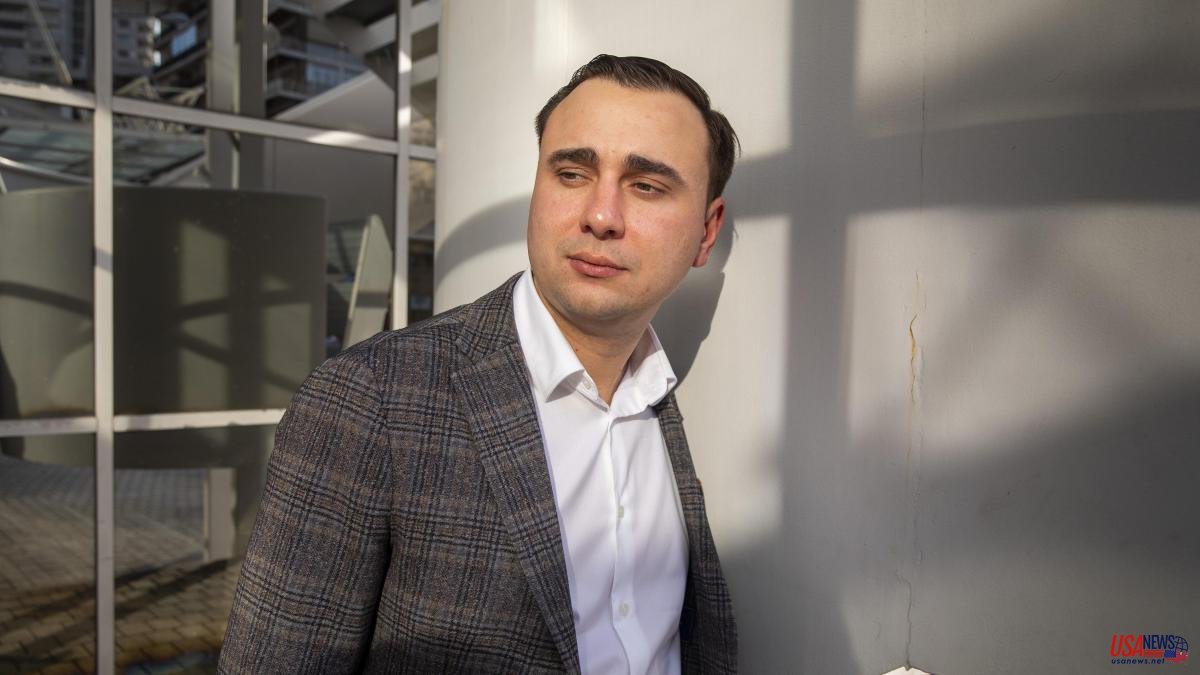 Iván Zdhánov (Moscow, 1998) is a great lover of swimming, but since the Russian Anti-Corruption Foundation (FBK), of which he is director, was outlawed, and since his superior and friend Alexei Navalni was poisoned and subsequently imprisoned , the pool has become a reminder of his former life.

Zdhánov's slow voice does not waver on the other side of the screen, which portrays him in his office in Lithuania. Accused of three criminal offenses and with an international search and arrest warrant, he has been forced into exile in Vilnius, along with his wife and his five-year-old daughter. A journey that he defines as “overwhelming, but nothing new”. The main charge against Navalni's comrade is having disobeyed a court order to remove footage from a video in which he denounced corruption in the upper echelons of the Kremlin.

Putin has imposed the stigma of "foreign agent" on him.

Now that the FBK operates from Lithuania, it is no longer a problem, but in Moscow that signaling severely limited our contact with the outside world, not to mention the bureaucracy. From here we can act with relative normality, same directive and structure, without restrictions.

But without their leader. How is Navalni?

Frustrated. I last spoke to him last week. We can only talk about legal issues and through small messages via his lawyers. We try to formulate our questions, let's say, in judicial language, but it is complicated.

After a few days unaccounted for, Navalni was transferred to Méléjovo, the high security penal colony IK-6.

He did not know that he was going to be transferred from prison and it took us a while to confirm it. Disappearances and other mysteries are common in the Russian prison system.

Navalni has been accused of large-scale fraud for enriching himself with donations to his anti-corruption platform.

Alexei Navalny never stole money from the foundation. It is absurd, and this has been confirmed by the European Court of Human Rights. What the whole process has shown is that the Russian judicial system is also under the yoke of Putin. We are fighting against a great repressive machine.

With him in prison, does the project have a future?

Navalni has not disappeared. He can still appeal to society. Of course it is a challenge, but we want a democratic society that condemns war. I don't know if in a year or ten, but we will return to Russia and the country will change direction.

You know Putin. Is he the only one standing in the way?

Him and his circle of influence, his officers and his close friends. Putin does not live for power, nor for money. He lives only to go down in history. He believes that he is creating an empire like the Soviet Union, restoring Russia to its former splendor. That's why this war started. It is important to him to appear in the books as a hero and he draws on the experiences of past generals. He is really crazy.

What has Russian society failed to do for Putin to come to power?

It is not that Russian society supports Putin. He began long ago to plan his movements, and step by step, little by little, he was gaining ground. He started with a crusade against the independent media, he defined the target of his enemies… Russian citizens, at first, did not see a big problem, until we realized that the peaceful protests were a nuisance for him. Now he has got rid of all political and citizen opposition.

Should we fear that Putin will use nuclear weapons?

Depending on what happens on the battlefield, there is that possibility. However, we should not fear Putin, because he uses that fear. He is not as in control as he tries to make you believe, although yes, he is a danger to everyone, not just Russia and Ukraine. Every day that Putin is in power is another day of deaths, persecutions and injustices.

No. It's a tense moment. With the war, the Ukrainian perception of the Russians is not the best…

Support is growing for a peace in Ukraine that does not mean a Russian defeat. Would Navalni even consider an alliance with Kyiv?

It totally depends on Ukraine. Navalni is a great politician and Ukrainians and Russians have a bond beyond the border union. Problems will come and they will have to be solved. I hope that when the time comes, Ukrainian society will be ready for dialogue.

Could there be a civil war in Russia?

A hundred years ago, I would have been sure it was. Now, in modern society, I don't think so. We run a peaceful organization, no matter how much Putin calls us extremists. We're sure he would have loved us to use force.