He says he's been thinking about this book his whole life. 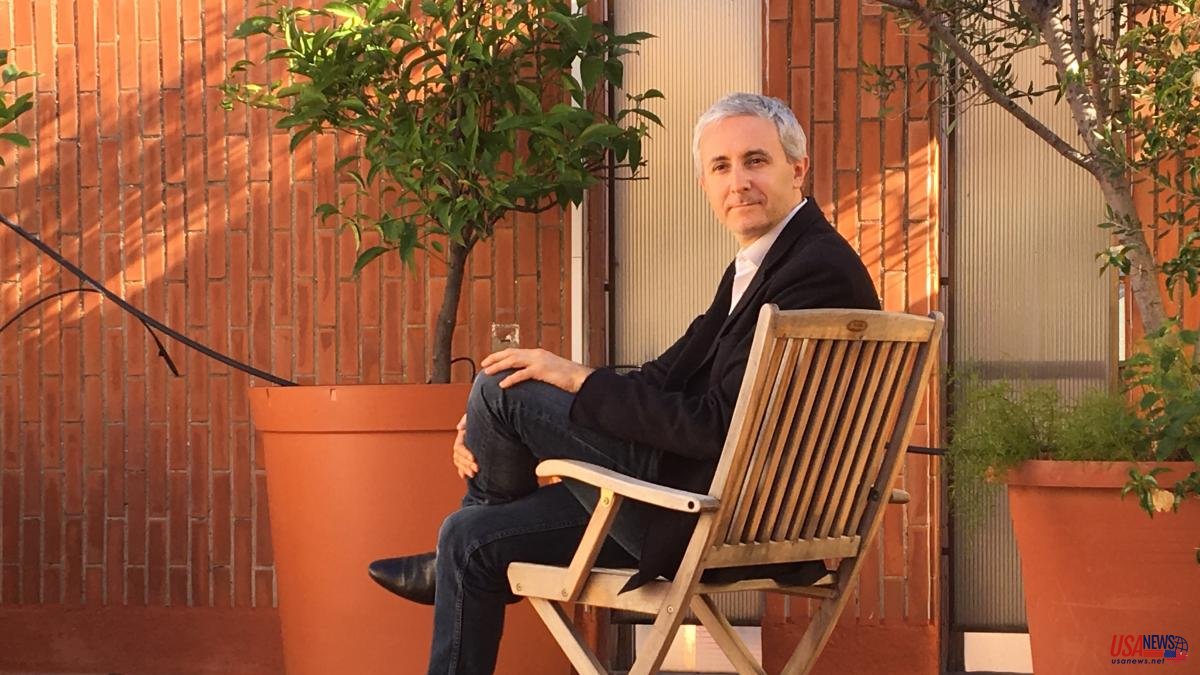 He says he's been thinking about this book his whole life. Ivan Jablonka (Paris, 1973), historian and writer, has led a difficult search: that of grandparents whom the author never met. Polish Jews - he an upholsterer, she a seamstress - communist militants. they knew persecution and prison. After fleeing to France they were deported. They lost their lives in Auschwitz.

Jablonka's look in "History of the grandparents I didn't have" (Anagram), versions in Spanish and Catalan, as already happened in "Laëtitia or the end of men", crosses the human conscience in a certain way, in a way that individual illuminates the collective.

On the terrace of the French Institute, the author jokes with his name (“translated it would be Juan Manzanita”) and leaves us images like this: “One Sabbath night, a father to his son: “Don't run! Don't whistle! Don't read Tolstoy! Theater and cinema are bitul-zman, lost time”.

How long has this book been inside you and what has been the most difficult part of that evolution?

I feel like saying that it took me a lifetime to write it. From a technical point of view it has been five years. And by that I mean that I have wanted to answer questions that I have been asking myself since I was little, putting flowers around a mass grave. I felt the absence of my grandparents from a very young age, although I never expressed it in the words of an adult.

The journey you travel is long, many trips, visits to Israel, to Jewish cemeteries, etc… Of all those landscapes diving into your family past, what surprised you?

I traveled to six countries and had to search for files in five different languages. What surprised me the most is the total disappearance of the individuals and their traces. And it is just what happened to my grandparents and their entire generation: someone took it upon themselves to erase all their traces on earth.

The day you, along with your father, discover some official documents of your grandfather, you say: "I think I wanted to be a historian to get to this moment one day"

To enter the archive we had to bring documentation and, just that day, my father forgot his ID. In the end they let him in, and when I discovered those abandoned files of the grandfather I realized... he shocked me.

Can you reproduce what you felt?

I think it is something similar to what a grandson must feel when he discovers the body of his grandfather or grandmother, in a mass grave, murdered by the Francoists when he was barely 24 years old.

Have you discovered something in yourself, inheritance from your grandparents?

It's a nice question and I've never been asked. And yes... I found in my grandfather a kind of intransigence, defense of his own ideals. He was a communist and I don't share those ideals but I admire his facet, very hard, with which he defended his vision of his world. And yes, I think I have also inherited that intransigence. I am not a militant but I am a historian, and we must be uncompromising in the face of oblivion.

In his grandfather's file he appears as accused of "rebellion"

Right, he was proud of it. When he was arrested in February 1943, the police register wrote "rebellion". I asked a specialist about that time and he answered me: “probably he did not agree to obey and even, probably, he beat a policeman in the face”.

If right now you could talk to any of those ancestors, have them here in front of you, who would you have wanted to meet?

I have the feeling that I have talked more about my grandfather. Also because there are more files on men than on women. Warfare is more masculine. So perhaps I would have liked more to meet my grandmother, to ask her about her role as a woman in political combat, if she was a feminist, to rediscover her.

What is your opinion, your perception, about the Ukrainian war as a historian?

As a historian, I am not surprised because almost all of the genocides, the mass violence in Europe, took place in that area. Between Berlin and Moscow. It is in “these lands of blood”, as Timothy Snyder says, where totalitarianism is concentrated. What surprises me, like everyone else, is that this time there is a twist: those who defeated Nazism years ago are now the aggressors. It's a tragic turn. Yesterday's liberators are today's aggressors.

Has Europe behaved as expected?

Of that I am pleased. I lived through the war in the former Yugoslavia and I was kicked by the apathy of the Europeans, especially the French who were quite complicit in the Serbian aggressors.

Some of the documents included at the end of the book are devastating. Like the Matès and Idesa letters, his grandparents, saying goodbye to their children because they sense that they are going to be exterminated.

It's hard to imagine that pain, right? What has to happen for you to write those letters asking someone to take care of your children? Know that they will kill you.

"I write the first thing that comes to mind, which is always the most appropriate."

I would say that, during the day, I write about ten hours. Then I can't sleep, I spend a few hours in bed “writing from my mind”.

What has your innermost circle thought of the family nude you have published?

The French and Argentine family is delighted. But my father, who is the one who reads me the most and criticizes me the most, he read it four or five times and each time he was more upset. He had to do with his suffering, not with historical data - he did not want, for example, me to say that his mother was a housewife, "my mother was not a midwife!" bit. I wrote this book in total solitude and I think he would have liked to write this book with four hands...