The explosion was so large that it was recorded by the Institute of Geophysics, which is normally responsible for monitoring Etna's roars, as a "small seismic event with an epicenter between Isola delle Femmine and Capaci. 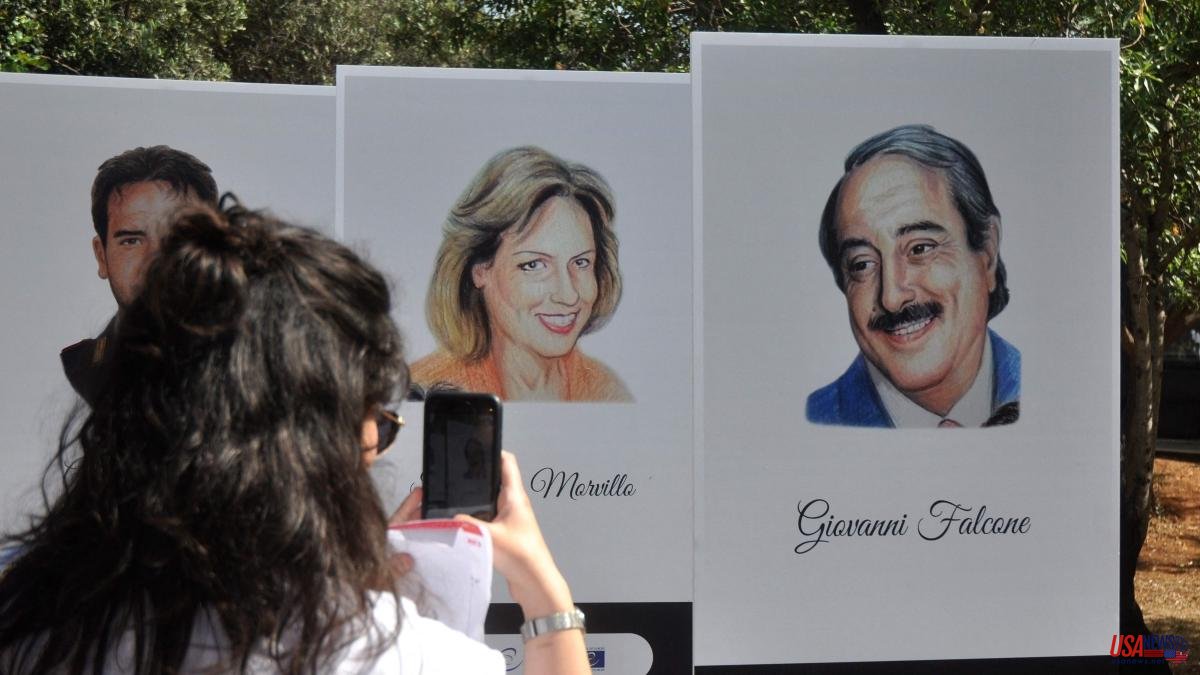 The explosion was so large that it was recorded by the Institute of Geophysics, which is normally responsible for monitoring Etna's roars, as a "small seismic event with an epicenter between Isola delle Femmine and Capaci." It wasn't an earthquake. They were the 500 kilos of explosives located under the Palermo airport highway, next to the Capaci bypass, which on May 23, 1992 ended the lives of anti-mafia judge Giovanni Falcone, his wife, also judge Francesca Morvillo, and three escorts, Vito Schifani, Rocco Dicillo and Antonio Montinaro, between 27 and 30 years old. Mobster Giovanni Brusca pulled the detonator, more than 20 people were injured, and the highway was turned into a crater. Two months later, his companion and great childhood friend Paolo Borsellino was also murdered. Both were investigating the links between power, institutions and the mafia in Italy.

After the Capaci massacre, no one dared to doubt that Giovanni Falcone was already a national hero. Thirty years after an attack that sparked anti-mafia sentiment and changed Italy's history forever – shortly after, it prevented the election of the Christian Democrat Giulio Andreotti as President of the Republic – his family is still searching for answers. They consider that only the material authors of the crime were persecuted, but not those who planned a massacre that involved blowing up a section of highway. The first of the three cars in the convoy was thrown more than 60 meters away.

"The truth about the real perpetrators of the murder of Giovanni Falcone is still missing, because I don't think ignorant people like Totò Riina could organize an attack as sophisticated as Capaci's," says Angelo Corbo, a police officer who escaped from a Fanpage.it documentary. the massacre

The boss of Cosa Nostra Salvatore (Totò) Riina was sentenced and after his death it has been evident that the organization has not been able to recover the previous unity. Also Brusca, one of the bloodiest bosses of the Sicilian mafia. He is credited with over 150 murders. In July of last year he was released from prison after spending 25 years behind bars. His sentence was reduced for cooperating with justice and agreeing to testify in numerous trials that helped to behead Cosa Nostra, but his release shocked the country.

Today some relatives of the victims still believe that there are too many shadows in the murder of a man determined to unravel the relations between the mafia and Italian politicians and businessmen. This is what his sister says, Maria Falcone, 86, has been fighting for three decades so that the magistrate's legacy is not forgotten. She also believes that the trials by which the culprits were convicted were not sufficient. "They made us understand that there were more things behind the mafia," she assured La Repubblica.

“Thanks to Falcone's courage, professionalism and determination, Italy has become a freer and fairer country. Falcone and his companions from the Palermo anti-mafia pool not only struck decisive blows at the mafia. His heroism also rooted anti-mafia values ​​in society, in the new generations, in republican institutions”, Prime Minister Mario Draghi highlighted.

The President of the Republic, the Sicilian Sergio Mattarella, whose brother was also assassinated by Cosa Nostra, wanted to travel to Palermo to participate in the greatest tribute to the judge together with Maria Falcone, and thousands of students from the country. Several ministers from the Draghi government, parliamentarians, the national anti-mafia prosecutor, Giovanni Melillo, and other authorities have also arrived. White sheets have been hung on the balconies to remember the spontaneous gesture of the women of Palermo after the assassination of the judges, and dozens of cities have joined in a minute of silence at 5:57 p.m., the time the horror happened.