Italo Calvino, journey to the invisible city of the new world

Italo Calvino did not think the chronicle of his trip to the United States was enough – “literally too modest and not original enough as a report” – and he preferred to leave the already corrected proofs in a drawer. 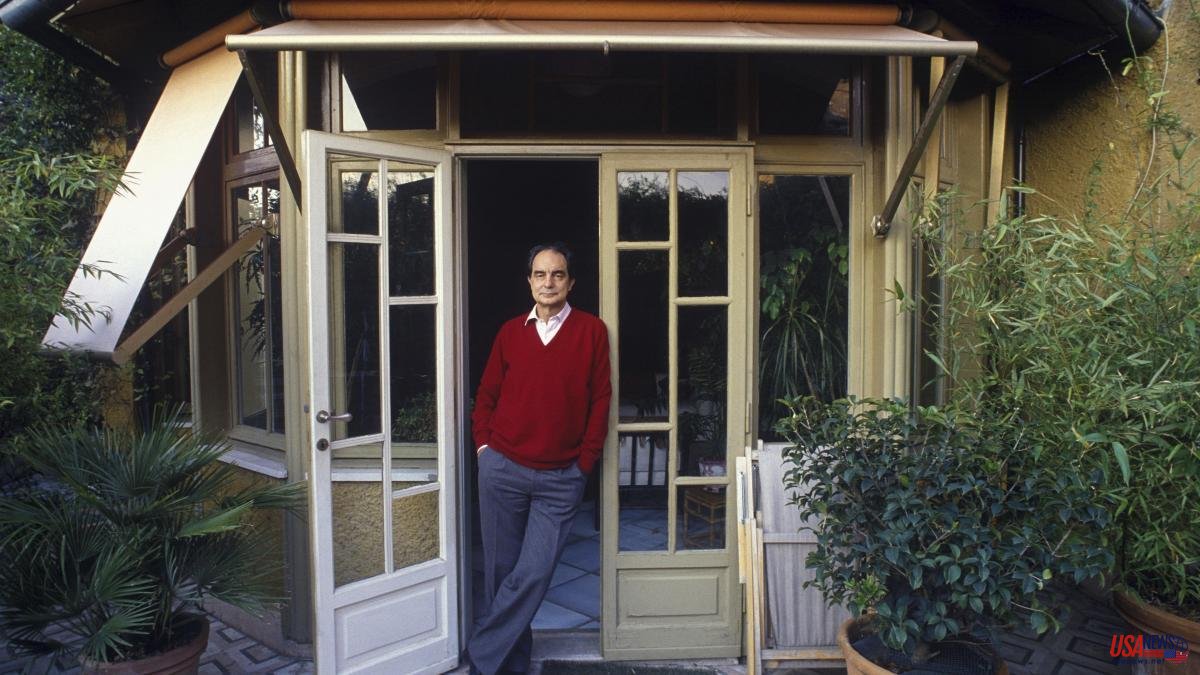 Italo Calvino did not think the chronicle of his trip to the United States was enough – “literally too modest and not original enough as a report” – and he preferred to leave the already corrected proofs in a drawer. Now, sixty-two years later, we can read his unpublished book as if it were the message of a castaway lost in the morass of time. Written for the readers of his time, circumventing the current beliefs and the dominant intellectual superstitions, it comes down to us as a double testimony: in his thoughtful observations on America the conscience of the European writer is also reflected.

In the United States of 1960, the missile crisis, the assassination of the Kennedys, the death of Marilyn Monroe, or Operation Rolling Thunder in Vietnam, and everything that came after, had not yet been represented. Calvin arrived in a country that kept its formidable self-confidence intact and its boast of his triumphs uncorrupted.

One hundred and fifty-six epigraphs collect his travel notes, his nosy curiosity, his impatient inquiry and the inquisitive sentence of an unprejudiced traveler. The school of harshness, the death of the radical, the kingdom of rust, the hidden persuaders, the nursing homes, the suspicious pedestrian, the striptease union... make up the portrait of a society that joyously expands alongside a shadow that does not has a name.

Calvino's book, the diary of an enthusiastic six-month trip across the length and breadth of the country, the fruit of long conversations with the characters that come his way, could be bound together with Tocqueville's report, helping us take stock of how things have gone in these last two centuries and see if they have finally led to the prosperity that was expected or the misery that was feared.

Calvino is intrigued that the spectacular optimism of the country is compatible with the wooden shacks rotting in the mud, the ruthless racist hatred of poor whites, the latent McCarthyism, the ruin of the popular neighborhoods, the obsessive priority of money, the unscrupulous struggle for enrichment and the boasts of consumerist mercantilism. Calvino's itinerant investigation becomes therefore more penetrating and forces him to question what is not seen with the naked eye.

Calvino, who never ceases to see himself as a Bouvard et Pecúchet, perceives a vague sadness behind the boisterous American joy and wonders where the desolation that throbs in the most beautiful landscapes of the country comes from. He watches old retirees "blink and snore in front of the television," never filling their sordid "inner void." He gets chills as he contemplates the “opaque banality of small industrial towns” and the productive machinery “operated by sleepy automatons”. It is incomprehensible to him that secular America has thrown off the tutelage of pastors and preachers to submit to despotic psychoanalytic therapy. He notes the hardship of a society resigned to the loop of anxiety, bank loans and perpetual debt. And he is unspeakably irritated by the advertising idiocy of television.

The author's self-confessed distaste for beatniks – “they are unhygienic looking, arrogant and cannot be considered good neighbors” – expresses how alienated he feels from fashion snobbery. Calvino admits his "deplorable insensitivity to those who prefer to be poorly dressed" and a frank disdain for his literary works; he also thinks he sees in these cultural movements an imposture similar to that which governs any other farce of social gregariousness. Calvino comments on his admiration for the splendid beauty of blacks who follow Martin Luther King, tells us that free jazz rationalizes "current nervousness" and laments that abstract expressionism is a painting charged with "blind and screaming" dismay.

Hollywood elaborates for the collective imagination of Americans the illusions and fantasies that feed the fiction of their identity, but Calvino notes that no ethnic group –Irish, Italian, Russian…– “has emerged unscathed from the trauma of immersion in the new world ”. The scar of that wound is the syndrome of the pioneers, settlers and emigrants who abandoned or fled from Europe without ceasing to feel an anonymous and diffuse spite, nostalgia and envy.

The country that Calvin traveled could be one of his invisible cities. A city where what it really is and what it says it is has been folded into a single presumption.

Perhaps the enormous city spilled over the immense landscape of the new world is one of its semiotic cities, the city of signs, with the mark of a unique orphan in the history of the world. The interpretation of these signals is what allowed