Italian neo-fascists start as favorites for the autumn elections

Italy will hold an electoral campaign under the umbrella. 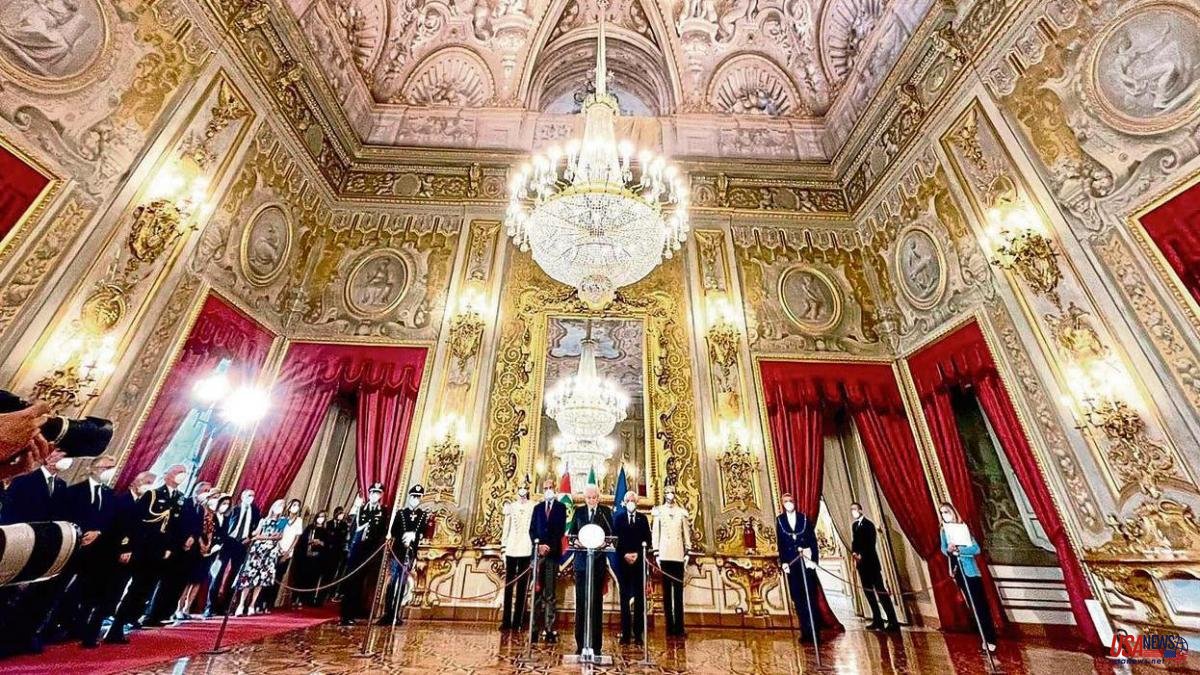 Italy will hold an electoral campaign under the umbrella. The President of the Republic, Sergio Mattarella, had no choice but to bring forward the Italian elections –scheduled for spring 2023– after receiving the resignation of the Prime Minister, Mario Draghi, this time irrevocable. The former president of the European Central Bank (ECB) went to the Quirinal Palace early in the morning to resign again after being betrayed in the Senate by his hitherto coalition partners.

At that time, the venerable Sergio Mattarella, who accepted a second term as arbitrator of the Italian institutions at the beginning of the year, opted for his most difficult choice to date: dissolve the Chambers and send the Italians to the polls, in an election general to be held on September 25.

The date is unusual. There are no other elections in the fall in the history of the Republic. But the difficult national and international situation does not allow a long and cumbersome battle. It is imperative to approve next year's budgets as soon as possible. Also that a solid government arrives soon to face the very difficult autumn that is expected in Italy in the face of energy challenges, inflation and the growing social crisis derived from the pandemic and the war in Ukraine. The goals of the recovery plan cannot wait. Italy risks not continuing to receive community funds if it does not meet the deadlines set by Brussels.

The Constitution dictates that the elections must be held between 60 and 70 days after the dissolution of the Chambers, and in the end the date chosen was September 25, despite the fact that at first it was excluded so that the Jews could celebrate their end of year. But after the community clarified that the faithful could exercise their right to vote in the preceding hours, there was no impediment.

“The early dissolution of Parliament is always the last choice, particularly if, as in this period, the Chambers must fulfill many tasks in the interest of our country. But the political situation has led to this situation, ”explained Mattarella, very seriously, in his appearance at the Quirinal Palace.

The head of state extended the speech longer than usual to remind politicians that the acting government – ​​Draghi will remain to manage current affairs until a new prime minister is installed – must be able to approve measures to deal with these emergencies, in particularly the inflation caused by the cost of energy and food products, which threatens the weakest in particular. "For these reasons I hope that, even in the intense and sometimes sharp dialectic of the electoral campaign, there will be, on the part of everyone, a constructive contribution on the aspects that I have indicated, in the best interest of Italy," he warned.

Draghi has spent these last few hours serene, with the peace of mind of having obeyed the multiple international calls and in Italy for him to stay. In the end, the thrust of the 5-Star Movement, Matteo Salvini's League and Silvio Berlusconi's Forza Italia prevented it. In a Council of Ministers convened to define the electoral date, the still prime minister took the opportunity to thank his cabinet for the work done. “I have very nice memories of these meetings and of the exchanges I have had with each one of you,” he told them, before returning to work until, perhaps, the far-right Giorgia Meloni –Brothers of Italy leads the polls– told him happen in office.

Silvio Berlusconi's opinion is very different. The right-wing patriarch broke his silence, accused by some of his followers of having sided with Salvini's populists, to say in an interview in La Stampa that Draghi had resigned because he was tired. “Do you know what Draghi said to a mutual friend? Enough, I can't take it anymore, here they make me work twice as much as at the ECB, "said the tycoon, noting that he has much more" experience, culture and savoir-faire "than the leaguer.

Announced the dissolution of Parliament, politicians began the electoral campaign. In a photo on Twitter, Salvini has already proposed as Minister of the Interior to once again close the ports to immigration.