Real Madrid will resume the league tomorrow, Friday, at Nuevo Zorrila against Valladolid. 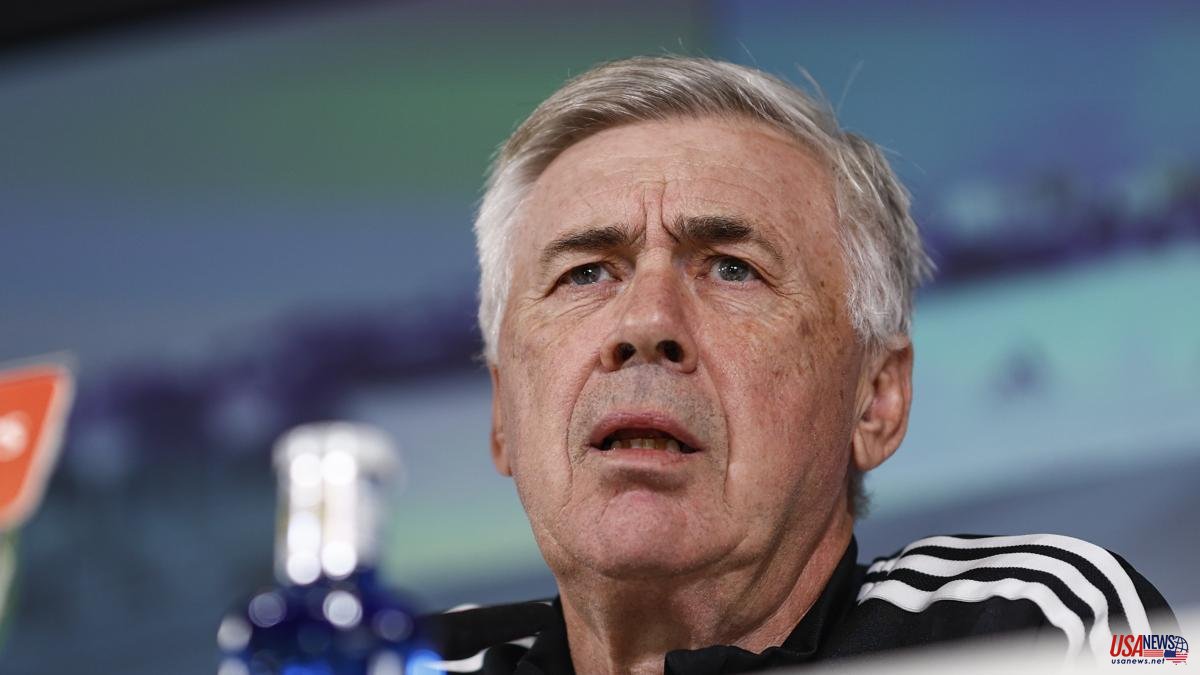 Real Madrid will resume the league tomorrow, Friday, at Nuevo Zorrila against Valladolid. Carlo Ancelotti appeared at a press conference this Thursday noon, 50 days after the last one. In his analysis of the World Cup, the Italian denied that Messi is for him the best player in history. Asked about it, he commented: "It's difficult to say. His career continues, whether he wins a World Cup or not. Is he the best in history? Well, I don't know, honestly. It's not so fair to say that. In each era he has There have been very strong players, a lot. It won't come out of my mouth to say that Messi is the best in history. I enjoy the best and I've seen Maradona, Cruyff; I train the current Ballon d'Or. I don't know who is the best of history" settled.

Ancelotti sees his squad as good. Starting today, the Italian has all his players at his disposal: "We're fine. We've recovered Benzema well, who was important. Those who have had vacations have also returned well, although I'm going to give priority to the players who have been here" , he pointed. The only one injured by a sprain is Mariano.

Ancelotti is cautious about what is going to happen now after a 50-day break for the World Cup: "Evaluating what is going to happen is very complicated because we fear a calendar that demands a lot. We have the Spanish Super Cup and the Club World Cup (in February in Morocco). Until March we have many games and we have to make a personal evaluation of each player. The players have to be put in good condition and the World Cup players had to be given rest. There are no more days off; until February 19 we play each three days".

Ancelotti is not in favor of signing anyone in the winter market: "The tickets are closed because we have a great squad. We don't know about the departures. Perhaps some players who play less want to leave. Regarding December 2022, I think we are better And although it is difficult, why are we not going to improve what we did last year?", he asked himself.

The coach gave a positive assessment of the signing of Endrick, the promising young Brazilian from Palmeiras who will join Madrid in the summer of 2024, when he turns 18: "He is a great player, a great talent. The club has reached an agreement with the family for 2024 and it's good news. I saw him last year and we talked a bit. We're happy and excited," Ancelotti said.

He was also in favor of the continuity of Asensio and Ceballos, who end their contract this June, although it does not make a drama if they leave: "I am not worried about the issue. I see everyone very plugged in. There are several players who are in this situation. Until June there is time. If the players want to follow me happy and if no, well also", commented.

Asked if the World Cup in Qatar confirmed the outdated nature of tiki-taka, Ancelotti denied it: "No. Touch is very important in football, but it is important to do other things to win matches. Sometimes you cannot win just with your touch." touch and it is necessary to do contras, a center or other things. You cannot obcecarte only with the touch. The soccer is much more", said.

Regarding the long added time that occurred in the World Cup matches, Ancelotti also expressed his opinion: "I don't know how it was done in the World Cup, but I believe that in the end, sooner or later, football will go to real time because at end is the easiest.