it's time to speed up

Speed ​​in professional politics is not only determined by a numerical value in the form of votes, but also by the direction you take, that is, by your symbolic value. 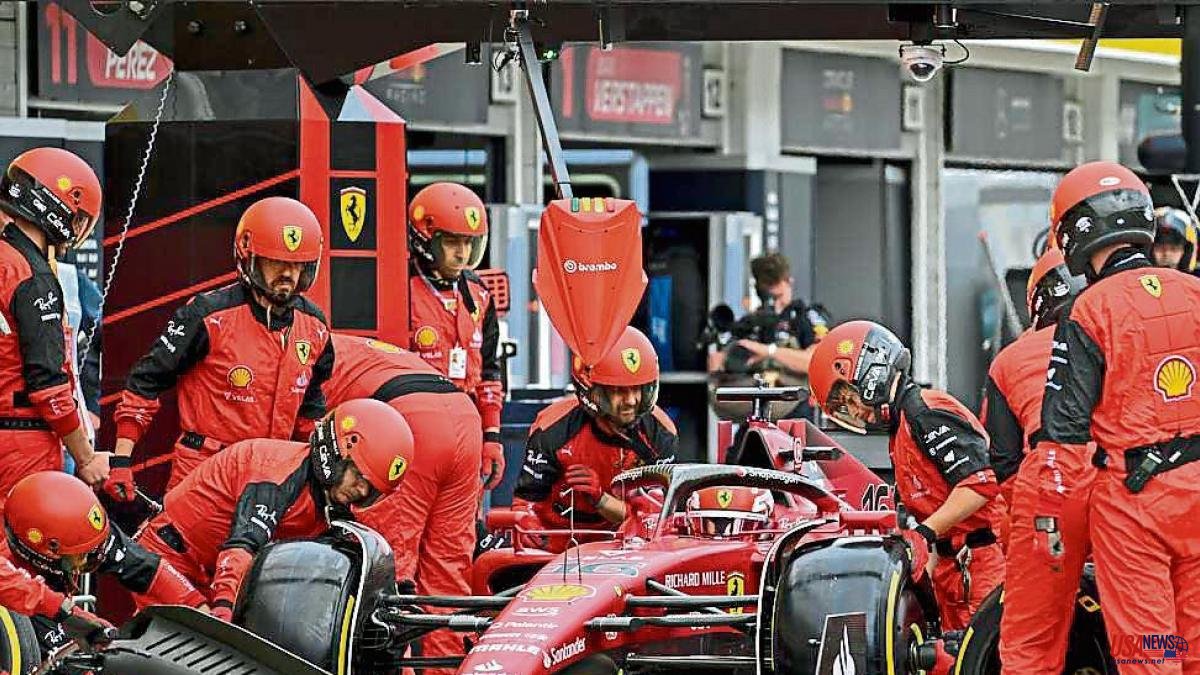 Speed ​​in professional politics is not only determined by a numerical value in the form of votes, but also by the direction you take, that is, by your symbolic value. This means that political acceleration occurs in three cases: because there has been a change in speed growing in a new political field or in your own bloc, because of a change of direction to the left or right, or because both have been achieved at the same time.

The political course is over and the President of the Government, Pedro Sánchez, following the simile, has closed it with a providential swerve to the left. Analysts question the president these days about his bet: Is he right to move to the left or should he recover centrist votes? Don't you now have a bigger problem in the polls on the right side? The success of the president, however, is absolute. His objective, once the turn is defined, is clearly to combine it with a faster car. Time is running out. And the new native Ferrari should be on the track as soon as possible. He has to speed up to break the apathy of an electorate that today does not care if the right returns to Moncloa. That is only possible if pilot and strategist transform the left side and the central space into a single political cause building the moment. The motion of censure, for example, was a cause in which their momentum converged. There have been more.

Accelerating is not the same for the pilot as it is for the strategist. The pilot is the absolute leader of the team. As such, he must win the race in changing conditions, but for this he has to have the necessary political material and, in the meantime, make decisions with what he has. In a team you have to understand the characteristics of the pilot and know his times. The main function of a Council of Ministers, a Cabinet or a party is that its president is, above all, a free politician. This is how it speeds up.

The strategist is the absolute leader of the car, he evaluates the numerous factors at stake and knows that accelerating is, above all, bringing the most likely future to the present by offering the best solutions for his driver. As Professor José Luis Villacañas points out, all political actors position themselves daily with respect to that future and do nothing but anticipate it with their decisions (consciously or not). The essence of acceleration, therefore, comes from our preventive capacity.

Pilot and strategist form a tandem. A knot that cannot be untied without knowing how it is made. The strategist sees the system as a whole, grasping the multiple interdependencies. The pilot knows that the value of any successful political diagnosis consists in the ability to adjust the focus of the proposals. In its thoroughness. They are usually small details that are seen or not. For example: 1) the growth of inequality in Spain in recent decades is due to the evolution of income from work and capital, and the limited redistributive capacity of taxes and benefits, which has practically not increased at all since 1990. 2 ) the richest 20% of Spaniards receive more than 43% of their income from paid employment; the greater weight of these incomes in total income is the source of inequality. And 3) for 12 years poverty in Spain has not only become more chronic but has a very young and female face.

Is Sánchez doing the right thing then by approving measures that are interpreted from the left? The question answers itself. The important thing about the new taxes is why and, above all, what for. Doesn't that make it central space? It's time to speed up. The pandemic and the war already project the most probable future: inequality should be a mandatory matter to be elected President of the Government in 2023. It is time to speed up. Faced with the coming autumn of fire and ice, the president is right to run away from immediate political gains, as long as he leaves a light on. Good ideas are accelerated only when they arrive on time. That's why he has to speed up.