Election day in Israel, which represents the fifth vote in just over three years, began with well-founded fears that it will not be able to break the political blockade. 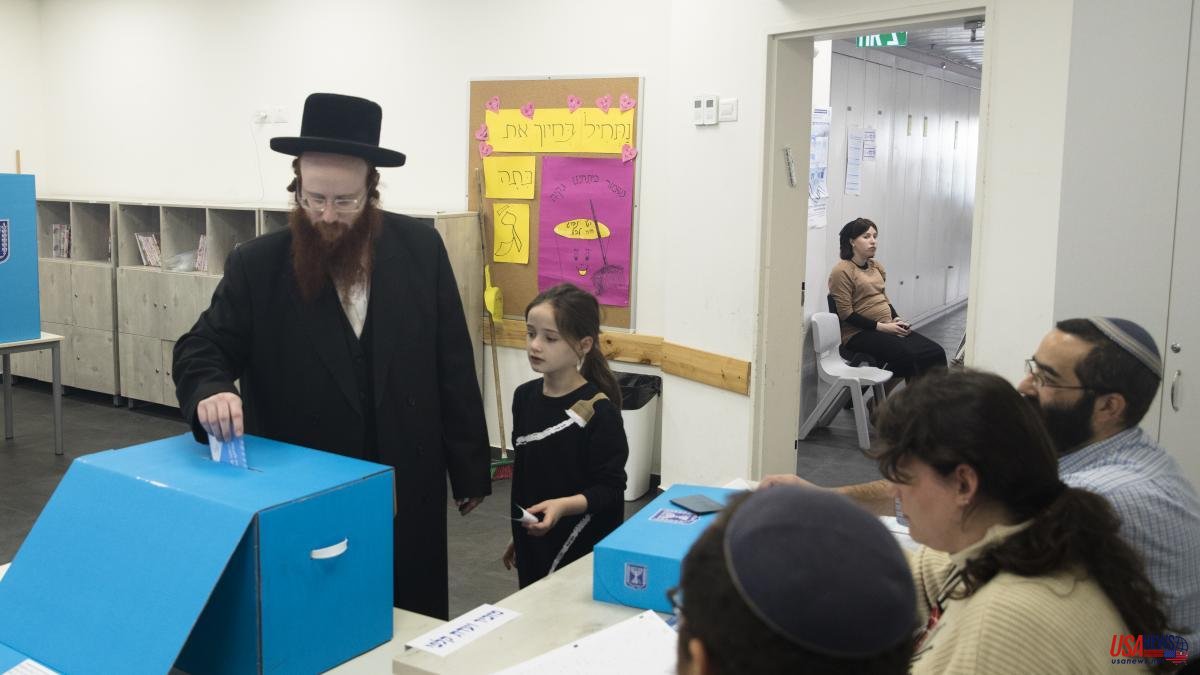 Election day in Israel, which represents the fifth vote in just over three years, began with well-founded fears that it will not be able to break the political blockade. With forecasts suggesting that none of the blocs would achieve the 61 seats dreamed of, 6,780,000 Israelis enjoy a holiday to exercise their democratic right. A priori, the right-wing Beniamin Netanyahu (Likud) is better positioned than the centrist Yair Lapid (Yesh Atid). Until Wednesday, the almost definitive results will not be known.

To take advantage of the day off, some Israelis chose to travel by plane, after circulating a false rumor that they could cast their vote at Ben Gurion International Airport. Upon arrival, they found that none of the 12,000 ballot boxes distributed throughout the territory was placed in the terminal. Instead, hundreds of Israelis living abroad returned to their country to vote. The electoral law does not allow expatriates to participate in the elections from abroad. The only exception is diplomats or members of the security forces stationed outside of Israel.

Given the volatile situation on the ground – there were two Palestinian armed attacks over the weekend – the Israeli army decreed a total closure of border crossings with the West Bank for the entire day. The night before, the Tzahal carried out multiple raids in Palestinian towns, seizing weapons and detaining four suspects.

Keren Neubach, public radio host Reshet Bet, opened her broadcast by recalling that "we are facing a fifth election in which there is practically nothing to talk about." She painted the picture as a fight to instill fear, with each side focused on talking about the tragedies that the other's victory would bring. Given the scant content debated in the campaign, the struggle is focused on defining the identity of the country: a liberal Israel; or a Jewish state based on halakhah.

The parties reserved a good part of their budgets and energies for this crucial day. Given the omens that a single deputy could tip the balance, political leaders and activists pounced on the undecided. Among the young people who made their debut as voters in the first round of 2019, apathy spreads: they feel that their votes have not yet contributed to setting the course of the country.

The current acting Prime Minister Yair Lapid, who began the day by visiting the grave of his father Tommy Lapid -a well-known journalist and former politician-, voted with his wife near Tel Aviv. “Go vote for the future of your country and our children. Good luck everyone,” he declared.

Netanyahu walked into a Jerusalem polling station surrounded by cameras and fans. “Participation rates in Likud strongholds are low. Go out and vote to defeat Lapid, Benny Gantz and Abbas”, he warned, referring to the centrist and Arab partners of the current prime minister. "I am worried, but I hope we end the day with a smile," added the opposition leader.

The star of the campaign, the extreme right-wing Itamar Ben Gvir –of Religious Zionism, who is aiming for third place-, voted in his settlement of Kiryat Arba (West Bank) in the face of enormous media expectation. "With a single vote, you will receive Netanyahu as prime minister and a clearly right-wing government," predicted the ultra deputy, who demands weighty ministries in a future executive.

Despite the wear and tear and the feeling of a loop, President Isaac Herzog called for "taking advantage of a right that millions of people around the world do not enjoy. It is a privilege to participate in a clean, free and equal process. All votes have an impact."