Israel kills a Palestinian teenager during a raid in Jenin

Dirar al Kafrini, 17, was killed by Israeli forces last Monday afternoon during a raid on the Jenin refugee camp. 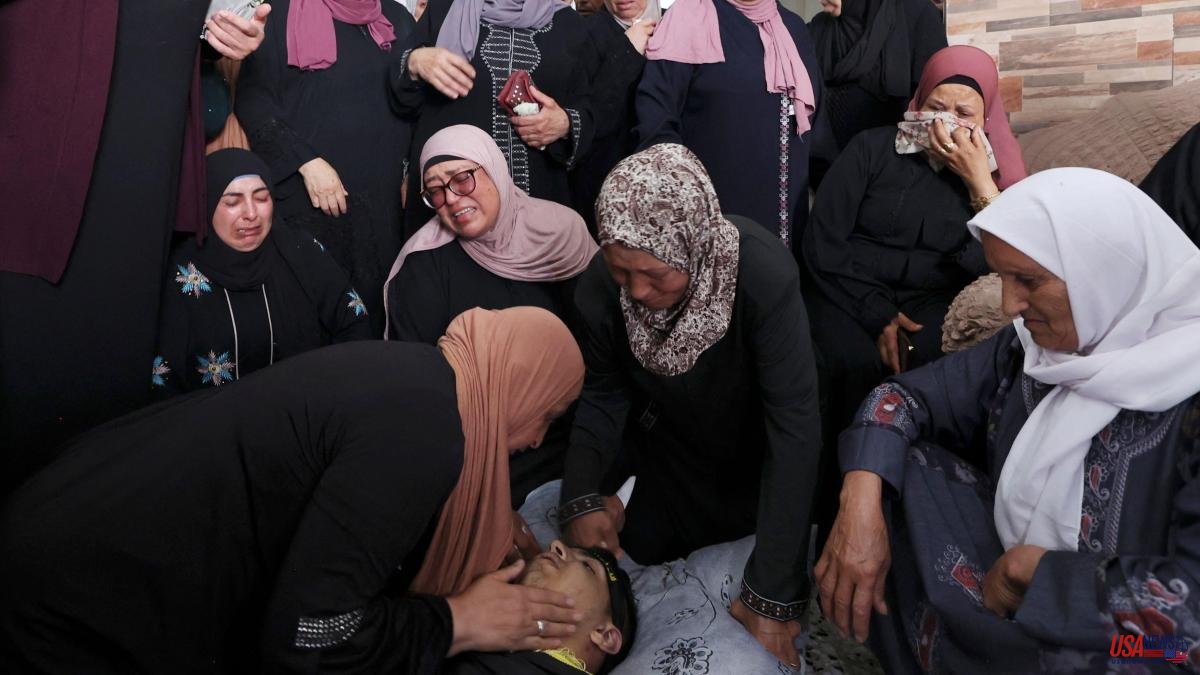 Dirar al Kafrini, 17, was killed by Israeli forces last Monday afternoon during a raid on the Jenin refugee camp. Shortly after the murder, a funeral procession filled the streets.

This Palestinian teenager is one more victim of the skirmish between the Israeli army and Palestinian fighters. The latest was the death of journalist Shireen Abu Akleh, who was reporting on one such raid in this northern region of the occupied West Bank.

According to the Palestinian Ministry of Health, another Palestinian was injured, although not seriously: he was shot in the leg and hospitalized in moderate conditions. Israeli soldiers also arrested one of the most important leaders of the Palestinian Islamic Jihad (PIJ) movement in the West Bank, Bassam al Saadi, along with his wife, Nawal, and his son-in-law, Ashraf al Jada. The family and the Palestinian Prisoners Society denounced the attack. Nawal, in fact, had to be hospitalized after the arrest.

The answer was immediate. That same Monday night, the armed wing of the Al Quds Brigades of the Islamic Jihada in Palestine announced "a state of alert and preparation among its combatants and active combat units" as a result of "the treacherous aggression" suffered by the sheikh and his family in Jenin.

The Palestinian Authority Penitentiary Affairs Commission also condemned the "barbaric detention" of Al Saadi. The head of the commission, Qadri Abu Bakr, stated that "they consider the occupation government fully responsible for the life of the prisoner Al Saadi and the execution of the martyr Dirar al Kafrini", adding that "the occupation does not stop attacking the Jenin camp and its residents. In fact, two of Al Saadi's sons were already killed in 2002 during the large-scale invasion of the camp.

On the other hand, the Israeli army stated in a statement that they had arrested "two suspects who had been transferred to the general security services for questioning." They justified the crossfire by arguing that their soldiers only responded to the attack by Israeli fighters. camp.

Al Saadi is a former prisoner who has been in and out of Israeli jails several times. He was last arrested in 2018, after five years of efforts by the Israeli army to locate him. Two years later, he was released.

The shooting between both warring factions has already claimed the lives of at least 60 Palestinians, a third of whom were from Jenin. It is not unusual in the region. Nearly every night, Palestinians are besieged by Israeli fire.