Israel discovers an "intact" burial cave from the time of Pharaoh Ramses II, 3,300 years ago

A funerary cave from the time of Pharaoh Ramses II, with ceramic vessels and bronze weapons, has been found "intact" in an Israeli park near the Mediterranean, a "unique and absolutely surprising" discovery, according to the Israel Authority on Sunday. 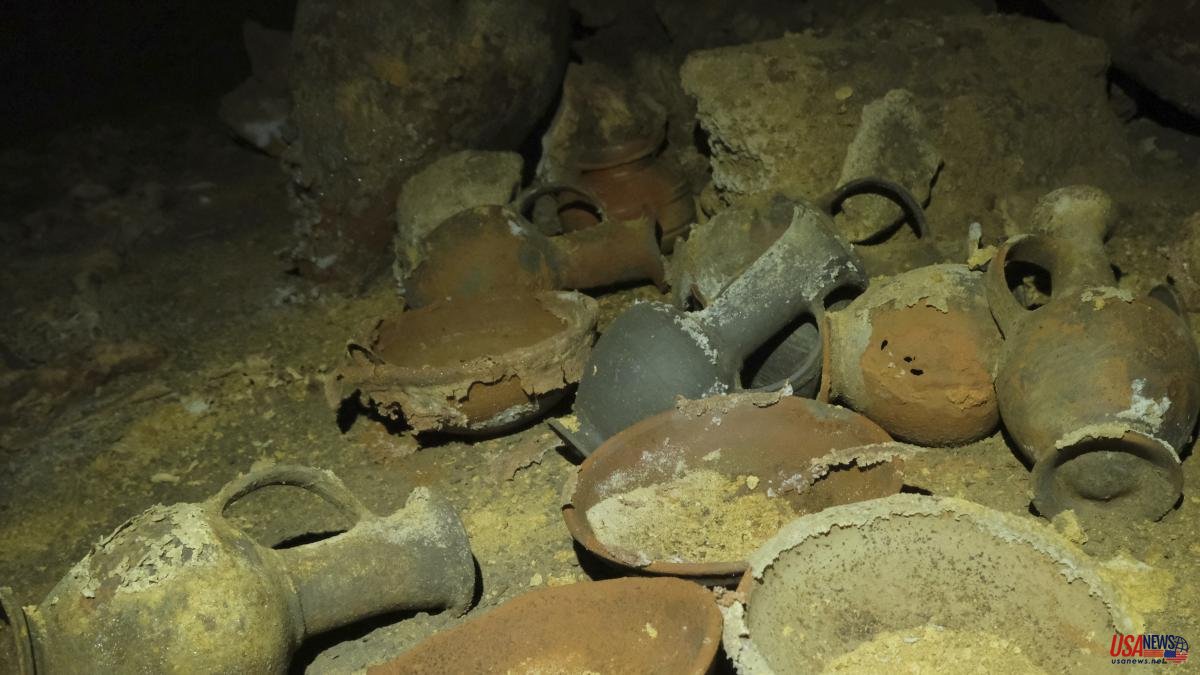 A funerary cave from the time of Pharaoh Ramses II, with ceramic vessels and bronze weapons, has been found "intact" in an Israeli park near the Mediterranean, a "unique and absolutely surprising" discovery, according to the Israel Authority on Sunday. Antiquities of Israel (AAI).

"It's like an Indiana Jones movie, going into the ground and finding everything there, as it was initially: ceramic pots intact, weapons, pots made of bronze, buried just as they were... it's just amazing," describes David Gelman, a member of the AAI.

The site was revealed last Wednesday when a mechanical excavator penetrated the ceiling of a cave in the Palmahim Beach National Park, in the center-west of the Hebrew country, during some urbanization works.

A group of archaeologists went to the site and descended a staircase "to the amazing space, which seemed to have been frozen in time", accessing the burial cave for the first time since it was sealed in the time of Ramses II, the pharaoh associated with the biblical exodus from Egypt, the AAI said in a statement.

According to Eli Eskosido, director of the institution, the find "is unique and absolutely surprising", and has received requests from many scholars to participate in the archaeological excavation.

The objects found inside the cave, preserved intact for 3,300 years, from the late Bronze Age, will be studied with modern scientific methods to understand the funerary customs of that time, said Eli Yannai, an expert on the Age of AAI Bronze.

During that period, "in the long reign of Pharaoh Ramses II, of the Egyptian 19th dynasty, the Egyptian empire controlled Canaan and provided secure conditions for extensive international trade. These economic and social processes are reflected in the burial cave, which contains vessels pottery imported from Cyprus and from Ugarit, on the north coast of Syria, as well as from nearby coastal cities," says the archaeologist.

The square-shaped cave with a central supporting pillar contained dozens of pottery vessels and bowls of different shapes and sizes, some painted red, footed chalices, cooking pots and lamps. Bronze arrowheads or spearheads were also found.

Although the burial cave is being guarded after being discovered, one or more looters managed to enter it and stole some vessels, reported the AAI, which is investigating the case.