Isidre Esteve: "The Toyota Hilux T1 will allow us to fight face to face with all our rivals"

Isidre Esteve (Oliana, 1972) warms up his engines to face his 18th participation in the Dakar rally, his eighth by car. 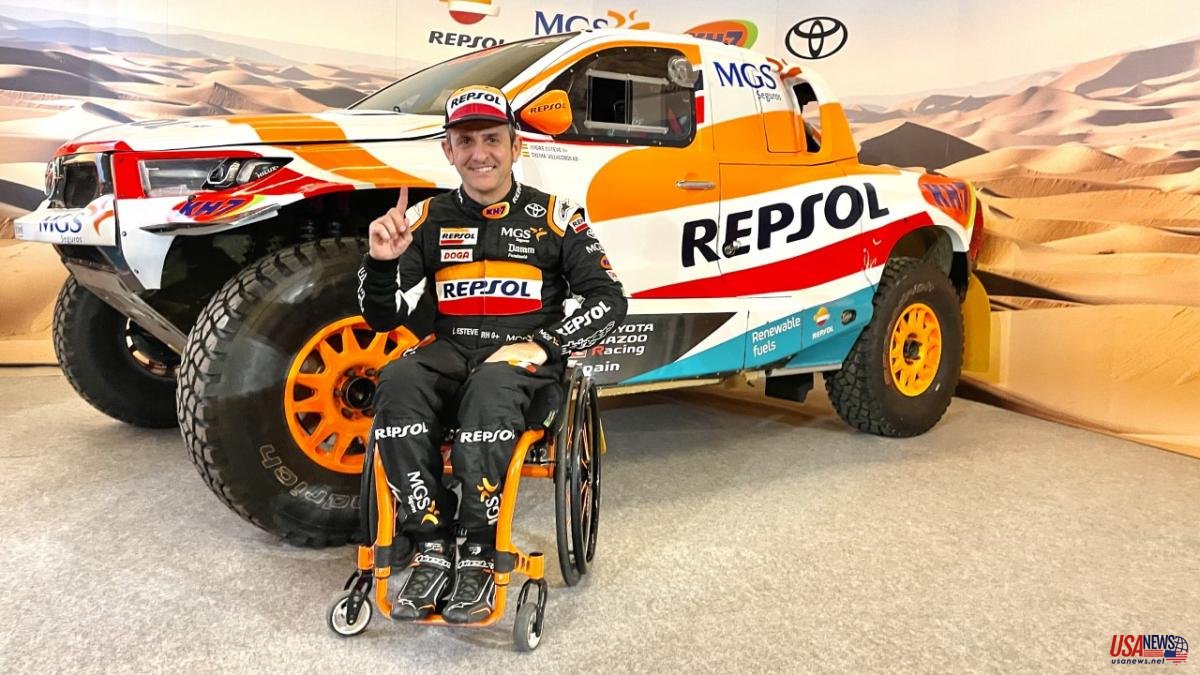 Isidre Esteve (Oliana, 1972) warms up his engines to face his 18th participation in the Dakar rally, his eighth by car. He will do it -from December 31 to January 15- with the Repsol Toyota Rally Team, with a Toyota Hilux T1, the black leg car of the rally, together with the Spanish oil company, MGS and KH-7.

Unlike previous participations, Esteve and his co-driver Txema Villalobos will have the best car available to face the Dakar; in fact, it is traced to the unit that Nasser Al Attiyah used to prevail in the 2022 edition. "We present the project of our lives, what we had dreamed of, with a car like the one we present, which will allow us to fight face to face with all the rivals”, he commented in Barcelona, ​​at the presentation of his project.

Its objective, undoubtedly, is to improve the previous results. "This year we have seen in Morocco and Andalusia that there are faster drivers and cars, but when there is navigation and complications we can be with them. It would be abnormal to be in the top 10, we cannot be with them; our group is from 12 º to 25th", the challenge of Oliana is set, which in its 7 previous editions by car signed a 21st place as the best final position (2018 and 2019).

"A stage victory? I would leave the Dakar happy if one day I won a stage. But for that to happen something strange would have to happen", Isidre Esteve practically rules out to be the fastest in a day.

The Hilux T1 is the black leg of the Dakar cars, the most advanced evolution of SUVs. They are the “supercars”, more competitive. “The change is impressive. It is a very different car from last year, all of it has gained muscle”, comments Esteve. “It is a car that allows us to go at a different pace, as we have been seeing in Morocco and Andalusia”.

In the two preparation races that he has carried out with the Toyota Hilux T1, he has had encouraging results, both in the top 10. In the Morocco rally he finished 7th overall, and in the Andalucía Rally he was 10th overall and 4th. º in T1 .

Compared to its previous Hilux T1, the T1 is noticeably larger. It has four basic differences, according to Esteve: “It is 24 centimeters wider, which gives it more stability; It has larger wheels, from 16 to 17 inches, so the wheel is 14 cm higher; the suspension has more travel, from 275mm to 350mm, so it absorbs more bumps; and the weight is more centered, with the engine centered, almost at the feet of the crew, which makes it more balanced. “This car is super stable, it doesn't even move, it gives me more security and confidence”, explains Esteve.

As a novelty, Isidre Esteve's vehicle, supplied by Repsol, will use gasoline that is 75% (of origin) renewable or biofuel in this edition of the Dakar. "There will be 6,000 liters of renewable gasoline available to Isidre to cover the entire Dakar rally," said Javier Ariztegui, Repsol's senior manager of product design.