Isco's message to Mbappé in his farewell letter from Real Madrid

Isco Alarcón puts an end to his stage as a Real Madrid player after nine years. 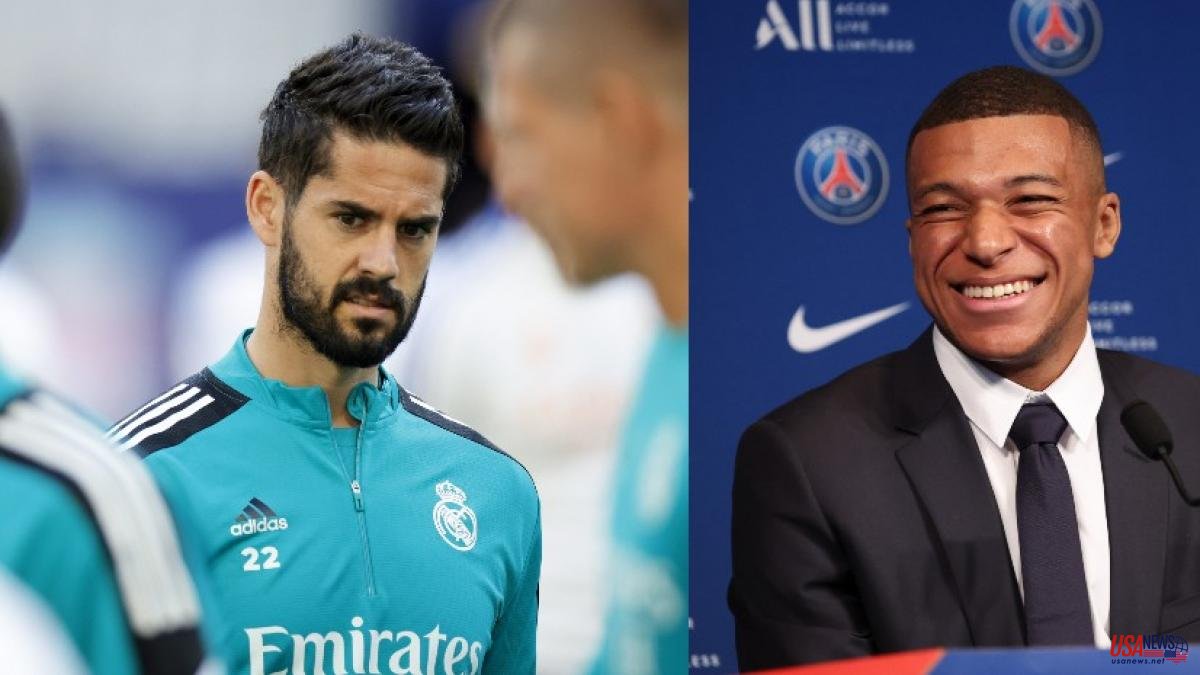 Isco Alarcón puts an end to his stage as a Real Madrid player after nine years. On June 30, his contract expires and he will be free to sign for another club. Despite the loss of minutes in recent seasons, the player from Malaga had his leading role in the first four Champions Leagues of the five that he has in his record.

That is why his teammates decided to keep him up during the celebration of the Fourteenth in front of the merengue fans who attended the Santiago Bernabeu. He also wanted to say goodbye to the white club publicly through social networks. He recalled a stage full of titles, thanking everything he experienced during that time and claimed to have fulfilled all his "dreams" as a footballer.

At the same time, he sent a message to Kylian Mbappé after he planted Florentino Pérez at the last moment to continue at Madrid. He is not the only member of the whites who during the celebration of the Champions League in Paris has remembered the Frenchman.

"When I was at Malaga and I knew I had to leave, I made a commitment to another team. But Real Madrid knocked on my door and Real Madrid cannot and should not be told no, although there are always exceptions", he wrote next to an emoji of the turtle, with which Mbappé is usually referred to.

"I remember telling my people that Madrid hasn't won the Champions League for many years and I have a feeling it's about to fall and the tenth has arrived. Everything that comes after is history. Nine years later, my stage at the club that has made may fulfill all the dreams I had when I was little," he added in a message on his social networks.

Isco was left with all the good that he has experienced in a stage in which he leaves his name written in one of the most glorious times of Real Madrid. "Apart from fulfilling dreams, winning more titles than I had imagined, playing with the greatest, meeting incredible people, I've had a hell of a time and they'll take my dance away from me."

"Because without a doubt I keep the good and I hope you do too. I want to thank my teammates, coaches, coaching staff, physios, kit men, Valdebebas and Santiago Bernabéu workers for all the work, love and support that everyone needs and that I have never lacked".

And he ended by thanking the Madrid fans for their affection. "I also thank the fans who welcomed me in an incredible way from the first day and who accompany this team in every corner of the world. By the way, yesterday I told a friend that I did not understand why they were hosting the Cibeles party if the 15 he's on his way", he joked after winning his fifth 'Champions'. "Hasta siempre y Hala Madrid", he closed in his farewell.