Isabel II dies "in peace" surrounded by her family, headed by her son Carlos, the new king

Queen Elizabeth II has died "peacefully" at the age of 96 surrounded by her family, headed by her son Carlos, the new monarch. 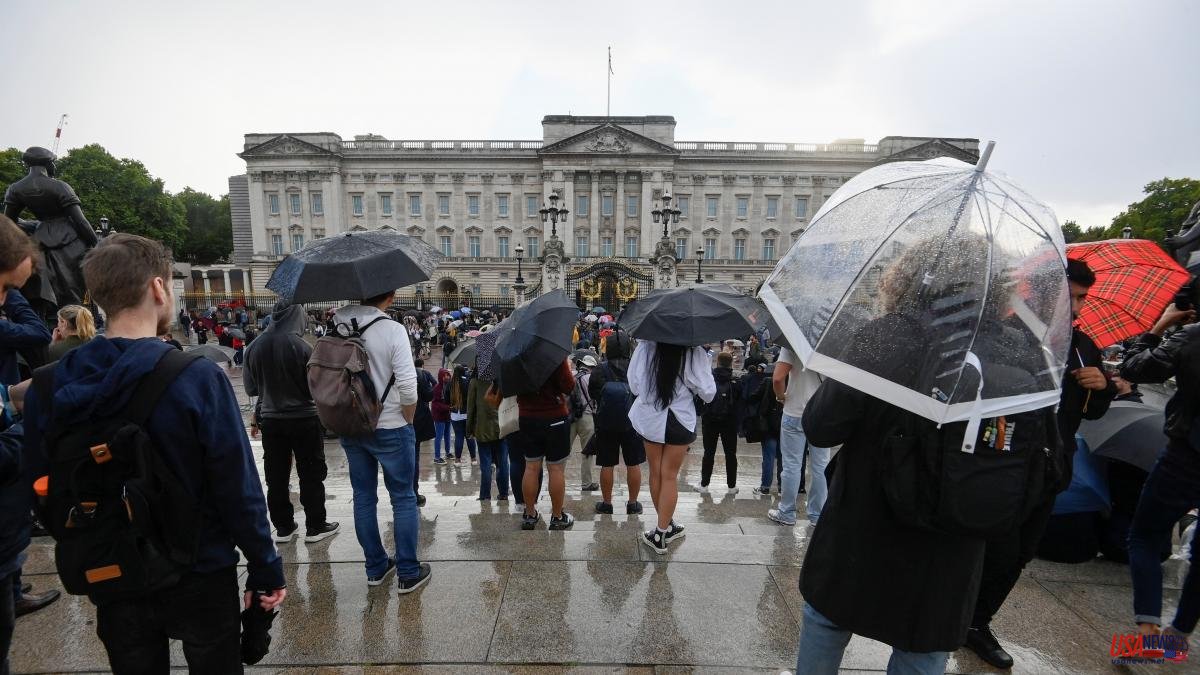 Queen Elizabeth II has died "peacefully" at the age of 96 surrounded by her family, headed by her son Carlos, the new monarch. "The Queen died peacefully at Balmoral this afternoon. The King and Queen Consort will remain at Balmoral tonight and return to London tomorrow," the British Royal House announced in a tweet.

The alerts had jumped in the early afternoon of this Thursday, after a statement from Buckingham Palace indicated that the sovereign's doctors were "concerned about the health of Her Majesty", reporting that she remained under medical supervision in the castle. of Balmoral, in Scotland, where he lived the last months of his life.

The imminence of the death was expected throughout the day because, to the medical statement, the information was added that the entire family and line of succession of the queen was moving to Balmoral, headed by Prince Charles, the heir until now, who He will be crowned as the new monarch, at the age of 73.

The Scottish airport of Aberdeen - 77 kilometers from Balmoral - experienced unusual traffic all day. Immediately, Prince William -new heir to the throne-, as well as Princes Eduardo, Ana and Andrés, the other three children of the monarch, along with Carlos, also traveled to say goodbye to the queen.

Another indication that Elizabeth II's death was imminent was the announcement that Henry, the queen's grandson who renounced his royal titles and rights, was also on his way to Balmoral, although the British media claimed that his wife, Meghan Markle, he would remain in London but he would not attend an awards ceremony that night that he had on his agenda.

The death occurred the day after the queen canceled a meeting of her Privy Council, after doctors ordered her to rest, after a week in which she had had unusual political activity, since on Tuesday she received outgoing Prime Minister Boris Johnson. , and her successor, Liz Truss.

Also throughout this Thursday, before the death was known, there were messages of good wishes and speedy recovery towards Elizabeth II from all levels, starting with the political class. The new prime minister, Liz Truss, pointed out that "the thoughts of all citizens are with Her Majesty the Queen and her family at this time", while the leader of the opposition, Labor Keir Starmer, spoke in terms Similar.

The news about the sovereign's health also disrupted parliamentary activity: the House of Commons interrupted its session to read a statement of support for the monarch.

The Archbishop of Canterbury, Justin Welby, primate of the Church of England, dedicated his prayers to Queen Elizabeth II on Thursday. "My prayers, and the prayers of people throughout the Church of England and the nation, are with Her Majesty the Queen today," the archbishop said on Twitter. The religious leader wished that "the presence of God offers strength and comfort to her Majesty, her family, and those who care for her" at Balmoral Castle.

Shows of support for the queen also came from abroad. United States President Joe Biden told UK Prime Minister Liz Truss on Thursday that her thoughts were with Elizabeth II. Biden conveyed that message to Truss during a video conference he held with other world leaders on Ukraine, US National Security Council spokesman John Kirby told reporters. "The thoughts of Biden and the first lady are firmly and honestly with the queen and her family," Kirby said before her death.

On the other hand, the BBC interrupted its usual programming to constantly broadcast information on the state of health of the sovereign with great media deployment.

Concern about the queen's health caused dozens of people to gather at the gates of Buckinham Palace in London during the afternoon.

The health of the queen, who has long experienced "mobility problems", had worsened in the last two days, since receiving Boris Johnson and Liz Truss at Balmoral.

Elizabeth II, 96, had celebrated her Platinum Jubilee on June 5 this year, which commemorated her 70 years on the throne, a record in British history.