Is it convenient to contract a variable mortgage in full rise of the Euribor?

The 12-month Euribor, used to calculate the interest on variable mortgages, has staged a spectacular rise this year. 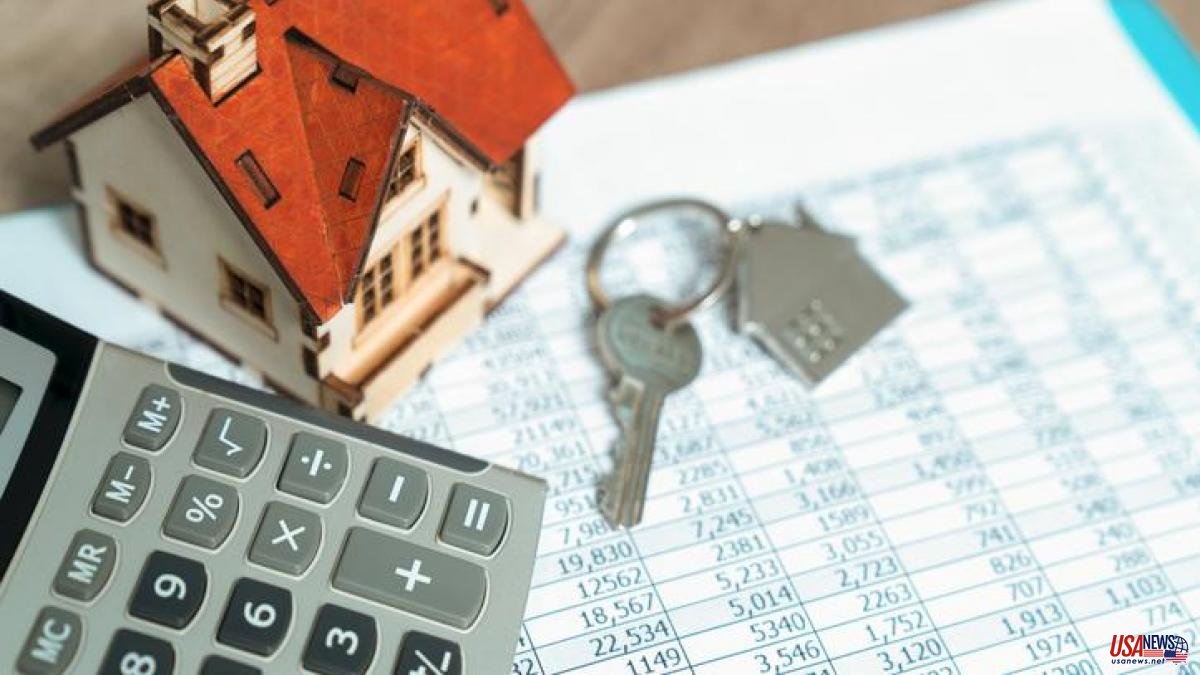 The 12-month Euribor, used to calculate the interest on variable mortgages, has staged a spectacular rise this year. After trading in January very close to its historical low (-0.477%), it rose to positive values ​​in April (0.013%) and closed September above 2% (2.233%), something that had not happened since 2009. In October it has climbed to 2.6%.

Given this rise, it is not surprising that most Spaniards prefer not to contract variable mortgages, since the rise in Euribor makes these products more expensive. According to the INE, the percentage of mortgage holders who have opted for this modality so far this year has been less than 30%. More than 70% have opted for the security of fixed mortgages, despite the fact that banks offer increasingly higher interest rates.

The bank, however, prefers that its clients mortgage themselves at a variable rate, since that way they will earn more money due to the rise in Euribor. And to achieve this, numerous entities have chosen to lower their spreads (the part that is added to the index to calculate the interest) to attract applicants towards this modality. According to the financial comparator HelpMyCash.com, they have been especially aggressive after the summer holidays, when the Euribor exceeded 1% and 2%: at least five banks opted for this strategy in September and October.

The rebates occurred, according to HelpMyCash, between mid-September and early October. That is, just after the ECB raised its rates from 0.5% to 1.25% (at the end of October it raised them again to 2%). This measure, among other consequences, will cause the Euribor to continue climbing to 3% before the end of the year, according to analysts at this comparator.

The objective pursued by the bank with this policy is clear: to seduce its clients with low spreads so that they contract variable mortgages. With a rising Euribor, these products are more profitable for entities, since their interest will rise periodically in parallel to this index and their fees will be, consequently, more and more expensive.

Lowering their spreads, furthermore, does not mean a loss for the banks. According to HelpMyCash, the average interest on variable mortgages offered in August was Euribor plus 0.85%. Calculated with the value that this index had in July (0.992%), that rate was 1.842%. Now, on the other hand, it stands at the Euribor plus 0.80%, which translates into an interest of 3.023% if the September record (2.233%) is used as a reference. In other words, getting a variable-rate mortgage today is actually more expensive than it was a few months ago.

Does that mean that variable mortgages should not be signed? Not necessarily. At the moment, the Euribor is trading on the rise, but it is impossible to know what the evolution of this index will be in the 20 or 30 years that the term of a mortgage loan can last. It is possible, for example, that it will go down again in a few years and remain at relatively low values, which would be beneficial for those mortgaged at a variable rate.

In other words, these products may be suitable for clients who want to take risks because they believe that the Euribor will fall in a short time. Of course, it must be very clear that having a variable interest rate can be dangerous, since the mortgage payments will rise if this index is quoted on the rise. For this reason, HelpMyCash only recommends contracting a variable rate loan if you have sufficient financial capacity to face monthly payments with a Euribor of 3%, 4% or up to 5% (its historical maximum).

For customers who value stability more, on the other hand, a fixed mortgage may be more convenient, as long as its interest is around 3% or below (higher is not very competitive).

If you don't find a good offer of this class, you can also opt for a mixed type. Thus, at least, you can enjoy a fixed interest for the first five, ten or 15 years (generally lower than that of a fixed mortgage), although the rate will become variable once that period has elapsed.