The NBA is a very attractive competition during the regular season and, above all, the playoffs. 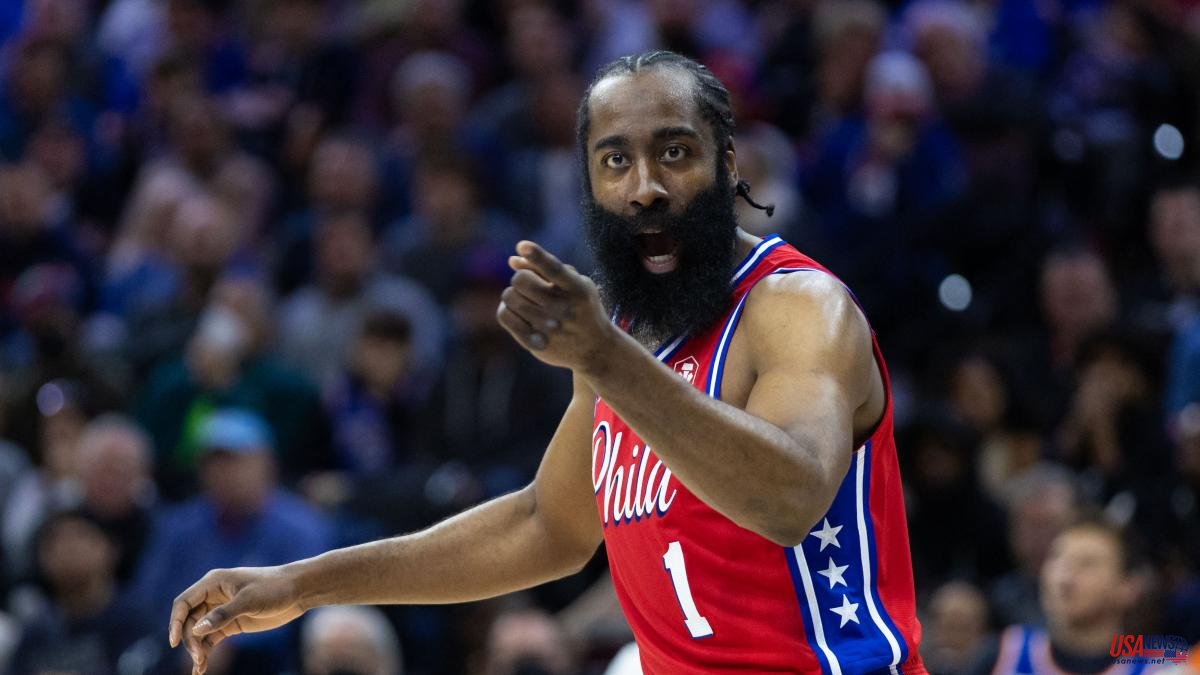 The NBA is a very attractive competition during the regular season and, above all, the playoffs. Spectacular dunks, distant triples, passes without looking or baskets over the buzzer; emotion is a common ingredient and having matches every day also helps. However, when there is no basketball, the attractiveness of the league remains. The hustle and bustle of the draft, the exchange of players as if they were cards and the negotiations with the great stars who become free agents, that is, who end their contractual relationship with their franchise, always give a lot to talk about.

Some of the league's heavyweights have already made their decision public. One of them is Kyrie Irving. The base of the Brooklyn Nets aimed to star in the soap opera of the summer. This season he has only been able to play 29 games due to the regulations in New York that required him to be vaccinated against the coronavirus in order to play (he is not, he is a convinced anti-vaccine) and his team was swept in the first round of the playoffs by the Boston Celtics. Discarded the interest of the neighbors, the Knicks, in his acquisition, the Los Angeles Lakers were the only serious candidate to take over his services.

With a player option of 36.5 million on the table, that is, with the possibility of choosing whether he wanted to fulfill the last season of his contract with the franchise or become an unrestricted free agent and have total freedom to negotiate his next relationship with another team, Irving has decided to take the money and exhaust his contract with the Nets. This is how it is on paper, because Brian Windhorst, a journalist from ESPN, assures that the Lakers have not yet given up the player. Now, his only option would be to look for a transfer, something that seems complicated by the few pieces of interest they have and the situation of another of the players with a powerful line of argument in the face of free agency.

Russell Westbrook, as ESPN journalist Adrian Wojnarowski has assured, will also exercise his player option to, a priori, remain linked to Los Angeles for another year, earning 47 million. His poor performance and his difficult fit with two players who monopolize a lot of the ball in attack such as LeBron James and Anthony Davis cause the interest of the franchise in seeking a transfer. However, beyond the typical rumors, no other team seems to have a place for the 2017 MVP. For the first time since 2010, he dropped below 20 points per game, and he also did not come close to 10 assists and 10 rebounds, something remarkable when be the player with the most triple-doubles in NBA history.

On the other hand, the immediate future of James Harden seems clear that it will go through the Philadelphia 76ers. Like the other two, he had a player option worth 42.7 million, although he has decided to decline it. In principle, as reported by Wojnarowski, he plans to negotiate a new contract with the franchise and is even willing to give up the maximum salary (if they gave it to him, he would earn 150.8 million in three years) with the aim of leaving room for the team to build a more competitive project. Although he has meshed better than expected with a ball grabber like Joel Embiid, accepting the role of second sword and distributor, his performance is no longer (nor expected to be) that of the Rockets.

The decision of Bradley Beal, Washington Wizards shooting guard, has also been made public. Underrated by many, he has been on the team for ten years and has made the playoffs in five, never getting past the second round. In all this time he has emerged as one of the most effective and constant scorers in the league, averaging 22.1 points per game with a 45% accuracy rate.

This season he had a player option of 37.2 million that he has decided to reject. Therefore, as of July 1, he will be an unrestricted free agent. In this way, two possible scenarios are proposed: a five-year contract for the maximum (250 million) with the Wizards or one for four seasons in any other franchise. He is, without a doubt, one of the succulent stars that will be available on the market this summer.

Free agency, however, won't officially open until July 1. While these great players who were willing to be free agents due to their contractual situation have already announced their decision, others are waiting, considering their options and buying time to negotiate. Here are the top names.