Iranian police have opened fire and launched tear gas to disperse protesters who showed their outrage at the death of Mahsa Amini, after the funeral held today in Saqqez. 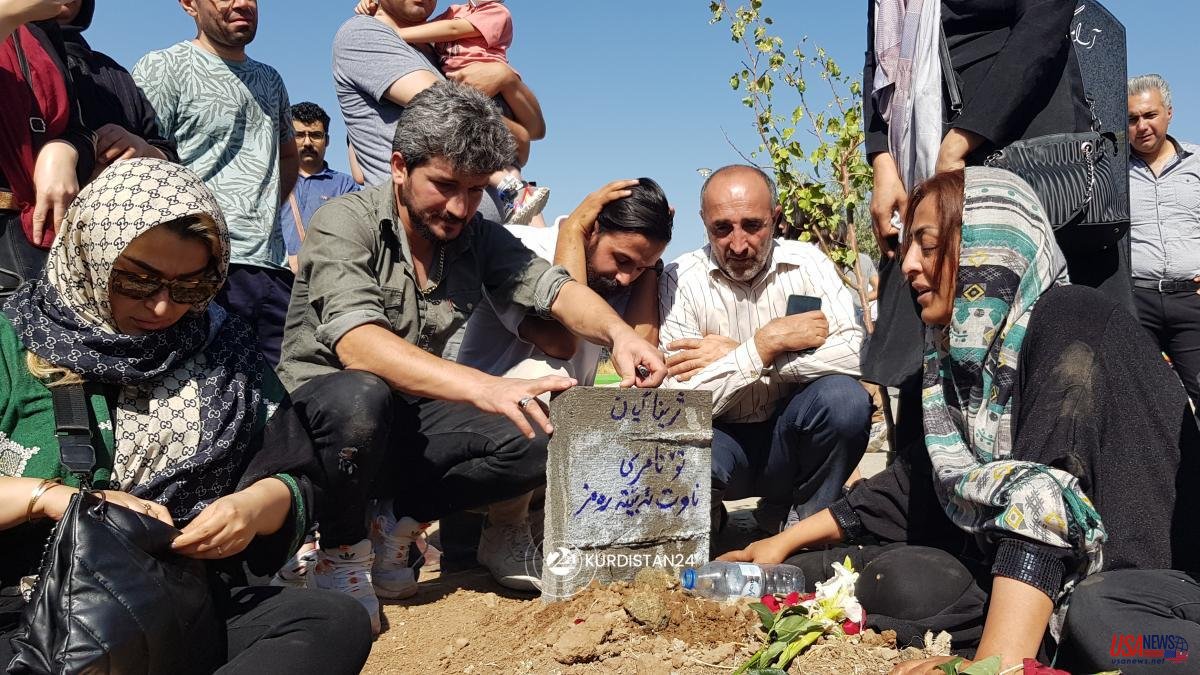 Iranian police have opened fire and launched tear gas to disperse protesters who showed their outrage at the death of Mahsa Amini, after the funeral held today in Saqqez. At the moment the number of injured is unknown, but the videos posted on social networks by witnesses show that the repression has been harsh.

The 22-year-old woman was arrested and tortured by the police for wearing the Islamic veil wrongly.

Shouts such as "Death to the dictator," a reference to Supreme Leader Ayatollah Ali Khamenei, have been heard during the demonstration, and some protesters have thrown stones and burned banners bearing his face.

Police have charged at them using tear gas and shots have been heard. The videos show at least one man injured.

In recent months, rights activists have urged women to publicly remove their veils, a gesture that could risk arrest for defying the Islamic dress code as the country's hardline rulers crack down on "immoral behaviour". .

Videos posted on social media have shown cases of what appeared to be heavy-handed actions by morality police units against women who had removed their hijab.

The wave of outrage caused by this vile murder has been such that even the United States government demanded that Iran end violence against women.

"Mahsa Amini's death after injuries sustained in custody from an 'improper' headscarf is appalling. Our thoughts are with her family," State Department special envoy for Iran Robert Malley said on social media.

In the same message, Malley said that "Iran must end the violence against women exercising their fundamental rights" and stressed that "those responsible for her death must be held accountable."

The 22-year-old was arrested on Tuesday afternoon for not wearing the veil correctly and was taken to a police station to attend "an hour of re-education," her family denounced.

Hours later she was admitted to Kasra Hospital in the capital in a coma after suffering a heart attack.

The news began to spread like wildfire on social networks, where many users expressed their outrage.

The president of Iran, Ebrahim Raisí, ordered this Friday an investigation to clarify what happened.

Raisí's ultra-conservative government has increased pressure in recent months for women to comply with strict rules of dress and conduct.

Thus, the feared vans of the so-called Morale Police are more visible than before in places like Tajrish Square, in the north of Tehran, full of women who have been arrested for not wearing the veil properly.

The veil has been mandatory since the 1979 revolution led by Ayatollah Ruholá Khomeini, who declared that without it women were "naked".