News related to arrests of activists who oppose the mandatory use of the veil, who fight for women's rights or for greater freedom in the world of art, especially cinema, have increased again in Iran in recent months until the point that reminds us of the hardest moments of the government of former radical president Mahmud Ahmadinejad, who ruled Iran between 2005 and 2013. 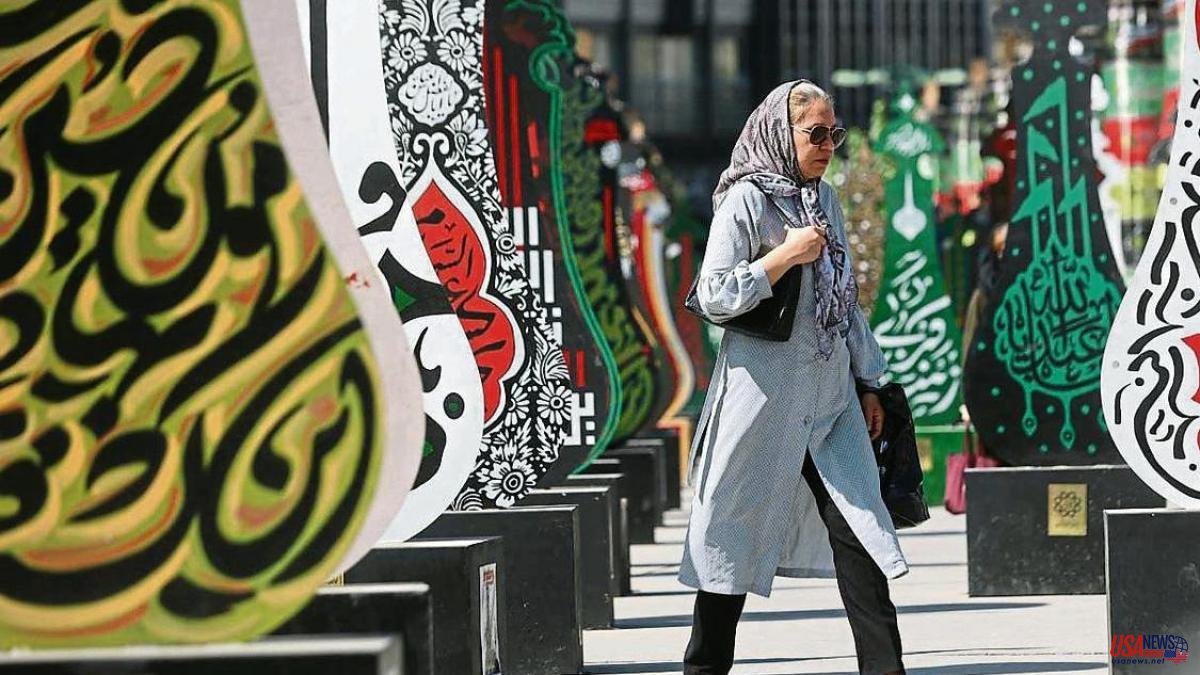 News related to arrests of activists who oppose the mandatory use of the veil, who fight for women's rights or for greater freedom in the world of art, especially cinema, have increased again in Iran in recent months until the point that reminds us of the hardest moments of the government of former radical president Mahmud Ahmadinejad, who ruled Iran between 2005 and 2013. The latest announcement that has shocked local activism is related to Zahra Sadeqi Hamadani and Elham Chubdar, two 31-year-old women and 24 years who have been sentenced to death for supporting the LGBT community.

The sentence was confirmed yesterday by the Irna news agency, hours after the non-governmental organization Hengaw, which documents human rights violations, announced that it had received news that the Urumia region prosecutor's office in northwestern of the country, had notified these two women of what their outcome would be. Since the establishment of the Islamic Republic in 1979, homosexuality in Iran is punishable by death; but activists who fight for the rights of the LGBT community have denounced in recent months that the persecution currently extends to those who advocate for their rights on social networks. They are accused of spreading "propaganda".

According to the NGO Hengaw in its statement, both activists were accused by the Urumia Prosecutor's Office of the crime of "corruption on earth" through "promoting homosexuality", "promoting Christianity" and "communicating with the press opposed to the Islamic Republic ”. These accusations would be linked to the case of Zahra Sadeqi Hamadani, known as Sara, who had told her story in a video that she recorded before her arrest last October, when she was trying to cross the border between Iran and Turkey. . Sara had been part of a documentary recorded by the Persian BBC in the Iraqi Kurdistan region – where Sareh lived – about the life of the members and activists of the LGBT community in this part of the world. “I was detained in Iraq for 21 days for my interview with the BBC. I was tortured and put in solitary confinement,” she said.

In the message that she left with other activists, Sara assured that she was leaving this testimony "so that you understand how much pressure we are under." The woman would end up being arrested when she tried to escape to Turkey and days later the Tasnim agency, related to the Iranian Revolutionary Guards, announced that a network that sent minors to Irbil and supported homosexuals had been dismantled. Many activists linked both cases and the organization Amnesty International sent a letter to the Iranian judiciary about the risk of executing the activist.

Months later, on July 27, the Revolutionary Guards intelligence department released a statement presenting Sara as “the leader of the largest gang of Iranian girls forcibly brought to Iraq by traffickers.” In her letter they accused her of "promoting homosexuality, gambling, fraud and illicit sexual relations and publishing it in cyberspace." Sara ended up spending a further 53 days in a solitary cell in Urumia, West Azerbaijan, where she reportedly had no access to a lawyer. The investigator in the case also accused the detainee of promoting Christianity because she attended a church in Iran and wore a cross necklace. The practice of Christianity is approved in Iran but not conversion, which can be punished by imprisonment.

This is not the first time that members of the LGBT community have been punished with the death penalty, but what has drawn attention is that the sentence of both women comes at one of the greatest moments of repression in recent years.

Since Ebrahim Raisi's rise to the presidency in August 2021, the authorities have launched a strong campaign against behavior that promotes Western values ​​and against some religious minorities, such as the Baha'is. Days ago, the arrest of at least eleven young people of this denomination in the north of the country was known. Yesterday it was also learned that the Government plans to use facial recognition on public transport to identify women who wear the veil incorrectly, in addition to existing measures such as cameras on different city streets that identify car license plates. in which women travel with the veil fallen.