The ongoing protests in Iran are rattling the national soccer team, whose preparation for Qatar has been disrupted by its stand against a crackdown on women. 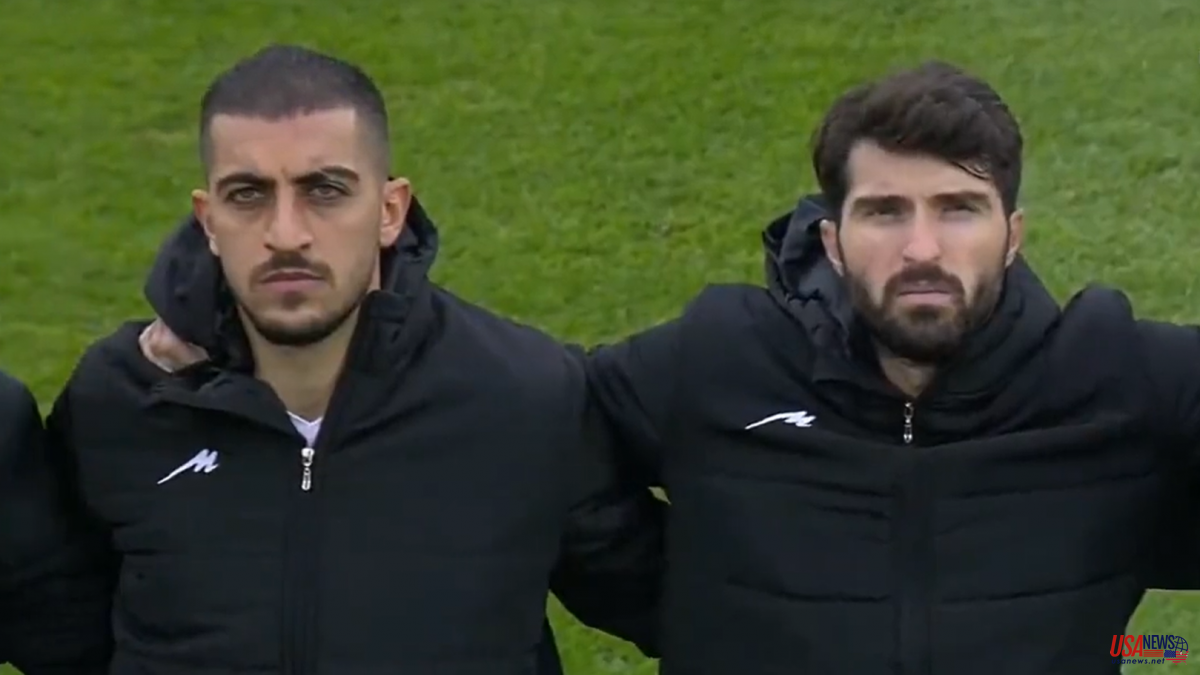 The ongoing protests in Iran are rattling the national soccer team, whose preparation for Qatar has been disrupted by its stand against a crackdown on women. The last gesture of support was seen in the preview of the match they played against Senegal near Vienna, where the players covered their shields while the national anthem was played.

Thus, the protest movement that has shaken the country since September 16 over the death of 22-year-old Mahsa Amini, three days after her arrest in Tehran for violating the dress code, has found support from the influential football team. Protesters gathered outside the stadium chanted slogans hostile to the Tehran authorities and called on the national team players to support the ongoing movement in Iran.

"We are here to implore (the team): please support us instead of opposing us," said Mehran Mostaed, one of the organizers of the rally. “Of course there are repercussions for a footballer who expresses his support (for the movement), because in Iran the consequences are really important for those who oppose the regime. But clearly they have to be prepared to suffer the consequences,” he added.

The Iranian players wore a black jacket devoid of a shield and hiding the national team shirt at the time of the presentation of the teams against Senegal, without however giving any explanation for this gesture. More than any other, the statements of the national team's star striker, Sardar Azmoun, who plays for Bayer Leverkusen, are particularly relevant.

"This cannot be erased from our conscience. What a shame," he posted. Subsequently, his comment was deleted and the content of the player's Instagram account, followed by some five million people, disappeared for several days. After the friendly with Senegal, in which Azmoun, who entered the second half, scored the tying goal for his team (1-1), his Instagram account resurfaced and the player apologized for the positions of the.

"I was not pressured to write or delete a comment on Instagram," he explained, adding, "There is no division within the team." "I apologize to my teammates in the national team because my rash actions have led to insults from bloggers towards them and disturbed the peace and order within the team."

Other big names in Iranian football have followed suit, including Mehdi Mahdavikia, the former captain of the national team, who accused the authorities of "ignoring the people". For his part, Ali Daei, a legendary player in his country, urged the regime to "solve the problems of the Iranian people instead of resorting to repression, violence and arrests."